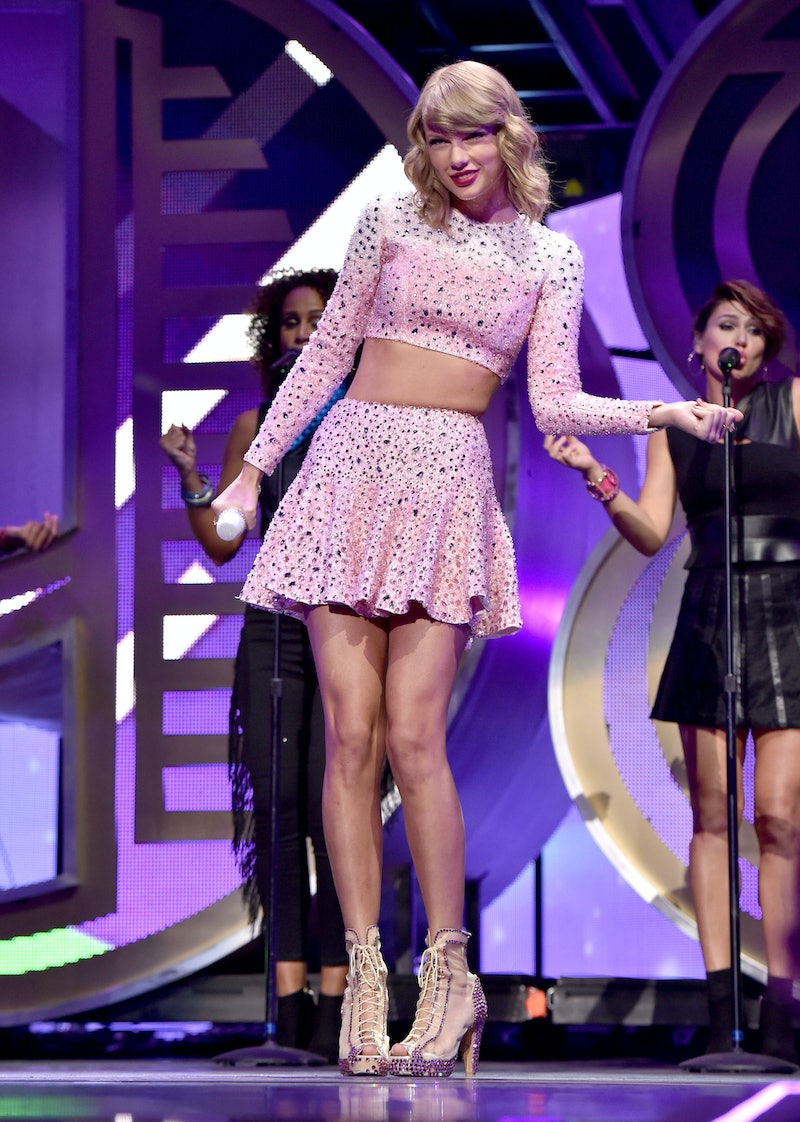 Basically Taylor Swift can do no wrong lately. I swear, it's like everything she does automatically makes me want to become one of her best friends. First there was that pizza party she threw for fans where she literally let them hang out in her apartment. Then there's the fact that she named her cat after Olivia Benson from Law & Order: SVU. And my favorite moment? When T. Swift realized she's a feminist and shared her epiphany with the world. Further proving just how serious she is about the subject, Swift recently voiced support for Emma Watson's U.N. speech.

Swift was on a French Canadian talk show on Sunday night, where she discussed the topic of feminism and Watson's incredible #HeForShe speech. She said,

I wish when I was 12 years old, I had been able to watch a video of my favorite actress explaining in such an intellectual, beautiful poignant way the definition of feminism. Because I would have understood it and then earlier on in my life I would have proudly claimed that I was a feminist. I just think that a lot of girls don't know the definition and the fact that Emma got up and explained it is an incredible thing and I'm happy to live in a world where that happened.

So much yes to that statement!

Not only did Swift show she had Emma Watson's back, but she also defended Miley Cyrus in the best possible way. It perfectly ties into the idea she mentioned about supporting other women, instead of tearing them down:

Ugh, Tay. I couldn't be more proud! The even better news is that she's not the only one showing support for Watson's message about equality. Tons of other stars, including Tom Hiddleston, have been voicing its importance. Just like Swift said, I'm happy to live in a world where this happened.