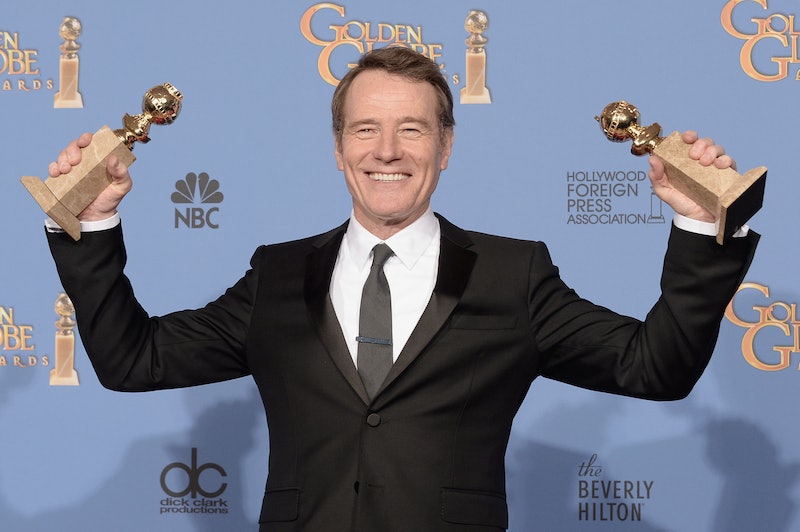 Good news if you're missing Breaking Bad as much as I know I am (which is, to say, a lot): According to EW, Bryan Cranston's next film The Infiltrator sounds at least distantly related to the former AMC series. You know, without Jesse Pinkman, Saul Goodman, the backdrop of New Mexico, and all that pesky meth that Walt caused so many problems with.

The film is based on Robert Mazur's autobiography of the same name, and Cranston will indeed be portraying the lead role as Mazur himself. Plotwise, the story follows customs agent Mazur as he goes undercover as a money launderer — something Walt did in Breaking Bad quite often! — named Bob Musella, and travels to Colombia to infiltrate big players in the mafia. Sure, Cranston will be playing a good guy, but he'll be acting like a bad guy who launders money, so at least there's a little similarity to Breaking Bad there. Scant, but in this post-Breaking Bad, pre-Better Call Saul world, we have to take what we can get.

The Infiltrator will begin filming next year in London, Paris, and Florida, which is probably the weirdest combination of filming locations ever.