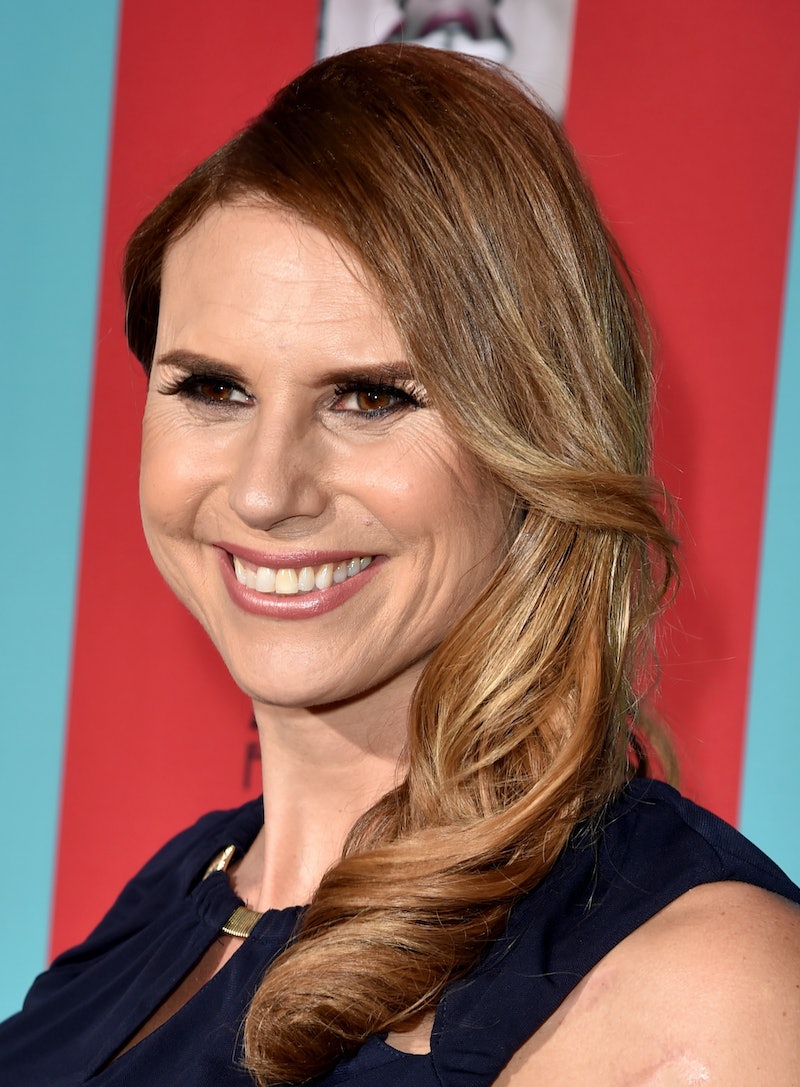 Are you ready for the show? The new season of AHS is almost upon is. And along with familiar faces on American Horror Story: Freak Show, come a few new ones like transgender actress Erika Ervin as "Amazon Eve" (the name is also Ervin's nickame thanks to her 6'8" frame). In an FX interview series titled Extra-Ordinary Artists, directed by Ryan Murphy himself, (video below) the former Hemlock Grove actress discloses that while she auditioned by pretending to be someone she was not, Murphy ultimately cast her as a character inspired by, well, Ervin herself.

She also says that the role she read for was originally written for a man. “I auditioned for the part as a guy,” Ervin says, "...slicked back my hair, no makeup, flannel shirt, bound my breasts, dropped my voice, and walked in and nailed it.” Yet, Murphy preferred the real Ervin to the person she tried to be for the audition, which is pretty fantastic.

Ervin was assigned the male gender at birth and given the name William Ervin. She identifies as a woman and revealed to a Swedish talk show that “I transitioned from male to female back in 2004. Some people think that I have been dishonest about it. But I learned to keep it a secret, because people out there don’t accept it.” Now, on AHS, Ervin has the chance to show the world exactly who she is and that's a wonderful thing.

What's more is that she says the role has allowed her to do some self-exploration as well, both as trans and as a woman: "There's a lot of pressure that women are placed under to be small and weak. I'm stronger just because I'm bigger." She says American Horror Story: Freak Show will speak to "the narrative of extraordinary bodies" and celebrating our differences. That community that we all crave no matter who we are and what secrets we feel compelled to keep. "It's more than just a freak show. There's a family here," Ervin says in the interview.

This is fantastic news because while it's important for trans stories to be told in media and pop culture — Jeffrey Tambor's Transparent and the now infamous case of Dallas Buyers Club come to mind — who's telling them is just as important, and luckily, Ervin represents another rare instance of trans women telling trans stories. And while we don't know much about the AHS character Amazon Eve, watching Ervin join Orange is the New Black's Laverne Cox as a trans actress on a high profile series means that change is happening sooner rather than later.

Earlier this year, in an interview with Bustle's Kelsea Stahler, Cox spoke about trans women's employment rates and this particular casting issue. As the article points out, "the goal of casting trans people in trans roles isn’t just an issue of representation and an opportunity to allow trans people to tell trans stories, it’s also a matter of combatting disheartening unemployment rates in the trans community as well." It's frustrating watching the same problematic things happen year after year. Speaking out against them makes a person sound like a broken record, so a little bit of progress goes a long way.

It's like Ervin says in Extra-Ordinary Artists: "I know I'm not the first. I'm moving forward."