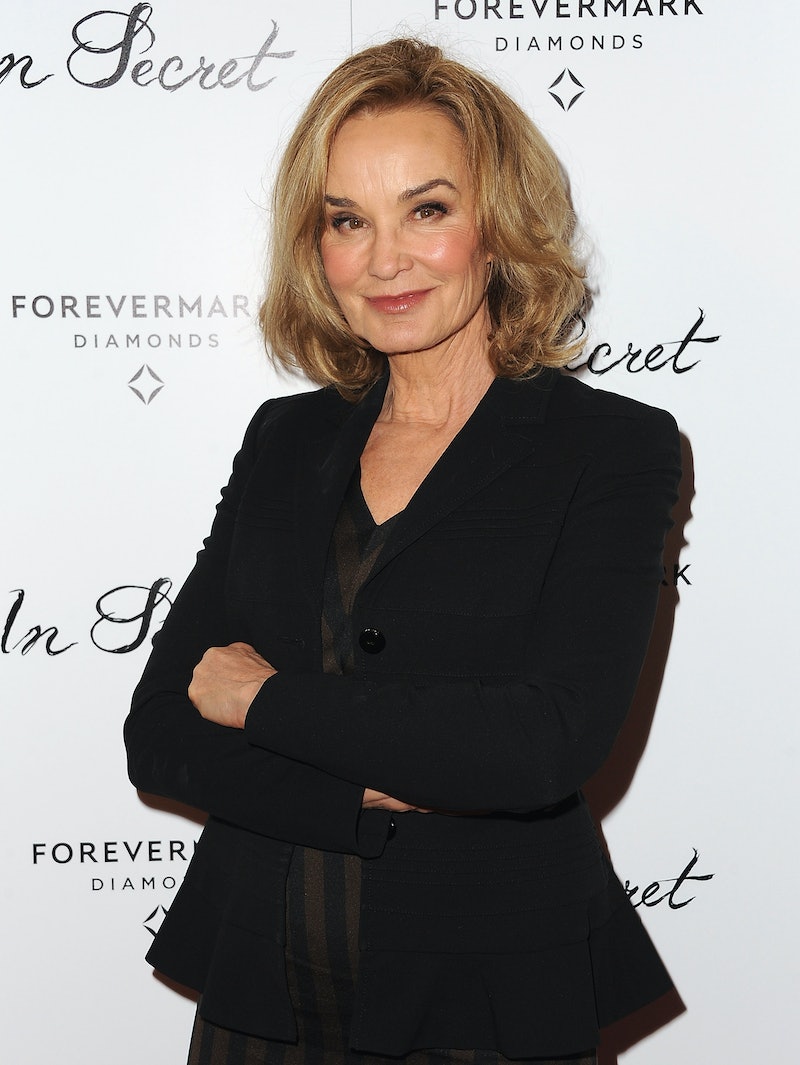 Two things in this life are for certain — Fiona Goode would never be a fan of Glee and IF she ever deigned to watch it, Rachel Berry would be in the Top 5 on her hit-list. So, it doesn't surprise me one bit that Jessica Lange snubbed Lea Michele on the red carpet at the American Horror Story: Freakshow premiere in truly the most epic shade-throwing of all time. Even if it was inadvertent. Clearly being considered among Ryan Murphy's favorites does not best friends make. But I really think it's because Lange would've 100 percent offed Michele's Rachel Berry if she were on American Horror Story: Coven. A Supreme has no time to entertain those less powerful than she.

Thankfully, an astute Vine-user caught the quick moment where the Glee star takes a pause from posing for the cameras in her fabulous crushed velvet dress to greet the Emmy-winning AHS veteran. And Lange just blows right past her like a wildly superior wind that could level an entire city — Fiona Goode would be pleased. It's awkward — so awkward — but at the same time, delightfully perfect. Because, even as I watch it for the 900th time as I write this, I'm imagining a crossover episode of AHS: Coven and Glee.

Can you see it? Rachel Berry turns up at Miss Robichaux's Academy (after her foray into television fails), only to irritate Fiona so much that she kills her, not because she's threatened that she's the next Supreme, but because she just so does not have time for her eagerness and self-importance. (Unfortunately, Berry wouldn't get her "Surprise, Bitch" moment.) Do you need help visualizing?