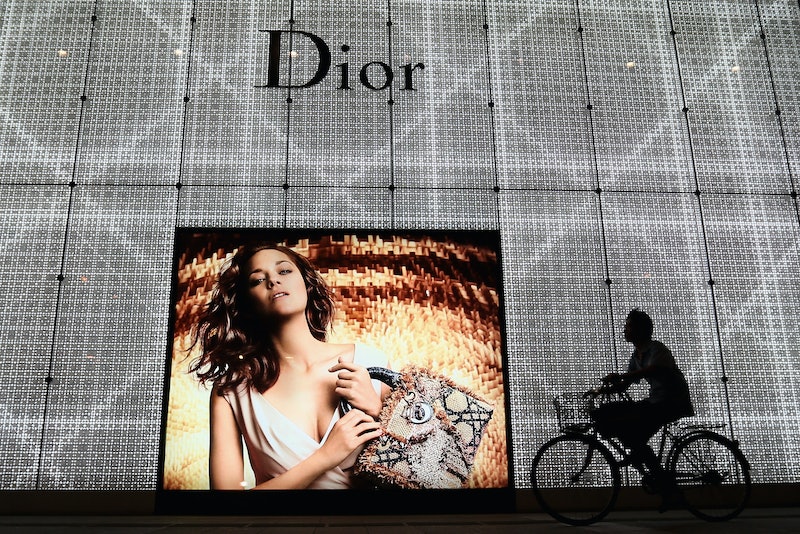 Great news for women in fashion: this week, luxury goods conglomerate LVMH signed a charter pledging to appoint more female leaders to its brands. The company, which counts Dior, Fendi, Givenchy, and Marc Jacobs among its subsidiaries, committed to a similar effort in Europe last year. Now they're bringing the female love to their stateside brands.

LVMH's group executive vice president of human resources and synergies, Chantal Gaemperle, told WWD, "When we speak of talent, the majority are women since they make up 74 percent of the workforce." And that's a lot of women: LVMH now has some 120,000 employees spread over 70 brands, she says. Since fashion has historically been a female-driven industry, that doesn't come as too much of a surprise, but still, cue a collective fashion girl happy dance (heel-conscious moves, of course.)

Hang on just a hot second, though: only 37 percent of the leadership roles are held by women. Sure, that statistic isn't bad compared to many big-name companies -- only 16.9 percent of corporate board seats of Fortune 500 companies were held by women last year, which makes 37 percent look like a pretty big number. But because LVMH (or LVMH Moët Hennessy - Louis Vuitton S.A. if we're getting real fancy up in here) is largely made up of women on the whole, it should stand to reason that the gender balance of lower-level workers and executives would be similar.

Progress takes time, though, and Gaemperle has had some pretty great accomplishments over the past seven years at LVMH. According to British Vogue, initiatives that have been launched under her direction, like development and training program EllesVMH, have accounted for a 10 percent rise in women occupying leadership roles in the company.

This is another move in the right direction, and one that's exciting for women who are in the business side of fashion. You know what they say: one small step for LVMH, one giant leap for fashion.