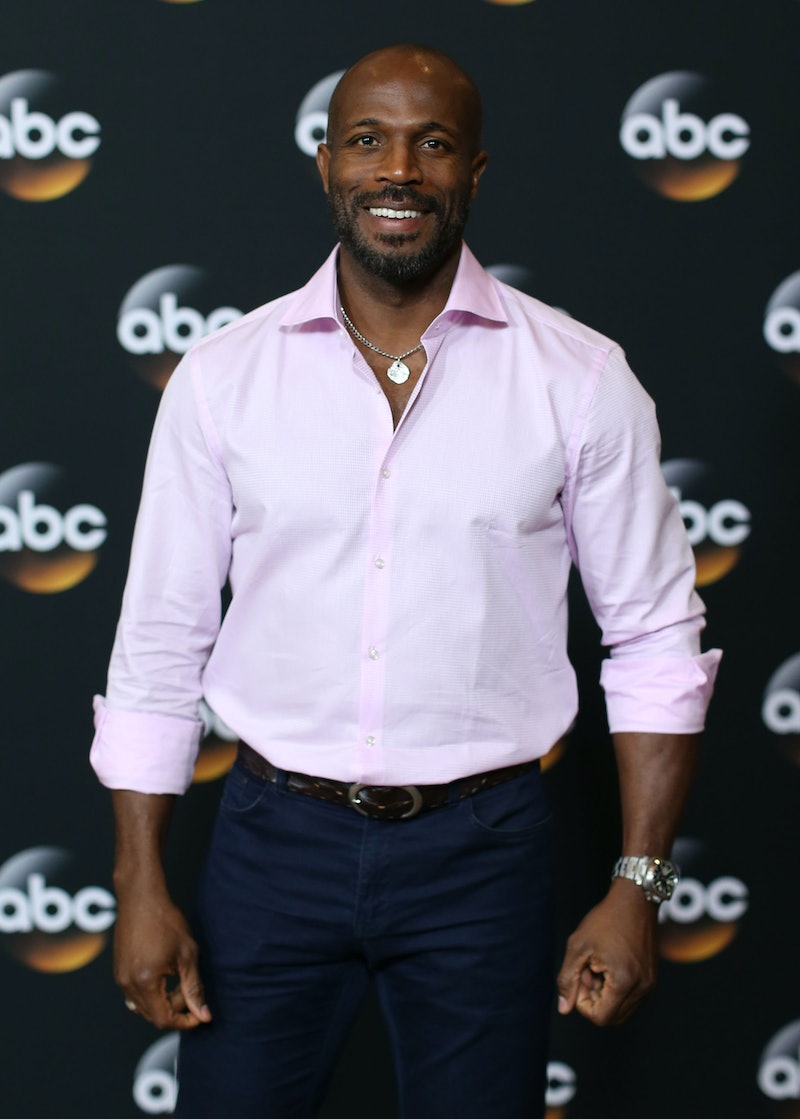 Viola Davis' Annalise Keating is in a real pickle at the moment on ABC's newest hit series How To Get Away With Murder. On the one hand, she's got a handsome husband who may or may not be the killer of a young college student with whom he may or may not have been having an affair. And on the other hand, Annalise Keating has a sexy cop boyfriend who is also married himself... and whom she got suspended from the force in order to win a trial. She's really between a rock and a hard body here. Yes, I know that's not the actual saying but have you seen the actor who plays her boyfriend, Detective Nate Laehy? You'd be forgiven for recognizing his face but not his name, as actor Billy Brown has been popping up all over the big and small screens for years.For those of you who need a break from staring at Brown on How To Get Away With Murder, give me a few minutes to remind you where you've seen him in the past — that way you can resume your staring and maybe move on to other shows while you wait in agony from week to week for new episodes of this soapy, dramatic, intense, ridiculous, awesome new show. If you, like me, thought the only reason to watch How To Get Away With Murder was for Viola Davis, Brown proves how wrong we were. Thank goodness.

He's has had a few small scenes on films like Lakeview Terrace with Kerry Washington and the Star Trek reboot, but his main claim to fame is television.

Perhaps one of his most recognizable roles comes from his work as Detective Mike Anderson on Showtime's Dexter. Brown's new detective showed up at the Miami Police Department and into Dexter and Deb's lives in Season 6 and while getting quite the introduction where he made fun of Debra's new status as Lieutenant, he did very little else until he is finally shot and left for dead on the side of the road after trying to help a mobster change his flat tire. Nonetheless Anderson was a no-nonsense cop who actually tried to get stuff done in a department that's pretty lousy at catching killers.

He's Got The Following

Brown once again gets saddled with the task of playing a member of the law enforcement in Fox's The Following as Troy Riley. Riley was a member of the Behavioral Analysis Unit and he aided Ryan Hardy and Mike Weston in the Joe Carroll followers case. He was tasked with protecting the wife of a known follower and did his job well, yet again. However, the wife of the follower turned out to be a Joe Carroll wacko as well and she killed Riley during his protection detail. Another police job, another death.

But salvation comes in the form of a leather jacket as Brown was cast in Sons of Anarchy as August Marks the former number 2 to crime boss and drug kingpin Damon Pope. Marks was introduced in Season 5 and currently runs Pope's business after Pope died in Season 5. August and Jax have a complex relationship that is being tested in Season 7 as Jax becomes consumed with revenge for his wife's death which he believes happened thanks to the Chinese gang. It's nice to see Brown playing against his normal cop type.

And I must not be the only person who agrees that Brown is capable of more than just playing a man in blue as CBS also cast him in the short-lived but much hyped series Hostages with Toni Collette as surgeon Ellen Sanders and Dylan McDermott as FBI agent turned presidential assassin hopeful Duncan Carlisle. Brown's character, Archer Petit, was one of the people on Duncan's team to kidnap the Sanders family and force Ellen into killing the President during surgery. But because the show fizzled in ratings, it was cancelled after its 13-episode first season and Brown's character was yet again killed off. Can't the poor guy just stay alive for once? His Sons of Anarchy character probably won't last too much longer. It's Sons Of Anarchy's final season for goodness' sake.

Let's hope his Detective Nate on How To Get Away With Murder will stick around for a long time. Despite yet again being a cop, it'll be nice to see Brown play man in blue with some questionable morals that are caused by a strong and powerful woman.