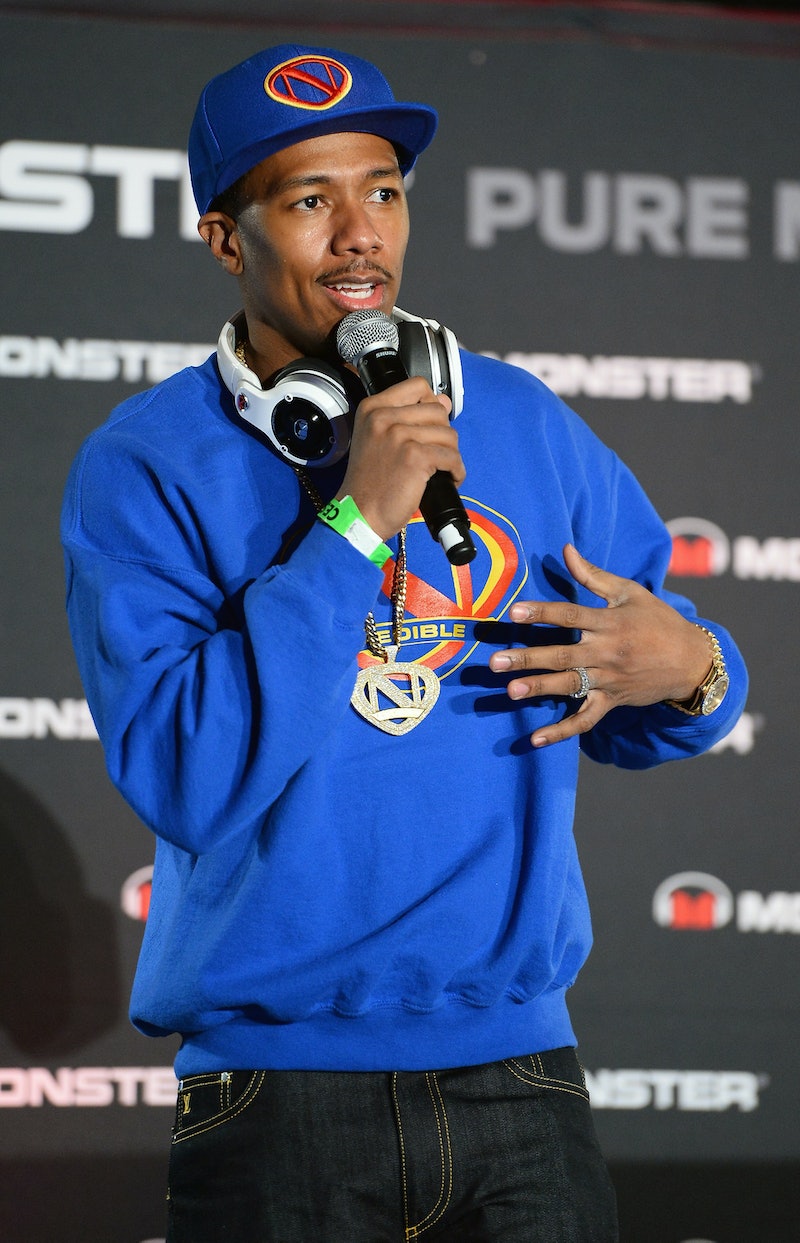 The Nickelodeon family is tight as ever even after years of stars flying the coop — or rather, kid's network. We all remember the days of yore when Amanda Bynes and Nick Cannon were just members of the junior version of SNL, All That, and now, considering the recent tabloid reports of Bynes' erratic behavior — many of which are rumors and should be taken for a grain of salt — her fellow Nickelodeon alum has spoken out in her defense. During a recent interview with Huffpost Live, Nick Cannon admitted that Amanda Bynes reached out to him via text a few weeks ago before reports of Bynes acting out came under media attention yet again.

Cannon stressed that Bynes was "family" to him, that he felt that the conversation was important to have because of their relationship, but more importantly, that the coverage of Bynes' mental condition in the media was unfairly represented.

If this was a person who was in a mental hospital, would you do the same thing? But just because she's someone that is a public figure, we feel like it's fun to [make fun of her]. But no, this is someone who needs help, and rightly so, she was getting help. And I'm pretty sure she'll continue to get help again. It's things you have to deal with your entire life.

Many tabloids are making Bynes' situation out to be high drama, an actress simply acting outlandish, but it dilutes a serious behavioral issue, and rather than making it into a conversation to learn more about the reality of the situation, to actually deal with it, they're mocking it and calling it crazy. No one understands the seriousness of what Bynes is going through to be sure, but the increase in rumors, the label that she's just plain insane, and the jokes aren't helping anyone.

Last year, when Bynes' behavior first caught media attention, Cannon wrote an open-letter about Bynes, calling her his "sister" and asking the media to proceed with more sensitivity to her situation. He also admitted that while he used to brush off questions about his former co-star with a joke, he now understood that her psychiatric condition was "no laughing matter." Cannon wrote:

Right now, Cannon has a point that just because she's a public figure, the media and even Twitter users believe it's OK to mock her. She really needs this time to focus on herself, and in the meantime, she shouldn't have to stand up for herself to combat ridiculous gossip.

"My heart goes out to her," Cannon said. "I pray for her daily."