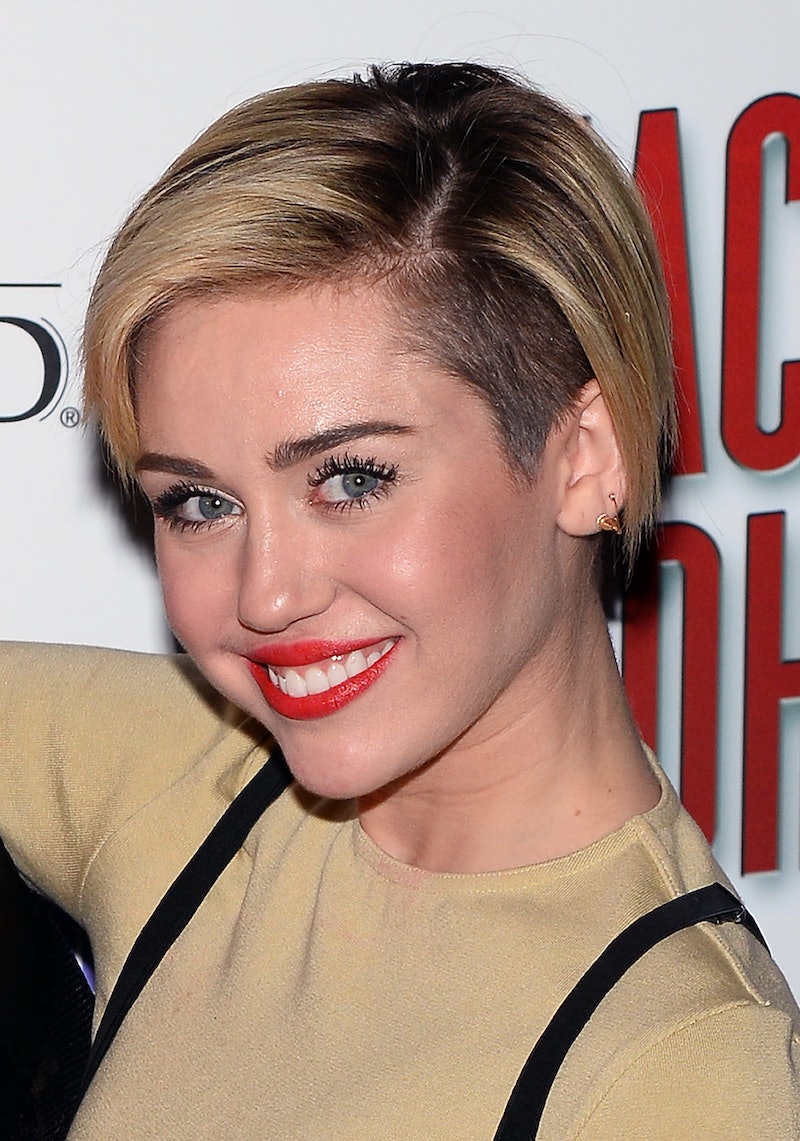 Miley Cyrus' name just can't stay out of the headlines. Whether she's directly involved in an incident or not, if Miley is even faintly associated, she becomes the major part of the story. The latest instance of this is that Miley Cyrus' company is being sued by a model named Yolande Ngom who was attacked by a dog, named Feather, owned by Miley's sister Brandi Cyrus. Brandi's apartment is owned by Smiley Miley Inc. which it what connects Miley to all of this, and Ngom lives in the same apartment complex. Miley was not present for the incident.

The model claims that the attack came out of nowhere, unprovoked and that she is now suffering from lost modeling wages in addition to unpaid medical bills. Apparently, the attack "savagely ripped open her right thigh," and Ngom is not able to model again. She added that Miley had employees who were present at the time and that they could have controlled the dog, but basically let it happen. There are no photos or video footage publicly available, but if this is went down the way Ngom describes, I am sure Miley and her company will step up to the plate and take responsibility for whatever they may be required to as owners of the property. Why do I say this? Well, Miley has been a very strong animal advocate in the past. She has adopted several pet dogs and was very memorably devastated by the death of her beloved dog Floyd earlier this year.

Given her past behavior, I don't believe that Miley would condone humans letting this type of behavior occur. Miley has connected with the Pets Alive Animal Sanctuary via her social media accounts and is a strong advocate for the proper treatment and training of animals. She has also saved animals through Spot! Dog Rescue, an organization that saves animals from high-kill shelters and finds them homes. Instead of asking for gifts on her 20th birthday, Miley had her fans donate to Spot!.

As someone who loves animals and wants animals to be loved, Miley is probably heartbroken by this incident and I am sure she will step up to do whatever is right in relation to this case.