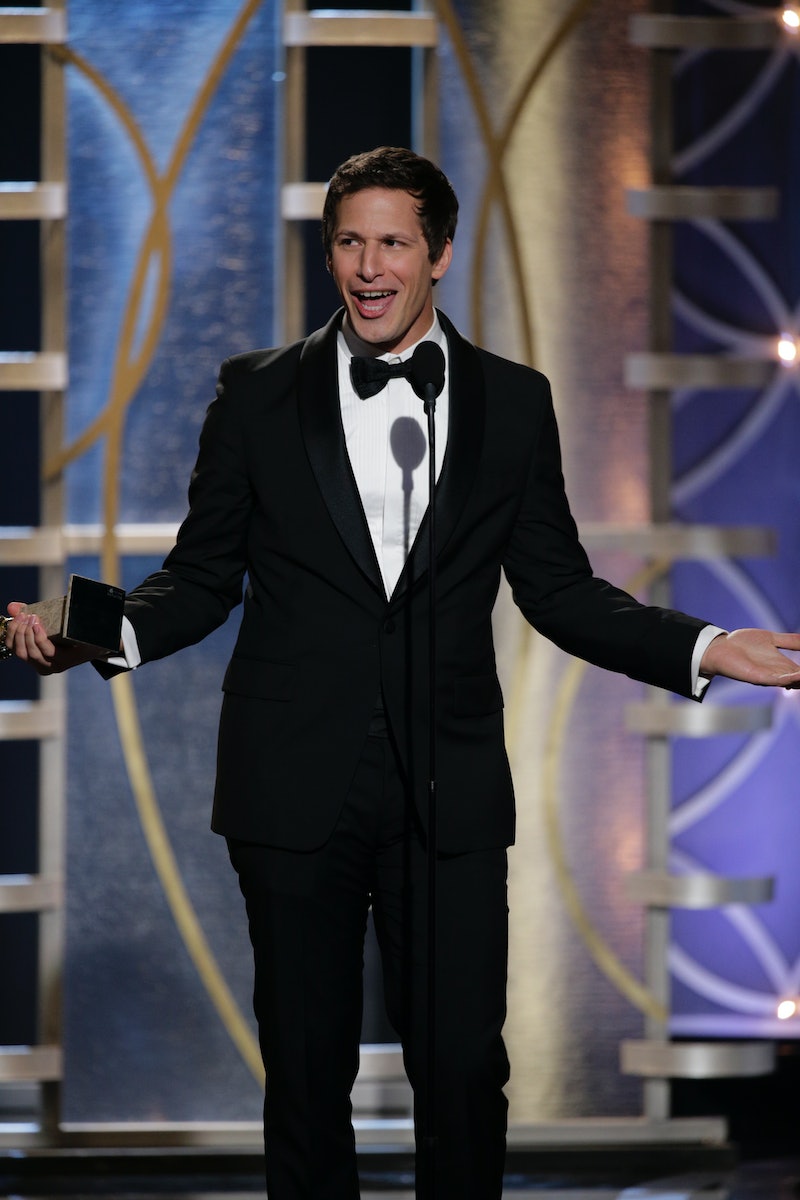 While you have a lot of options of where to spend your viewing time this fall season, you absolutely must make time to settle down for some Brooklyn Nine-Nine, especially since now it airs on Sundays. That weekend time slot not only makes it easier to watch in real time, it also signals a vote of confidence from its home network FOX, who generally reserves Sunday for its Animation Domination block. With just one viewing you'll quickly realize that in an ensemble overflowing with breakout stars, the real standout of Brooklyn Nine-Nine is none other than charismatic star Andy Samberg.

You may recognize Samberg from his time on Saturday Night Live, where he shot into our hearts with the Digital Short "Lazy Sunday." More OG fans might recognize him from the under-appreciated film Hot Rod or his quirky web sketches with his group The Lonely Island (who went with him to SNL, albeit behind the scenes).

Samberg's true charm is in the goofy characters he creates. Given the massive body of work he has collected in a relatively short time, the expressive Samberg really does have a gif for all seasons, especially holiday seasons and transitioning into fall. Remember, those PSL's won't last forever, and you're going to need something to talk you down from withdrawal. So here are six gifs that prove Andy Samberg is has been your secret fall spiritual guide this whole time.

Don't even trip, girl, and just bond over each other's great sense of style and timeliness. After all, great minds think alike.

When It's 3 a.m. And You're Cold And Tired And Sick Of Looking Ridiculous And Realize You Actually Might Hate Halloween A Little

Where did all of these children come from? Why is everyone puking? Oh god, so many Miley costumes.

It's weird that we're kind of like birds sometimes, right?

Seriously, where do all these people come from? Holiday travel is like sickness Russian Roulette.

You're like a boss, because long lines are totally not boss.