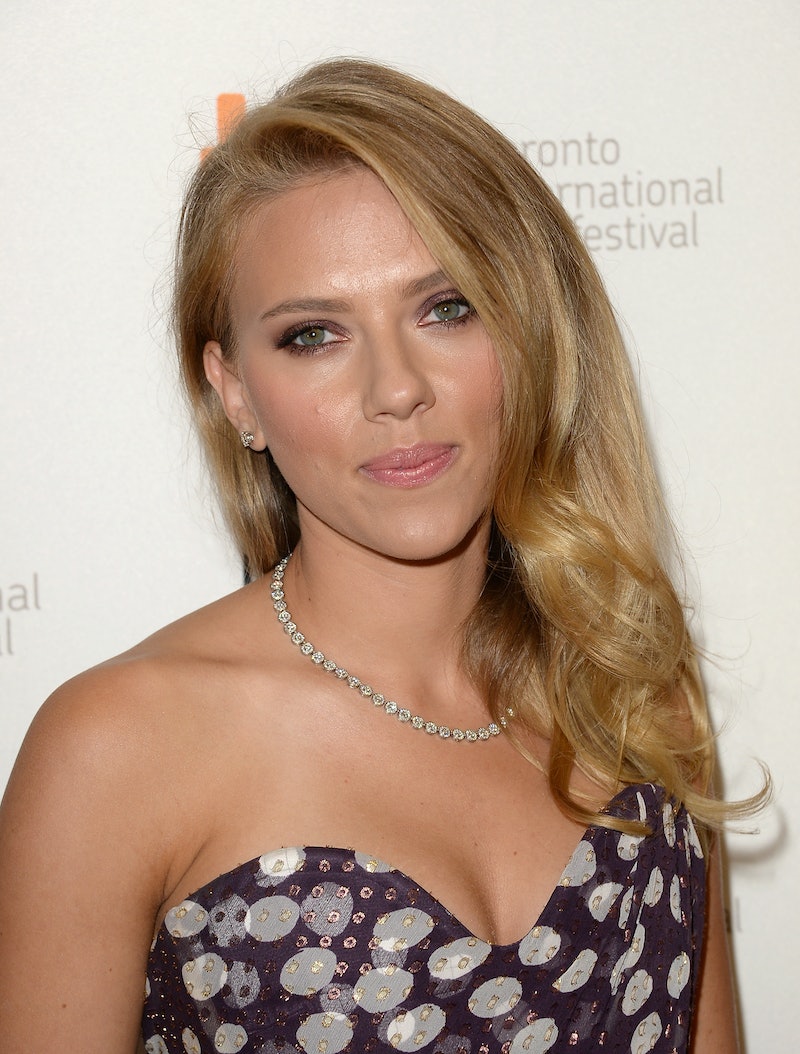 I'm pretty grateful that I'm not a celebrity. Sure, they make a lot of money and get to meet cool people, but I wouldn't trade the privacy I have now for anything. Case in point: Scarlett Johansson and her post-baby body were stalked by paparazzi so magazines can now all comment on how fat or thin she is after giving birth to her daughter, Rose. People magazine's headline announced, "Scarlett Johansson Steps Out Post-Baby." (How dare she!) And Us Weekly wrote: "Five weeks later, and she's good!" (Um, wasn't she always?) They also reported that the actress was "hard at work to regain her coveted curvy figure." That's basically 100 percent speculation considering this is the first time they've seen her at a gym since Rose was born, and also maybe she was just going to be healthy, not to "regain" the body of a woman whose never had a child.

Jessica Simpson spoke recently about the pressure to return to the body type she had several years and two children ago. It's insane that society makes these women feel like they have to look the same as they did before they literally made a human being.

Even when the media is flattering to women post-baby, something about it seems so wrong. Why do we care so much what celebrities look like months after giving birth? Who cares how much weight they did or didn't lose? But the worst part is that these photos are most often taken without the new mom's consent.

It wasn't like Johansson was debuting her body at a movie premiere or in a magazine shoot. She was stalked on the street. She didn't choose when to unveil her post-baby look. Perhaps if the photos were taken on her own terms, I could get behind it. Like, Yeah, good for her! She's happy and healthy and she's choosing to share that with the world! But this paparazzi photo shoot feels so invasive. Especially when magazines took the photos to write about her first outing post-baby belly.

Everyone needs to focus on the big picture here: Johansson is happily in a relationship with a new baby. She could probably care less what her body looks like right now as she's deep in the throes of raising a one-month-old. So we shouldn't care, either. She's just another person, and it doesn't matter if she ever gets her curvy figure "back." She had a baby, and that's awesome. That's what deserves the attention, not what her stomach looks like.