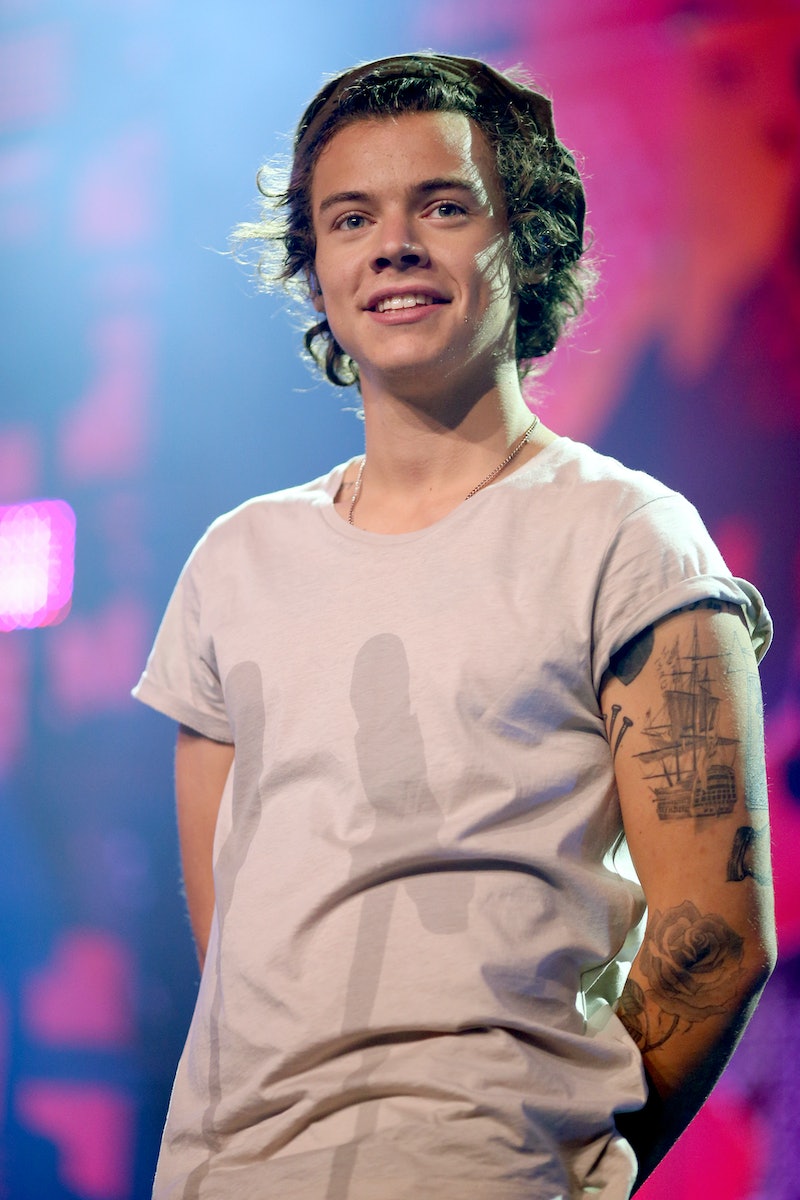 A recent and startling phenomenon has been running rampant all over the globe, affecting people left and right: a worldwide tidal wave of man buns. They've settled in on top of the heads of men everywhere, and the trend doesn't seem like it'll be disappearing anytime soon. Who can we blame for this? Who is at fault? Well, in the man bun–demic that is now our reality, it seems we have no one else to blame but patient zero, more commonly known as One Direction band member Harry Styles' fantastic man bun.

The style, which could previously only ever have been pulled off by actor and known-pirate Johnny Depp, was given new life when Harry started tying his curly mop up this summer on vacay. They're officially no longer solely associated with grody hipsters, but with A-list actors and musicians. You could say that the man bun, glorious, elegant hairstyle that it is, has gone mainstream.

You know where else it's gone? Straight to my heart. Despite my general ambivalence toward 1D, I can't help but be totally and completely obsessed with Styles' bun (and his other buns, let's be real).

Just look at it! I couldn't make my own bun look that perfect no matter how many hours I was given to work on it.

I always thought that if my ovaries ever exploded it would be when Ed Sheeran serenaded me on my wedding day while I danced with my new husband, Michael Fassbender. Little did I know my whole life would be slayed by a 20-year-old boy bander with sloppy hair. DAMN YOU, HARRY STYLES! I don't care for your music, but your man bun has me under a spell. Also...call me?