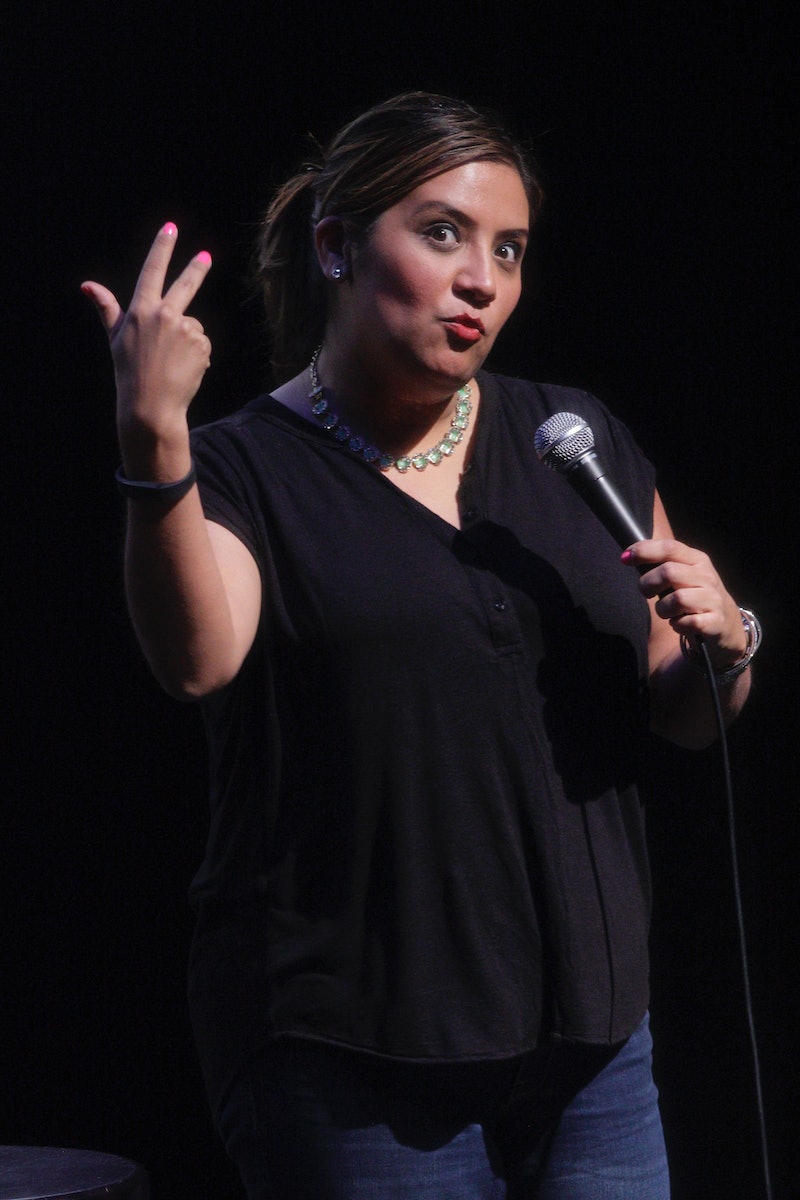 Cristela, the new ABC sitcom, might look like just another three-camera show made by an out-of-touch network, but it's based on the life experiences of Cristela Alonzo, the standup comedian who created and stars in the show. Alonzo grew up in San Juan, Texas, a town right next to the US-Mexico border. A first-generation American, Alonzo unsurprisingly made a show about a sprawling Mexican family; she's been turning stories about her upbringing and her mother into jokes for her standup for years.

She left home as a teenager, but returned home after running out of funds to pay for college to take care of her sick mother. When her mother sadly died, Alonzo writes that it completely shifted her life.

I fell into a deep depression after that. I started drinking a lot. I got a DUI. I couldn’t handle losing my mom, especially after feeling like I had wasted years trying to chase after this dream that hadn’t gotten me anywhere; wasted years I could’ve spent with her. I got two years probation with my DUI and that’s when I started doing stand-up. I did it because I always loved it.

Once she started doing standup, things changed for her — she made progress. Over the past eleven years, she's made appearances on every late night talk show and comedy festival, and honed her skills to the point where she seems totally comfortable onstage.

Cristela Alonzo's blog describes the process of making the Cristela pilot, and how at first, she didn't even think that there was a possibility that the show could happen.

I think this show could be great not only for the Latino community… but also for people that are craving a show that is a throwback to shows we grew up with… And most importantly, more than anything in the world, I'd love to do a show that could possibly inspire other little kids living in small towns across the country feel like they're capable of chasing after a dream and achieving it…

The production of the Cristela pilot was very last minute. At first, it appeared as though the show wasn't going to make it to ABC, after they passed on the script. But all of a sudden, Deadline was reporting otherwise and the executives were eating their words.

Turns out, they changed their minds after Alonzo and her fellow producers took the money they received for working on the script and put it into producing their own pilot on the fly using ABC's Last Man Standing set and a hastily assembled cast and crew, all on the same shoestring budget. That work ethic is what has got Cristela to Cristela, and its best hope for success.