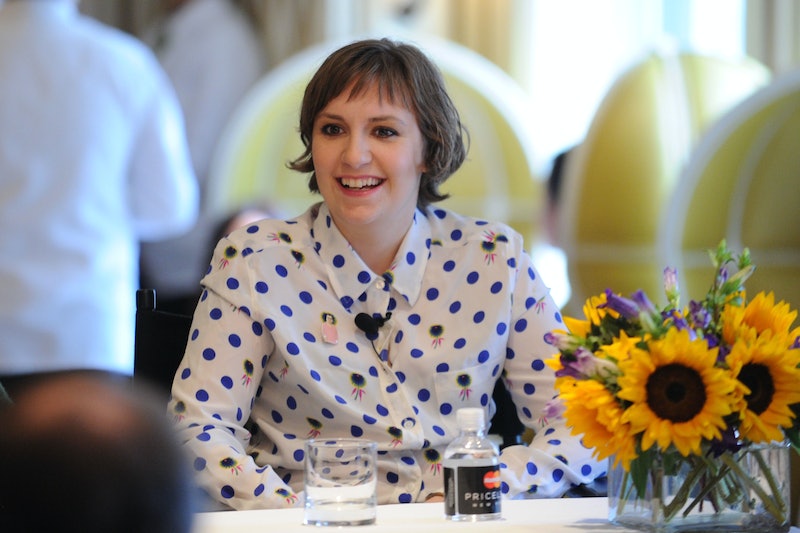 You might think you know all there is to know about Lena Dunham: She’s not exactly the poster-child for coyness. But like every good writer, Dunham’s got an arsenal of secrets to tantalize readers with in her new book Not That Kind of Girl, and each anecdote is better and weirder and darker then the next.

There’s her much-discussed admission that she was raped in college, of course, and a retelling of her well-documented rise to fame. But she also admits that she took a vow of celibacy when she was nine, that a boy who she flirted with in high school may have faked his own death, and that a dinner party she threw when she was 17 was profiled in the New York Times. We learn that she kissed three girls in college, that her 5th grade teacher sexually harassed her, and that she has endometriosis. These aren’t spoilers — that’s just the tip of the iceberg!

Here are some of the quirkiest and most interesting tidbits Dunham reveals in Not That Kind of Girl. They’re great and relatable, but mostly they’ll just make you want to hear more about her life. (We’re already ready for your next book, Lena).

“I looked down to see a thin trail of blood making its way toward my ankle sock.

His eyes welled up. ‘Well,’ he said, ‘in Pygmy cultures you’d have to start having children right about now.’

He called my mother, who rushed home from her errands with a box of tampons and a meatball sub.”

She doesn’t think New York City is so special, and that’s why it’s special

“New York is no alien: she is in my gut like an old sickness ... Every corner is a memory. In that way, it’s just like every town.”

She was afraid of sleep when she was a kid

“To me, sleep equaled death. How was closing your eyes and losing consciousness any different from death? What separated temporary loss of consciousness from permanent obliteration? I could not face this prospect by myself, so every night I’d have to be dragged kicking and screaming to my room, where I demanded a series of tuck-in rituals so elaborate that I’m shocked my parents never hit me (hard)."

“I had enjoyed not one but two popular boyfriends … this rare winning streak was only slightly dampened by the short bangs I had cut myself in order to prepare for my audition as Drew Barrymore’s little sister in the Penny Marshall film Riding in Cars with Boys. (The role went to someone else after I told Ms. Marshall I could not smile on command. ‘That’s called acting,’ she growled.)

She had a stalker in high school

“A year later I have to change my screen name because a boy at school, a massive hairy boy with a face like a Picasso painting, sends me an email saying he’s going to rape me and cover me in barbecue sauce. He’s the only guy who likes me in that way, but I wished he wouldn’t. “

She’s got a cool little sister

“[Grace] dresses like a Hawaiian criminal, loose, patterned shirts and oddly fitting suits, loafers without socks. Her attitude toward sex is more modern than mine and has a radical element I chased but never found. She wakes up with her hair knotted and leaves the house like that…she is thin but physically lazy. Guys love her.”

She’s lived with constant anxiety and OCD since childhood

My parents are getting worried. It’s hard enough to have a child, much less a child who demands to inspect our groceries and medicines for evidence that their protective seals have been tampered with. I have only the vaguest memory of a life before fear. Every morning when I wake up there is one blissful second before I look around the room and remember my daily terrors.”

More like this
10 Must-Read New Books Out This Week
By K.W. Colyard
She Founded American Girl To “Bring History Alive.” Then She Made Over A Town.
By Amanda FitzSimons
Read The First Pages Of Emma Rosenblum’s Highly Anticipated Debut, 'Bad Summer People'
By Samantha Leach
What Joyce Carol Oates Knows About Fame
By Erin Somers
Get Even More From Bustle — Sign Up For The Newsletter