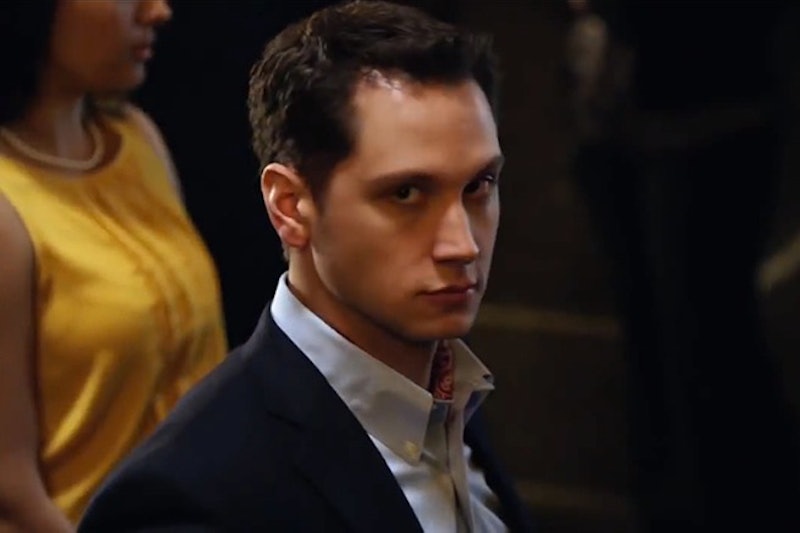 Good news and bad news regarding How To Get Away With Murder . Good news, the show received a full season order of HTGAWM on Thursday, so we are guaranteed more episodes of Annalise Keating kicking ass. Bad news, we are going to be kept in the dark with who the HTGAWM killer is , and why the students are involved with covering up Sam Keating’s murder. But as the episodes continue to air, it becomes clearer who is not Sam Keating’s killer, and that is Asher Millstone, played by Matt McGorry.

Asher Millstone has been MIA for all of the flash forwards in the season so far. And while this could look like he is involved in Lila’s murder, I like to think that this means that he is a good guy in a very twisted show, and is completely removed from any crimes on the show. Please, Shonda-gods, hear me when I plead to let Asher Millstone be one of the good guys.

Asher’s character is that of Ivy League d-bag, who uses his father’s connections to get ahead. But just because he might feel more entitled than the other law students doesn’t mean he is a murderer, right? In true law fashion, I present to you the evidence of why Asher is not, by any means, involved with Sam Keating’s murder.

Exhibit A: He wasn’t in the woods

Laurel, Wes, Connor, and Michaela — Oh, and Sam Keating’s body — are all hanging in the woods trying to figure out what to do with the body, but Asher is not there. Why isn’t he there? Perhaps because he had nothing to do with the murder?

Exhibit B: He wasn’t at the crime scene

On Thursday’s episode, we saw all of the students — minus Asher — at Annalise’s office standing over Sam Keating’s body. This is definitely the scene of the crime, there was a pool of blood around Sam’s head, and Wes is comforting Rebecca. I’m no lawyer, but I know Asher can’t be the killer if he isn’t at the crime scene.

Exhibit C: He doesn’t have the murder weapon

On Thursday’s episode, Annalise revokes the immunity trophy from Connor Walsh. She then says that Asher should make room for it on his mantel, which made me think he is definitely involved if he has the trophy/murder weapon. But Annalise surprisingly doesn't give it to Asher, but instead, to Wes. So we can’t assume that he had the trophy and was able to use it as a weapon if Annalise is giving that thing away like Tic Tacs.