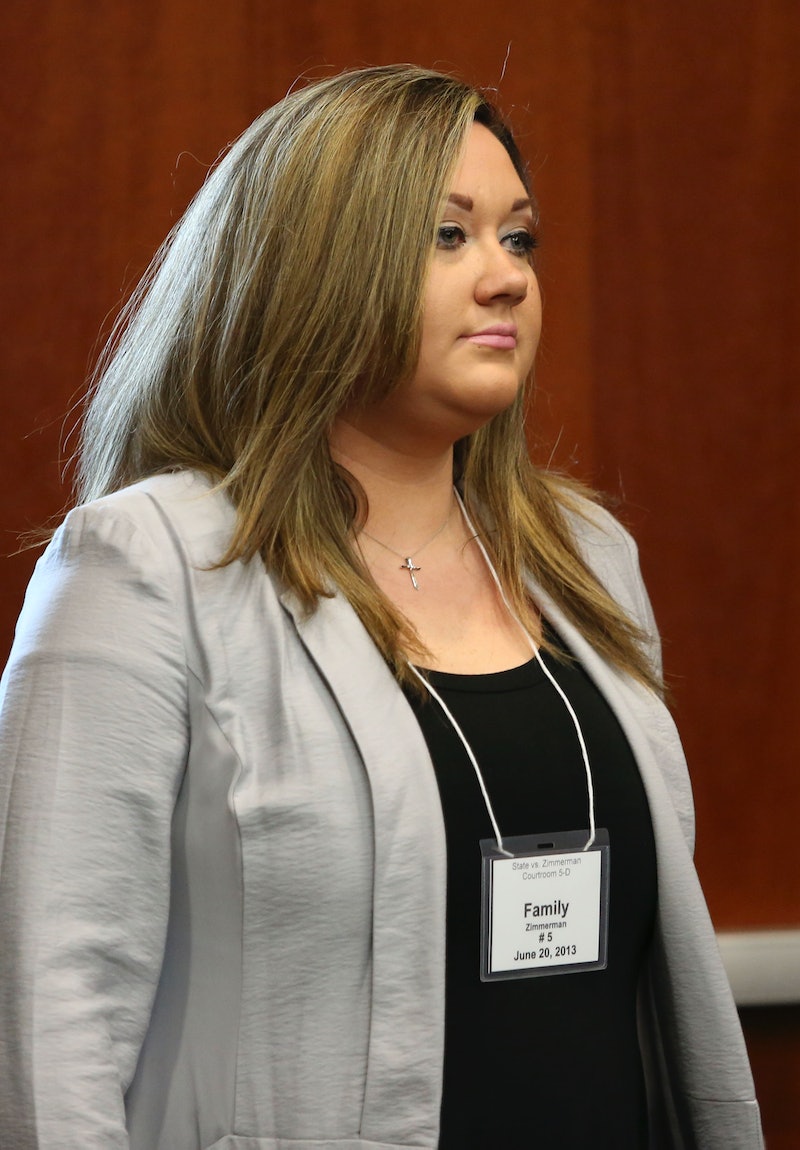 One day after pleading guilty to perjury, George Zimmerman's wife Shellie popped up on morning television to answer questions on everything from the Trayvon Martin case to her relationship with her husband.

In an interview on Good Morning America Thursday, Shellie Zimmerman hinted that her marriage with her husband was up in the air. Though she declined to state whether or not the two are currently together, when asked if she'll be staying with George Zimmerman, she said that was something she was "going to have to think about".

Shellie Zimmerman said she felt "very much alone" during her trial, which her husband did not attend — despite her consistent attendance at his trial earlier this summer.

On Wednesday, Shellie Zimmerman pleaded guilty to charges that she lied to a judge about her family's financial circumstances, saying that they had virtually no money (when they reportedly had access to around $135,000). In a plea deal, she was sentenced to one year of parole, community service, and was required to write a letter of apology to the judge.

When asked about her choice to lie about their fiances Zimmerman said that she could "rationalize a lot of reasons for why I was misleading, but the truth is I knew that I was lying."

During Thursday's interview, Shellie Zimmerman weighed in on the trial of her husband, who was acquitted of murder charges in the shooting death of 17-year-old Trayvon Martin. She talked about spending months in hiding as the two feared attacks in the months leading up to the trial. She said they lived like "gypsies" adding "we lived in a 20- foot trailer in the woods...scared every night that someone was going to find us and that it would be horrific."

She also expressed sympathy for Martin's family saying, "If I could speak to them I would say that I'm so deeply sorry for their loss…I can't even begin to understand the grief that a parent experiences when they lose a child."

More like this
Where Is Armie Hammer’s Ex-Wife Elizabeth Chambers Now After 'House Of Hammer'?
By Grace Wehniainen and Radhika Menon
Chris Kaba's Family Continue Fight For Justice After Viewing Police Bodycam Footage
By Sophie McEvoy
These 2 Women Could Be America’s First Lesbian Governors
By Tess Garcia
Prince George Made The Cheekiest Comment About Prince William
By Sam Ramsden
Get Even More From Bustle — Sign Up For The Newsletter