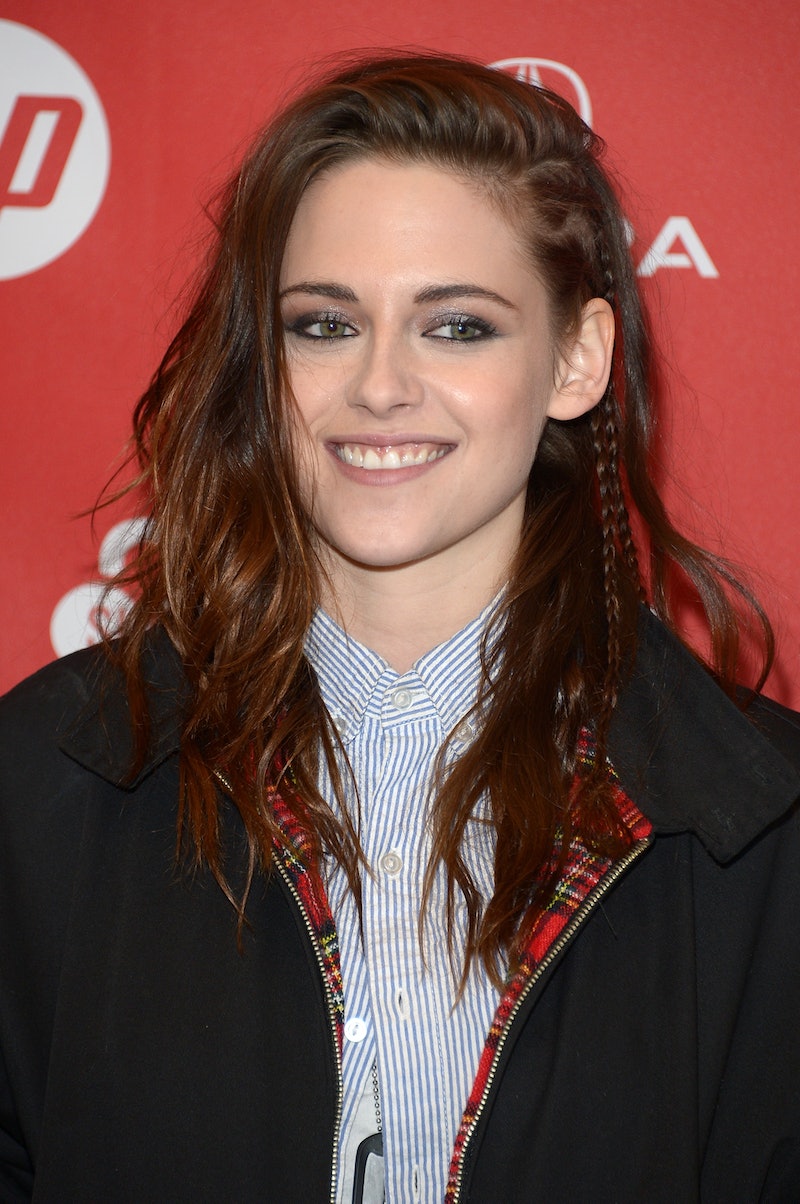 The Twilight Saga pandemonium feels like it happened a million years ago at this point, doesn't it? I'd like to think we, Twilight fans that is, are all, better, wiser, kinder, slightly less obsessive people than we were six years ago — that we've grown. After all, many of us have literally grown from adolescence to adulthood. And we probably have matured, mostly evidenced by the fact that I see a lot less Edward Cullen themed bedding around my local mall. But, if there is one thing that probably hasn't changed about die hard Twilight fans, is our vehement and continual defense of Kristen Stewart. Sure, the degree of devotion directed towards her has lessened, along with her slow yet steady decline in the tabloids, but I think there's a part of us all that harbors a soft spot for her. And, Kristen Stewart's comments about her fans just proved why that is.

Stewart spoke with E! News and acknowledged Twilight fans continued allegiance, and made it clear that our love is a two-way street, saying,

It's absolutely reciprocated on my end. I feel that energy from them as well and I really appreciate it. I don't appreciate it as if I own it. I feel like we share it. They're rad.

Cue the violin, the piano, the harp, and the slow-mo running through a sun-stroked meadow. She hasn't forgotten us! And, you can mock her grimaced, Grumpy Cat face all you want, because when Stewart opens up, you know that there isn't a doubt that what she's saying isn't genuine. That's the benefit of being a fan of someone who is so honest and blunt. Her appreciation brings up all those fan girl feelings from long ago and reminds us why we thought she was so damn great in the first place. Because she is. It'd be easy to be embarrassed by Twilight (as I sometimes am) or totally turned off by rabid fans, but instead, six whole years later, she's still thanking them. You don't get enough credit, K. Stew. You just don't.