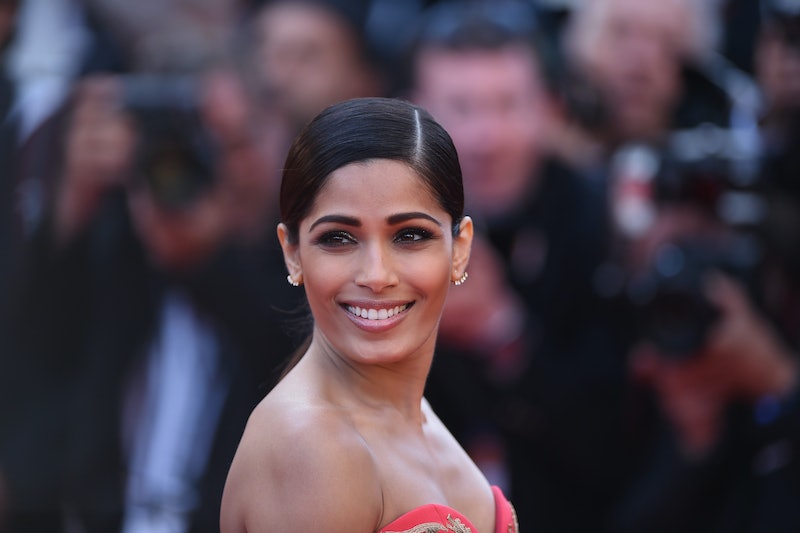 Every woman of color has her own stories to tell about stupid comments made with regards to her race. I'm a Pakistani woman and in my experience, most comments will revolve around racial stereotypes that are problematic, ignorant, or just downright incorrect. They'll range from the relatively benign to the more offensive. They'll range from someone saying "Namaste" to me (I'm not Indian) to saying "Wow, you are so beautiful, especially for an Indian girl" (once again, not Indian, and that's a horribly inappropriate thing to say to anyone, regardless of their race).

If you're a brown girl, you might also be tired of hearing these things, and if you're the person who's saying these things, maybe this can be an educational journey for you and your ignorance.

Hey thanks for establishing that I'm not white and look like I'm from a foreign land! Oh unless you meant that I look like exotic plant or exotic food? Either way, your analysis that my features and skin color are different is super useful and necessary!

3. "So your nose piercing, is that a cultural thing?"

No. It's a "I'm really cool and like to use piercings to express my style and my little shiny hoop looks really damn good on me" thing.

4. "Wow, you weren't born here? But your English is really good!"

Yeah. Because I've been living in the states since I was 11 months old. It's where my dad practiced medicine and where my mom went to school and where my brother was born so...

Listen. I never met the guy. I most likely think exactly what you think. Just because he was chillin in Pakistan doesn't mean we were ever acquainted or that we have ever communicated via secret brown people brainwaves.

Oh, I don't know. Maybe because a burka has to do with someone's interpretation of Islam and isn't actually a national dress code? And also because not all brown people are, by default, Muslims or even religious?

7. "Say something in your language!"

I know you think that's a valid thing to say because I'm brown and the movie is about, like, brown people and Dev Patel and Freida Pinto are brown but yeah, I haven't even seen it.

I guess it's not your fault that you think that because she's literally the only brown girl you've ever seen in a major motion picture.

I literally have no idea.

11. "Is your mother going to make you get an arranged marriage?"