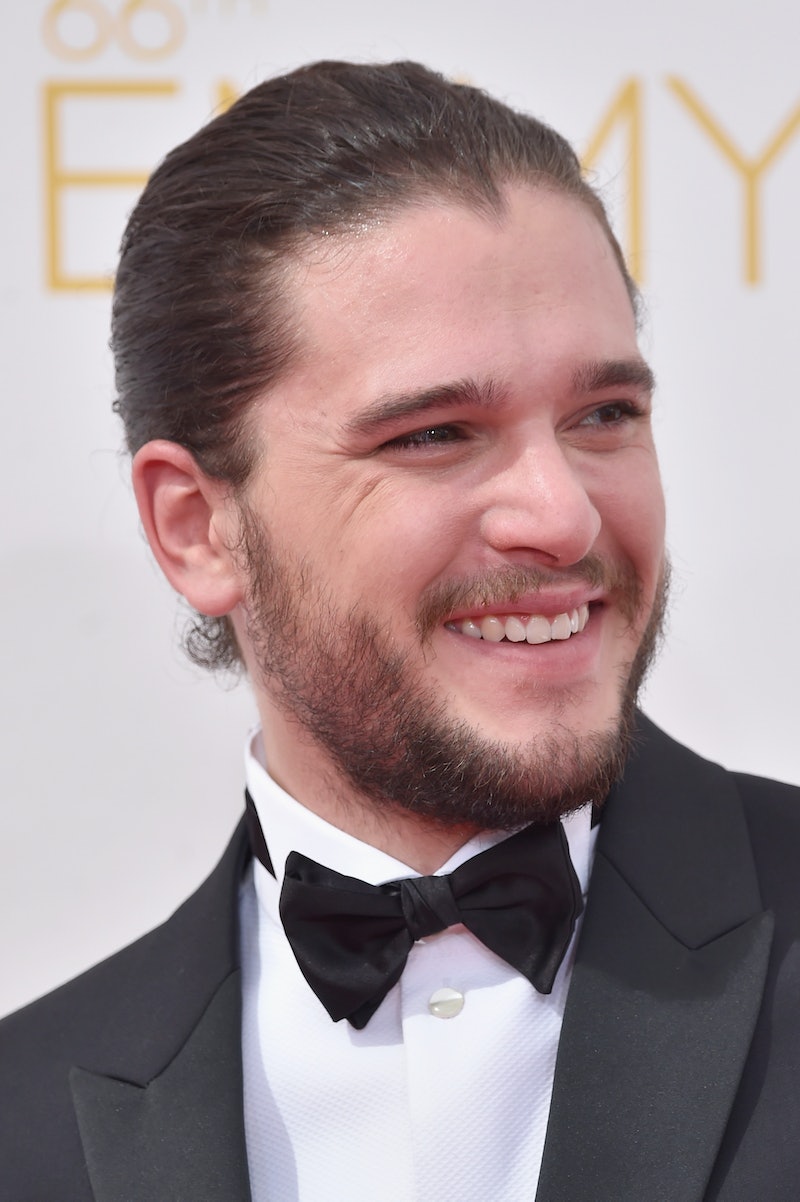 It's the Battle of the Man Bun! As man buns have grown in popularity, two stars have risen from the chaff in regards to their respective hair games... and those two stars are Harry Styles and Kit Harington.

It makes sense, really. I mean, both British stars are known for their hair; Harington for his Jon Snow-worthy long locks, and Styles for his upswept, ultra-voluminous coiff. A couple of months ago, I even read a hilarious interview on Vulture where Sophie Turner — AKA Sansa Stark — dishes the dirt on how vain Harington is when it comes to his hair. As for Styles? Most people I know aren't exactly One Direction superfans (idiots...), and as such, I've most often heard him referred to as "that one with the hair."

Suffice it to say, hair is a big deal for both of them, and when it comes down to it, it really is a fairly well-matched battle. I guess it really just comes down to personal preference (I'm playing my cards close to the chest here), so I'll let you be the judge.

Now, let's break it down: Harry's worn his out and about (most recently at an honest-to-god pumpkin patch):

He's also worn it for performances:

Harington, for his part, chose to deploy his man bun at the Emmys (the Emmys). Here's Sad Kit Harington for you:

So, who wins? Harington gets extra points for the magnitude of the event (and the Jon Snow puppy dog eyes), while Styles scores big for the fact that there's an entire BuzzFeed post devoted to GIFs of his infamous man bun. I leave it up to you to decide!