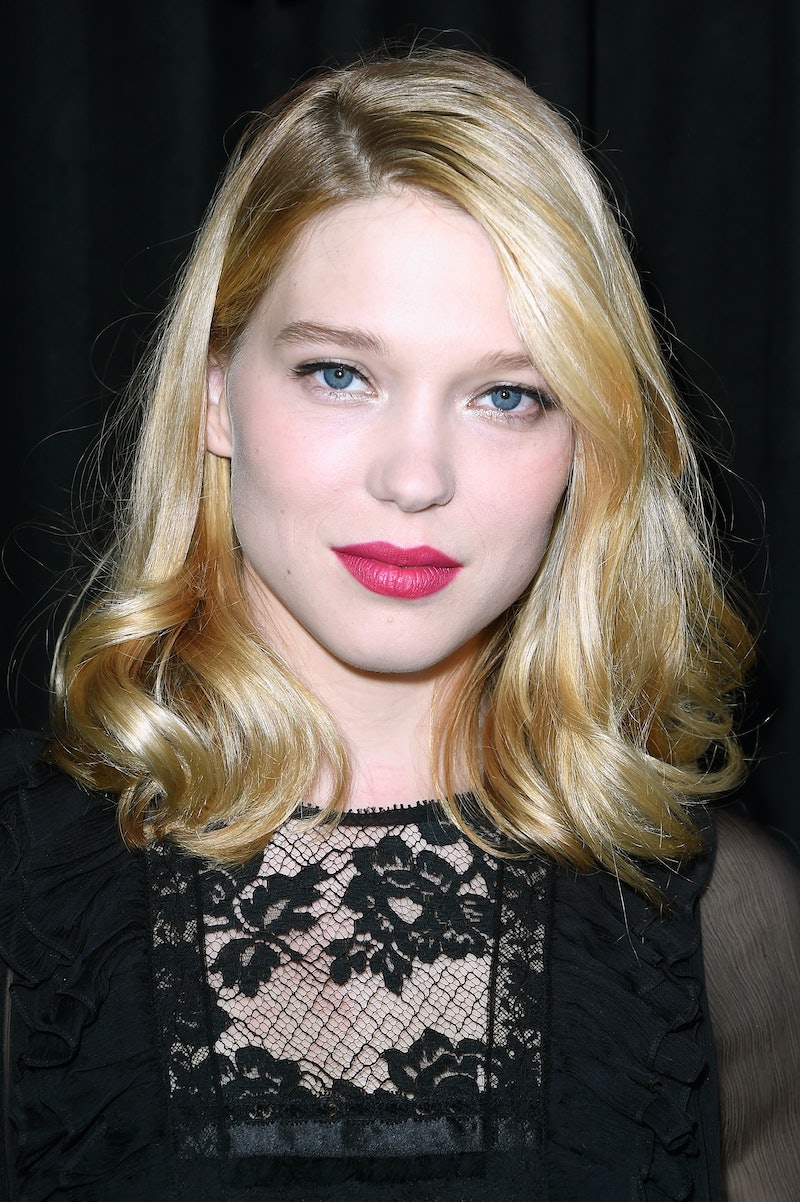 America's fascination with everything French continues to thrive. The new Bond Girl for the 24th James Bond film has finally been cast, sultry accent included. Léa Seydoux, a French actress and model, just landed the iconic role in the blockbuster, which is scheduled to hit theatres in November 2015 and will begin filming in six weeks. Sorry, Rihanna fans, guess the part required a little more je ne sais quoi.

Though no details of Parisian-based Seydoux's character have been released yet, including whether or not she will be playing Bond's love interest, we do know that her name is supposedly Femme Fatale, and I don't think the French actress will have any trouble living up to her name. But in case you are still disappointed over the RiRi news (although, to be fair, official casting has not concluded) and are left wondering just who this foreigner is, let's get to know the woman who will be starring opposite Daniel Craig, Ralph Fiennes, and Naomie Harris in Bond 24. After all, she has quickly become a favorite among film critics and fashion designers, so she just might be able to steal your heart, as well.

I mean, it just needed to be said.

The Cannes Film Festival jury was so blown away by her performance in Blue Is The Warmest Colour, that they insisted she share the festival's highest honor, the Palme d'Or award, with the film's director.

Seydoux has already stunned in campaigns for designers such as Miu Miu, Rag & Bone, and Prada. I have a feeling she'll kill it for the film's red carpet.

5. She's No Stranger To Action Blockbusters

She had roles in both Mission Impossible and Inglourious Basterds, so she's well equipped to handle any crazy action stunts.