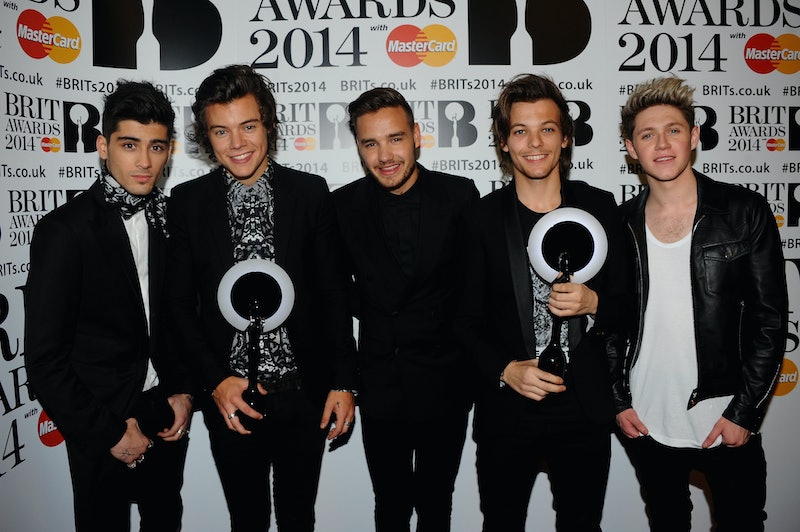 Already, One Direction’s sneak peak of their latest single, Steal My Girl, has received an abundance of support from their fans. However, with positive song reviews, there’s always the criticism to accompany it, and even a giant wall of Directioners can’t help the guys avoid this. From Hayley Williams of Paramore implying that the boys might be copycats, to many on social media claiming the song seemed sexist, it appeared the song was heading south just as quickly as it had received its initial praise. But despite the sudden negativity surrounding their song, the band has somehow come up with an idea that might actually bring the haters to their side: Publishing pictures on Twitter of their latest work on the music video for Steal My Girl, One Direction revealed they’re collaborating with Danny DeVito, and it’s sure to bring in some applause.

It's safe to say that this is truly the most random collaboration I’ve ever heard of — even more so when you factor in the fact that the song is about other men stealing 1D’s girls. I’m not sure how DeVito will be involved in this, unless he plays a wise father figure, manager, or a male cougar, but you can bet I'm waiting on the edge of my seat to find out.

Personally I can’t wrap my head around it, but I do know that it’ll probably receive some laughs from everyone who sees it. After all, DeVito is known for his work on Matilda and It’s Always Sunny in Philadelphia — amongst many other prized films and television shows — so we know he's a solid presence and hilarious guy. Sure, this project is a little...different for him, but it’s important to branch out when you’re an actor.

No matter what role he plays, the music video might actually help make up for the bumps the band has come across lately with the actual song. And even with all the gossip, none of the guys seem affected by it — judging by their tweets, they just appear excited to have such a major Hollywood star in on the action.