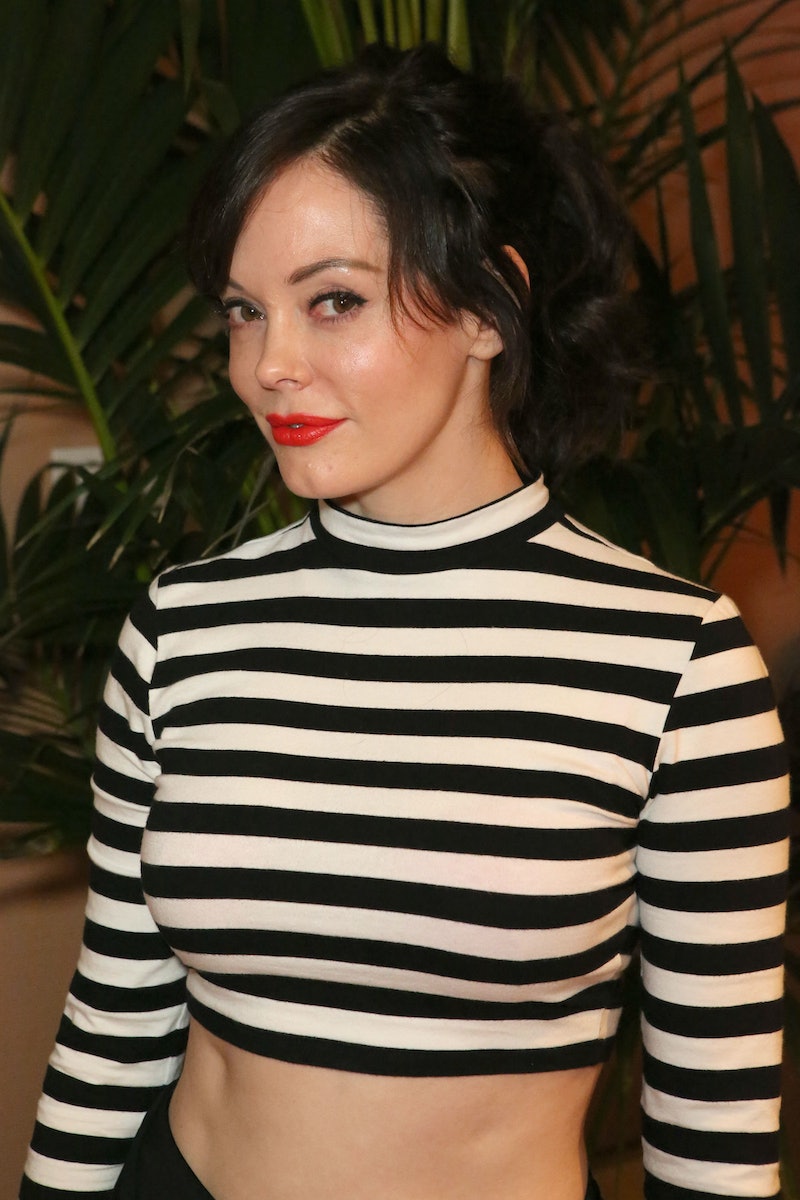 When you go out to dinner with your girlfriends, the last thought on your mind probably isn’t that you should be on the lookout for lurking criminals. In fact, you shouldn’t have to feel like you’re not safe or that you need to be watching your back when you’re out for a nice, quiet evening with your friends at all. Unfortunately however, this wasn’t the case for former Charmed actress Rose McGowan who became a victim to a smoke bomb attack at restaurant Bar Pitti in New York City on Friday.

McGowan was dining at the restaurant that night when a man that the Daily Mail reports as wearing a baseball cap and an American flag t-shirt, reportedly emerged from a subway grate outside of the establishment where he then threw a smoke bomb into Bar Pitti’s patio area. I mean a man coming out of a grate? Really? That’s some horror movie sh—t.

Although the smoke bomb, which landed on a table, caused customers to scramble and resulted in some pretty teary eyes, thankfully no one was injured in any way. And thanks to one brave waiter, the smoke bomb was thrown out onto the street to prevent any more of the red smoke from engulfing the restaurant. The man has yet to be caught. It’s really sad and sickening to think that people can’t even enjoy a peaceful night out without having to be weary about what scary things might come their way.