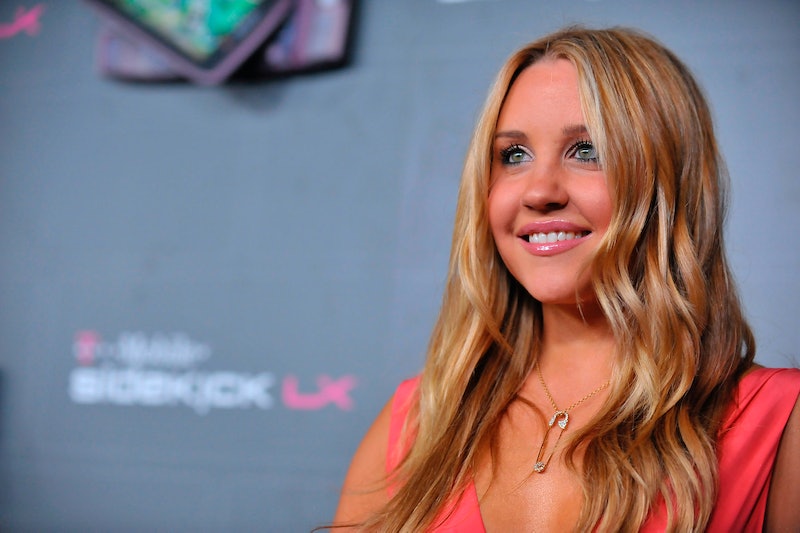 Amanda Bynes' fate is still uncertain. Although the actress seemed to have been recovering well after her tragic breakdown in 2013, she recently began exhibiting behavior that proved her recovery is still ongoing. Her alleged actions (such as walking around babbling to herself and scratching a fan) paled in comparison to her confirmed actions (such as dancing in a department store and, worse, accusing her father of sexually assaulting her on Twitter). Although she later took it back, Bynes is currently in 72-hour psychiatric hold pending an evaluation. However, it's not that easy for her parents to get her the help that she needs. If she's unwilling to voluntarily commit to treatment, Bynes' parents have to prove she needs to be kept there involuntarily.

According to Fox News, Bynes' tweets are instrumental evidence in the case that they are building for her cause hearing this week. She remains in a Pasadena treatment center as of Monday morning, but the clock is ticking on the 72 hours that the center can legally hold her. Her parents and their lawyers must prove that Bynes is "a danger to self, to others or is gravely disabled" in order to give her any continued assistance — unless she volunteers to remain at the treatment center. Considering that Bynes doesn't think her behavior has been anything out of the ordinary and had to be tricked into going to the facility to begin with, the latter option seems unlikely.

Her parents plan to use her tweet about the microchip implanted in her brain that allegedly caused her to say that her dad had molested her as part of their case for why she needs to be placed in treatment once more. In addition, they also plan to use her recent DUI charge for evidence. Bynes is thankfully not suicidal or inclined to cause harm to others — unconfirmed rumors about her scratching a fan aside — so they'll need concrete instances like this one to show how harmful her current mental state is on her psyche and her ability to make her own decisions.

It's very unfortunate to hear of Bynes being in this kind of position. Many of her tweets repeatedly mentioned that she wished the media would stop trying to paint her as crazy or insane because she isn't. And she really, truly isn't. She is suffering from a disease and to write her off as simply crazy only makes her situation worse. Bynes needs our help and not our condemnation, even if her behavior seems bizarre, erratic, or alarming to us. Hopefully, her parents win their case and are able to give her the help that she needs. Bynes was doing so much better after her release from her last rehabilitation and, as a longtime fan of hers, all I want is for her to reach a happy and positive place like that once again.