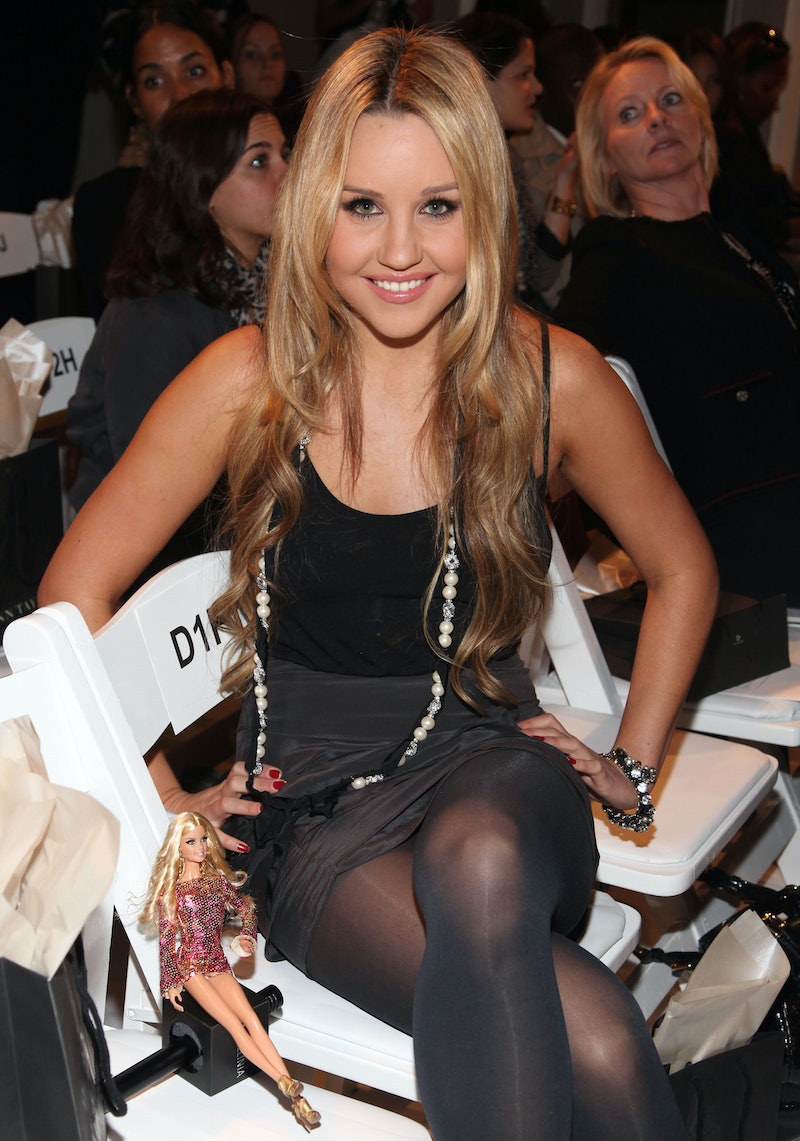 After her recent accusations that her father sexually abused her as a child, the constant Twitter rants about tabloid rumors, reports of shoplifting attempts, and eyewitness accounts stating that she had been seen talking to herself at LAX, it looks like things for Amanda Bynes might finally be taking a turn for the best: According to numerous reports from sources like TMZ and People, Amanda Bynes has been placed on psychiatric hold for a second time.

Although the reports are undoubtedly sad considering everything that the actress has dealt with since her parents’ conservatorship over her ended, it seems like a psychiatric hold may actually be all for the best if it’s true. It’s pretty apparent that Bynes’ mental state once again drastically changed after her first recovery period, and that she needed the help. Living in New York — the same place where most of her problems began last year — proved detrimental to her health, and the high volume of paparazzi stalking her around every corner especially didn't help.

The fact that Bynes seems to have relapsed isn't good news, of course, but I’m hoping that she’ll have a positive outcome now that she’s back in Los Angeles with her family and doctors. When her plane landed, the actress was immediately taken to a hospital, according to TMZ, where doctors placed her on a 5150 psychiatric hold which means she’ll be held for 72 hours pending psychiatric evaluation. That psych hold can be extended for 14 days if necessary.

Bynes, who has last been residing in NYC, was in contact with Sam Lutfi — who you may remember for being involved with Britney Spears in 2007 during her very public meltdown — before flying to L.A., TMZ reports. Apparently Lutfi was working with Bynes’ parents to convince her to fly back to L.A. to sue her father, where she would instead be taken straight to the hospital. Of course, this is just a rumor and this is the same Lutfi who’s also infamously known for trying to sue Spears’ family for libel after they accused him of manipulating their daughter. However, a man who appears to look like Lutfi is seen in a TMZ video of Bynes arriving at LAX, and if he’s truly trying to help Bynes, then I fully approve.

Either way, the actress is in a safe place now, which is really all that matters. Last year, Bynes was placed on psychiatric hold after she attempted to light a fire in a neighbor’s driveway, which could’ve been harmful to both the residents and herself.

So I’m just glad that the She’s the Man star has now been taken to the hospital before any possibility of injury. All of this is so sad — especially the way the media has handled her story — but hopefully she’ll get the help she needs.