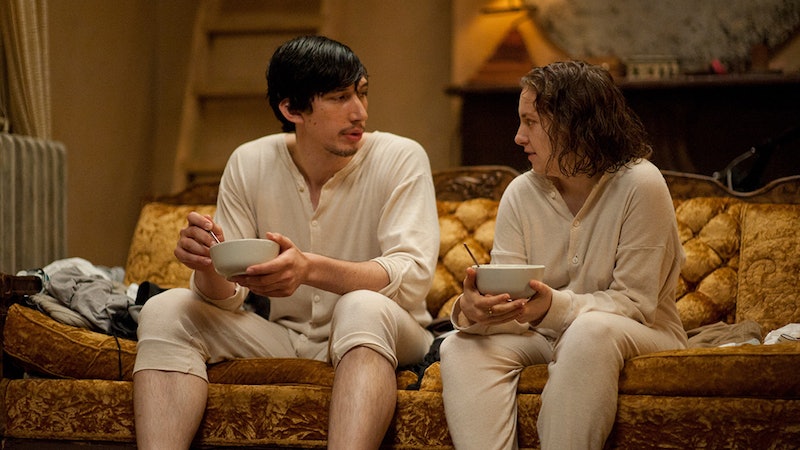 Love is grand, isn't it? But once you find love, it’s not all flowers and rainbows. Even if you’re with the only person in the world you think is for you, it doesn’t mean you’ll be free of occasional arguments, drama, and annoyances. With the good comes the bad, and that’s what you sign up for when you decide to commit yourself to another person.

Cruelly enough, what will eventually drive you to the brink of insanity is actually really endearing in the early stages of a relationship. But then, somewhere around the one-year mark, you find that what was once so cute is now making you want to pull out your hair and shove it in the drain they clogged. You like that? How does that make you feel? You think I like it!?

It may not make much sense, but sometimes, annoyances come in the smallest packages. In the grand scheme of things, they’re nothing, but man, oh man, how they can make you feel like you’re being subjected to a million fingernails on a chalkboard.

Whether you're living together or still have your own place, here are just 45 of the hundreds a little things that annoy us about our significant others — but probably shouldn't.

tHEiR PERPETUAL INDECISION Over WHERE TO GO FOR DINNER

It can go on for hours.

THE WAY they ASK WHAT YOU’RE THINKING instead of asking "are you mad?"

When you just don’t want to think about anything.

and ASK what's wrong WHEN YOU're just being quiet

I'm not mad, but I'm getting there now.

HOW they NEVER CLEAN UP THE TOOTHPASTE IN THE SINK

Because those white clumps aren’t noticeable?

How many more times do you need to lecture him about the “right” way?

THE WAY they take over YOUR COUCH

You don’t dare get up, because you know you’re going to lose your comfy spot.

AND DON’T ADHERE TO YOUR COASTERS RULE

You have those lovely tile coasters for a reason.

You may be the only one to recognize it, but still.

and how they always have an extra drink when they're nervous

THE WAY tHEy LOUDLY ASK, “WHAT?” WHEN CLEARLY YOU’RE TRYING TO BE LOW-KEY ABOUT SOMETHING

And you know it’s not because he’s hard of hearing.

You think I don't know that look?

...but then get mad when you do the same thing

THE WAY their BRAND OF LISTENING mostly INVOLVES NODDING A LOT

Which is actually no proof of listening.

FOLLOWED BY THE EQUALLY IRRITATING, "RELAX"

WHICH BRINGS US TO THE FACT THAT tHEy NEVER, EVER seem to APOLOGIZE FIRST

Fine. I can play that game, too.

THE WAY tHEy TALK DURING TV SHOWS

Don't they know this is important television?

Did you know that Poe lived in the Bronx? Well, now you do!

but then refuse your help when you try to offer it

THE SOUND OF them CLIPPING their NAILS

It’s the loudest, most irritating sound in the world. How is that possible?

It really shouldn’t be that hard!

THE FACT THAT tHEy WEAR SOCKS WITH HOLES IN THEM

Although you bought them new ones.

OR ANYTHING WITH A HOLE IN IT

It’s time to say adieu to that t-shirt, even if they do only wear it under other things.

AND REFUSE TO USE CONDITIONER

Your hair would be so soft!

BUT can PAY TOTAL ATTENTION TO BAD ACTION MOVIES

I like Con Air (once every two years), too, but all the time?

The madness of it all is jut too much to bear.

OR jam IN THE PEANUT BUTTER

It might be time to start hiding all the butters in the house.

THE WAY they DRINk DIRECTLY OUT OF THE ORANGE JUICE BOTTLE

It’s called backwash and no one likes it.

OR JUST PUT LEFTOVERS IN THE FRIDGE WITHOUT COVERING THEM

their VARYING DEGREES OF SNORING

How it is that you ever found this cute will boggle your mind forever.

THE WAY they THINK THAT FLOSSING IS OPTIONAL

how they forget to put the TOILET SEAT back down

Nothing like waking up in the middle of the night to pee and falling in the toilet.

It’s not like you’re tall enough to reach it on your own.

THE WAY they are CONSISTENTLY 15 MINUTES LATE TO EVERYTHING

OR HOW “I’LL DO IT LATER,” MEANS ONE WEEK FROM NOW

To reach up and change the light bulb is literally going to take a one minute of his life.

HOW THEY have the KEYS TO YOUR PLACE, BUT ALWAYS HIT THE BUZZER ANYWAY

You just love getting up to get the door for them.

BECAUSE tHEy KNOW YOU'LL LET them IN

And you do it with a smile, of course.

BECAUSE FOR ALL YOUR PARTNER'S ANNOYANCES

You have to deal for one reason alone...

YOU'RE JUST AS ANNOYING IN YOUR OWN WAY

AND, I MEAN, YOU DO LOVE your boo

and really couldn't imagine anyone better to get annoyed by

because even if they are a pain in the ass sometimes

that ass sure is damn fine.

And you're lucky to tap it.