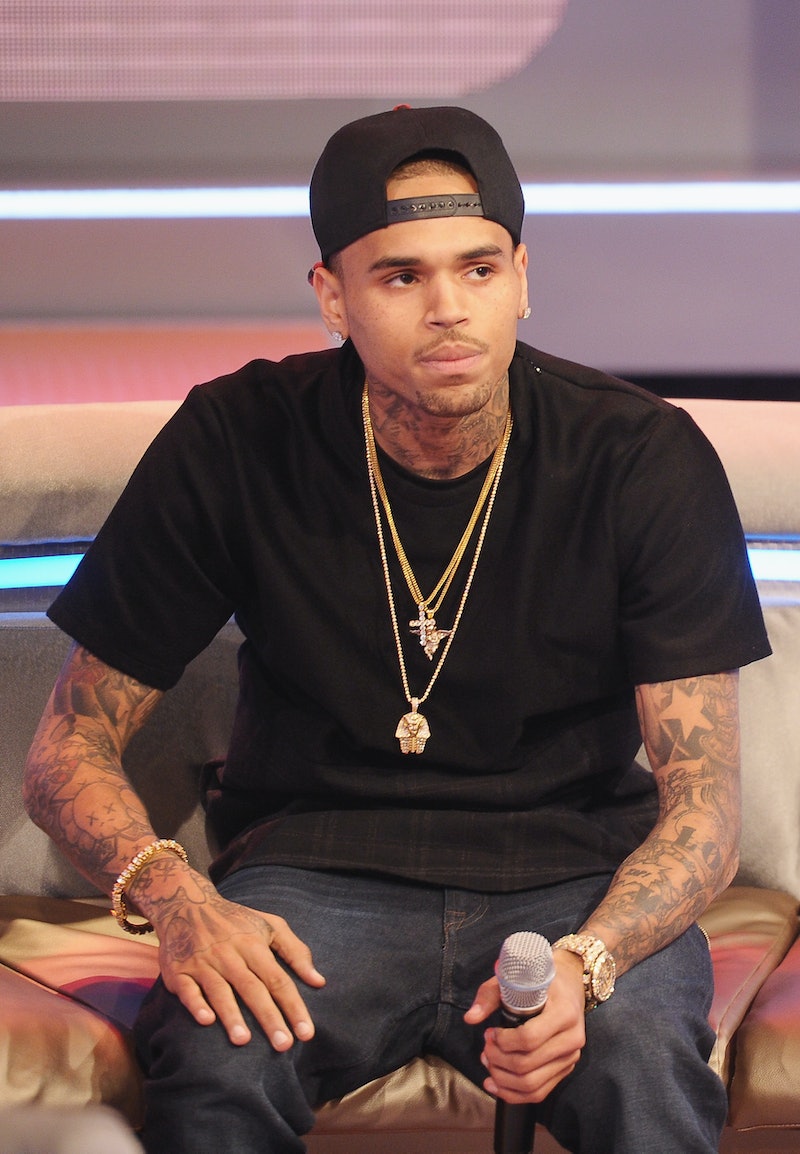 And here I thought there was a chance, no matter how small, that I might one day get to stop ranting about Chris Brown. I don't particularly like ranting about him. I was willing to let us both go our separate ways when Brown was released from jail and started moving back into focusing on his music career. We could have let bygones be bygones if he hadn't frequently insisted on getting into all manner of trouble. But there's getting into trouble and the ignorant remarks that Brown made on Monday. On his Twitter, Brown tweeted that Ebola is a form of population control and I don't even know where to start with that.

Let's try and start with the obvious. This was clearly Brown's idea of a joke. It had to be, right? It's a terrible and incredibly ill-timed joke to make at the height of the panic over the epidemic, but it still must have been a joke all the same. Diseases aren't by their very nature forms of population control. Diseases are diseases, ones that often take life and hopefully don't reach the point of taking them on an international level. Calling Ebola a form of population control sounds a lot like the militant protestors who called AIDS a cure for homosexuality. It's a sickening thing to say when the appropriate response to the epidemic is empathy with the suffering victims and their families and caution so that you don't contract Ebola yourself.

If Brown wasn't joking and this is what he truly believes, then that's problematic in and of itself. The idea of a disease like Ebola being some kind of retribution to the world — our population has grown too large and needs to be culled — is a horrifying thing to think, let alone share with 13.7 million followers. There's no right way to deal with the epidemic, but Brown has just proven that there's an incredibly wrong way to deal with the epidemic. It seems that he realized that himself because his initial tweet was followed minutes later by a second one.

But it doesn't help the situation. To be frank, yes, Brown should really shut up on the subject of the Ebola epidemic if that's what he has to say about it. However, that doesn't change the fact that he's already spoken about it. Shutting up now doesn't improve the situation. If anything, it worsens it because it leaves his original statement unaccounted for. He made no apology. He made no explanation. He made no attempt at damage control whatsoever. He hasn't even deleted the tweet, though at this point doing that would just be contributing to the problem.

Brown said that he thinks that Ebola is a form of population control. That's out there now and he can't take it back. But at this point, he has two options. He can explain why he made such a terrible comment about the Ebola epidemic, why that thought felt so important for him to share with millions of people, some of whom might be affected by the disease in some way. Or he can apologize for such an insensitive statement about a very real problem that the world is facing today and show some respect to the victims and their families. After that, then he can feel free to stop talking. Until then, Twitter has had it up to here with him.