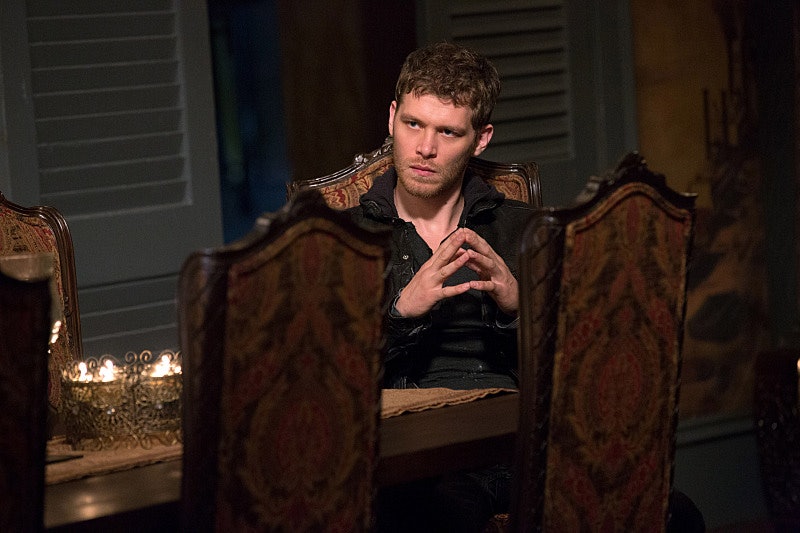 When it comes to shows created by Julie Plec, it's safe to assume that hot, bad boy vampires will never be in short supply. It's a fact that's been proven time and time again, first with the likes of The Vampires Diaries Damon Salvatore, and has continued with the creation of The Originals Klaus Mikaelson. He's every girl's dream and every parent's worst nightmare, which — let's face it — is a big part of his appeal. Of course, it doesn't hurt that he's also insanely attractive that comes full attached with a British accent. (And that brother of his isn't too bad either.) Bottom line — this supernatural hunk is incredibly swoon worthy, which became quite evident ever since he first graced The CW screen.

But it takes much more than just a pretty face and charming accent to win over the hearts of countless fans worldwide. (Though that stuff definitely helps, mind you.) It's all about how you portray your character. And while Klaus is well known for his short-fused temperament and villainous behavior, there are moments when we've gotten to see a different, dare I say, kinder side of him — successfully making even the most dangerous creature on the planet seem downright lovable. Here are all the times that, despite our better judgment, Klaus was able to make us swoon.

Anytime He Put on a Suit

I know Elijah usually gets all of the credit in the suit-wearing department, but I think Klaus can rock tux perhaps even better than his dear brother. The slicked back hair, the white bow tie — it's all just very, very nice.

When He Made This Adorably Shy Smile

The fact that a vampire, even one as powerful as Klaus, can still feel shy or embarrassed after all of this time is something that I find completely heartwarming. Seriously, just try looking at his facial expression without smiling. It's impossible. Am I the Grinch because I think my heart has just grown at least three sizes.

When He Revealed His Intentions to Caroline

There is nothing that I don't love about this sentence. Granted, I'm extremely biased given that I'm a hardcore Klaroline fan, but even without knowing who he's talking to, you have to admit it's the perfect pick-up line. *All the feels*

When He Had This Hair

Yet another reason to love those flashback episodes. What I wouldn't give to run my fingers through those gorgeous locks.

Pretty Much Any Time He's Called Someone "Love"

Yes, I need your help picking me up off the floor since I have just fainted from your overall ridiculous appeal. Also, call me?

When He Learned the Sex of His Unborn Child

Though she didn't know for sure yet, Hayley revealed to Klaus that she thinks they're having a girl, which immediately brought a smile to his face and sent our ovaries into overdrive.

When He Proved He Could Be Chivalrous

Prince Charming or Klaus Mikaelson? In this instance, the two seem to be one in the same.

When He Became a Father

There are no words to describe how precious this is, so I'm just going to let the image speak for itself.

When He Finally Hooked Up With Caroline

Everything about this scene was perfect and made us fall in love with Klaroline all the more. Just leave it to Klaus to make sex up again a tree look like the most amazing experience in the world.

Just going to leave this here for anyone interested…