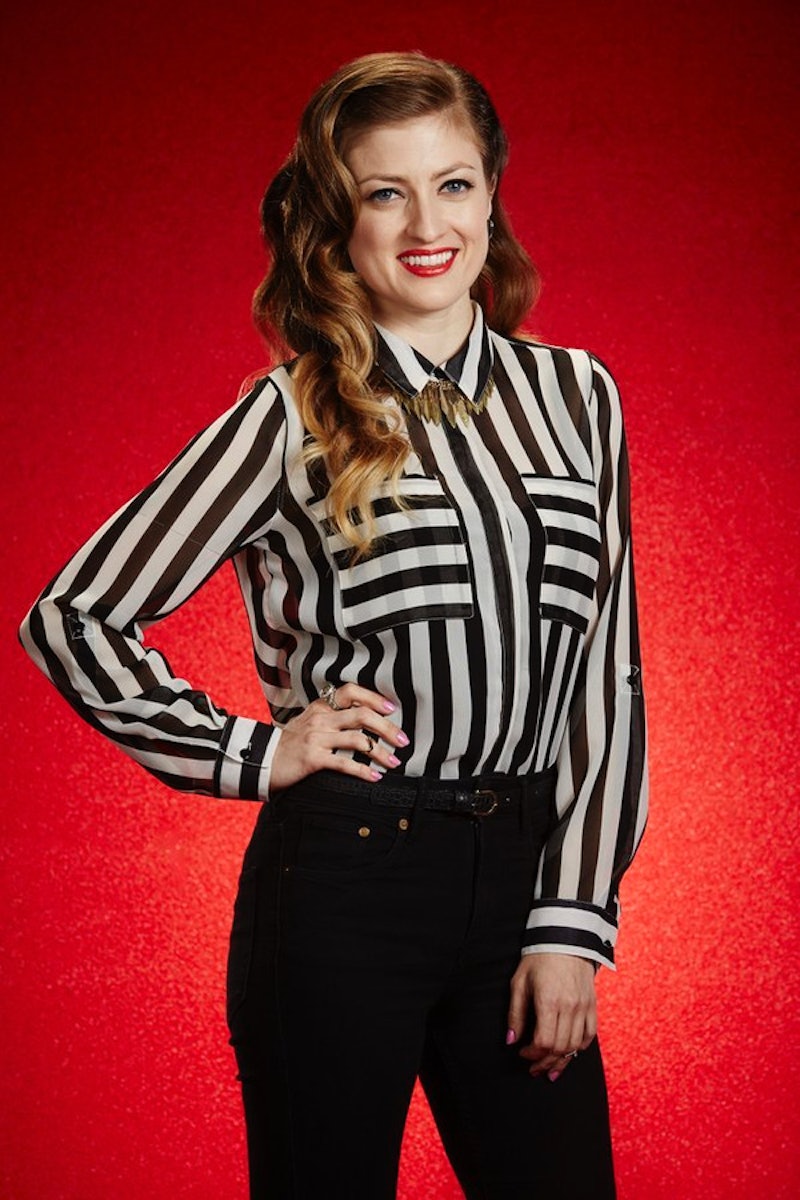 The battle round just turned into a battle between the coaches, with The Voice contestant Jean Kelley as their prize. Kelley battled with fellow Team Gwen singer Sugar Jones to Destiny's Child's "Survivor," which may be the greatest battle round song of all time, because Destiny's Child. Jones did an amazing job with her performance, but Kelley's voice was more suited to the genre and was the one I heard the most throughout the song. Not to mention Kelley delivered a killer performance. There was one riff she did that I thought would seal the deal, but alas, coach Gwen Stefani chose Jones and Kelley was put up for the steal.

I get it, Jones' voice is different and mysterious and Stefani doesn't have anyone else with that kind of voice on her team. Jones also comes from a family of musicians and has the one of the greatest stage names ever. She could be a star. But Kelley has a powerhouse voice that could excel at most genre's of music, not just one. She reminds me a little of Kelly Clarkson, no?

I'm glad Pharrell and Levine notice real talent because I would've been crushed if Kelley went home, especially after Maiya Sykes was sent home earlier in the night. The banter between the coaches was like blind auditions times five. Team Pharrell was the definitely the best choice for Kelley. He can make her voice even better and turn her into an even bigger star than she already is. There's no doubt Pharrell has the team to beat. Let's hope there's a Kelley v. Jones redux later in the competition, and Kelley comes out on top.