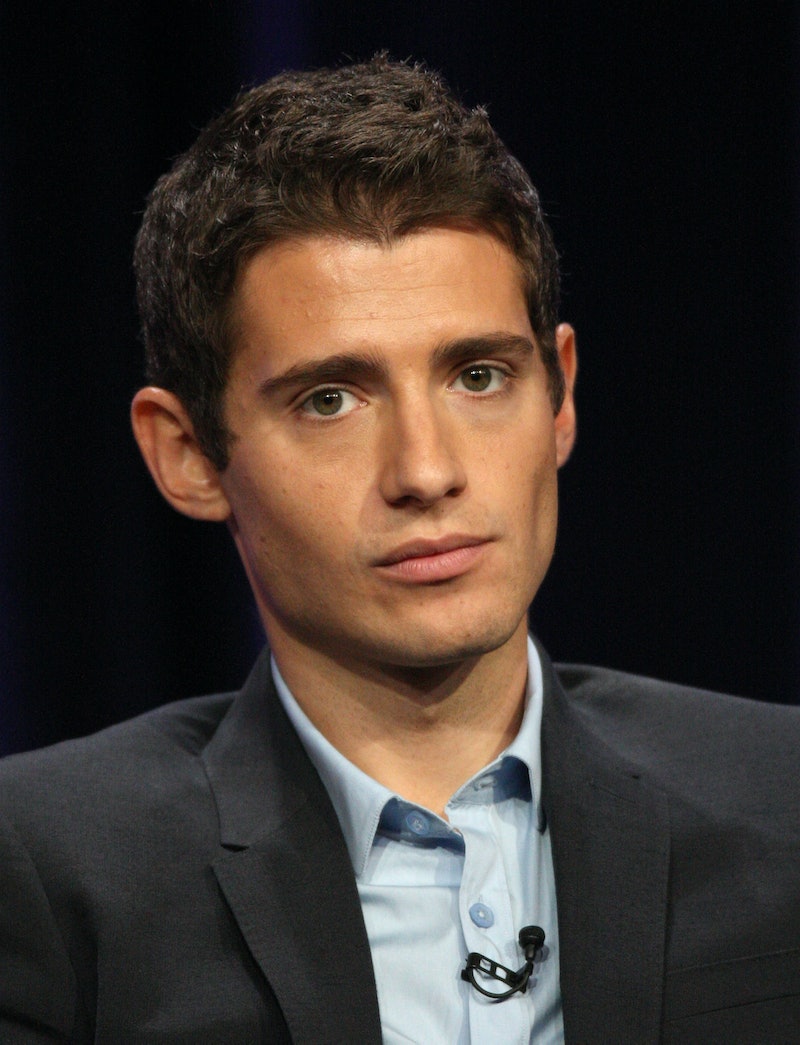 If there's one takeaway message fans should be getting from the fourth season of New Girl thus far, it's the underlying fact that Jess is actively on the prowl for a new relationship. And there's another new dude in town on this week's "Landline": Ryan. What's more is that the actor playing Ryan on New Girl is Julian Morris, and even if the name itself doesn't ring any bells for you, his face most certainly should. Whether you've noticed him consorting with liars or awaking sleeping princesses from their slumber, odds are you've seen this handsome face appear on your television screens at one point or another.

As of now, Jess has worked her way through a best man at a wedding, 10 different Dice (fake Tinder) participants, and even a guy with a micro penis, who didn't need a big appendage to succeed in being a complete and total jerk. Suffice to say, Jess' situation is less than ideal at the moment, but that may all be about to change. Tuesday night's New Girl episode will introduce Ryan, a new teacher at Jess' school who ends up catching her eye. And given that the role is being deemed as "recurring," there's a good chance this possible suitor may actually stick around for a while — or at least a bit longer than one single episode.

So as a way to help you get psyched for Morris' New Girl debut, here are all the other things this dreamy hunk has been up to lately:

Good ole Wren. So charming. So attractive. So British. Now if only he could just be a little less fickle about which Hastings sister he has actual feelings for. I'm still unsure if he can be trusted. But to be fair, I make it a point of not trusting anyone on this show. Hopefully his New Girl character is a little less shady (but still just as British).

Sure, we aren't seeing much of him, Aurora, or Mulan these days, but they're definitely still all hanging out in the Enchanted Forest, just waiting for an exciting storyline to be thrown their way. (You hear that, writers?) Let's just hope it's sooner rather than later.

24 fans may recall seeing Morris in the role of Agent Owen during the show's eighth season. And while he may not have made it out of the series alive (RIP), his heroic attempt at trying to save a fellow agent was enough to make his character a memorable one.

He Was on ER

In keeping with his PLL medical background, Morris played the part of surgical intern Dr. Andrew Wade on ER back in 2008. As you can see, he was just as easy on the eyes back then. Now if you'll excuse me, I think it's time for my sponge bath.

Just in case we don't see as much of Morris on New Girl as we hope to, fans can catch him starring as Reverend Paul Curtis next year in Amazon's brand new series Hand of God, which recently got picked up for a full series order. Morris will star alongside the likes of Sons of Anarchy's Ron Perlman and Body of Proof's Dana Delany. Mark your DVRs accordingly.