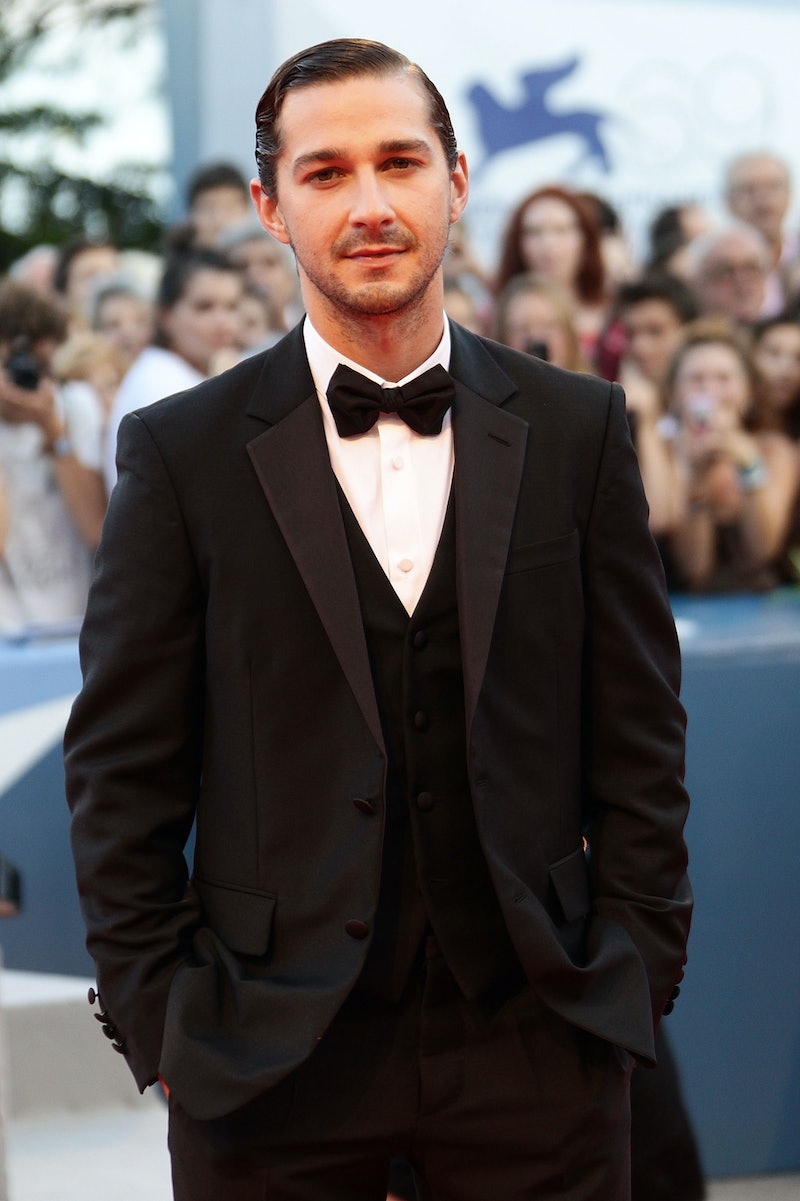 Guys, I know he doesn't exactly show it too often, but Shia LaBeouf is an old softy. If you don't believe me, maybe you'll believe the endearing yet surprising photographic evidence of Shia LaBeouf and Kate Mara "canoodling" at Disneyland. Disneyland and affection? I know, it's a lot for me to take in, too. But before we get all "Kate and Shia sitting in a tree, K-I-S-S-I-N-G" about it, let's just assume that they're good, affectionate friends. After all, waiting in line at Disneyland is all sorts of tiring and what kind of friend would you be if you didn't offer your pal some physical support, am I right?

Besides, as the Daily Mail asserts, the Fury actor is still assumed to be with his girlfriend, Mia Goth, and is working on a movie with Mara in which they play parents to a young child. Maybe they were just getting in to character, and that would explain the random little boy seen with them. Let's just think of it this way, the fact that LaBeouf is making news for doing something other than getting trashed in public and disrupting Broadway shows is a good thing. Especially when he's being all cute and unassuming.

Well, unless you consider poor, unfortunate Tawny's feelings about this. Yes, Tawny. How soon you've forgotten! I'm referring to Tawny Dean from Even Stevens, who everyone knows was Louis Stevens' soul mate, and by extension, LaBeouf's. I can't imagine that she would've taken kindly to this Disney date, regardless of it being platonic or not. After all, Tawny and Louis were besties first and foremost. That traitor.

Now, I can only imagine that Tawny's gone into an emotional spiral, causing her to pen depressingly poetic music like this:

You see, LaBeouf? You've crushed her. And after all you've been through.

And your profession of love!

But regardless of girlfriends, new best friends, and the like, this is how I'll always feel about Louis and Tawny:

So don't worry, Tawny. The public parade of affection will end soon.