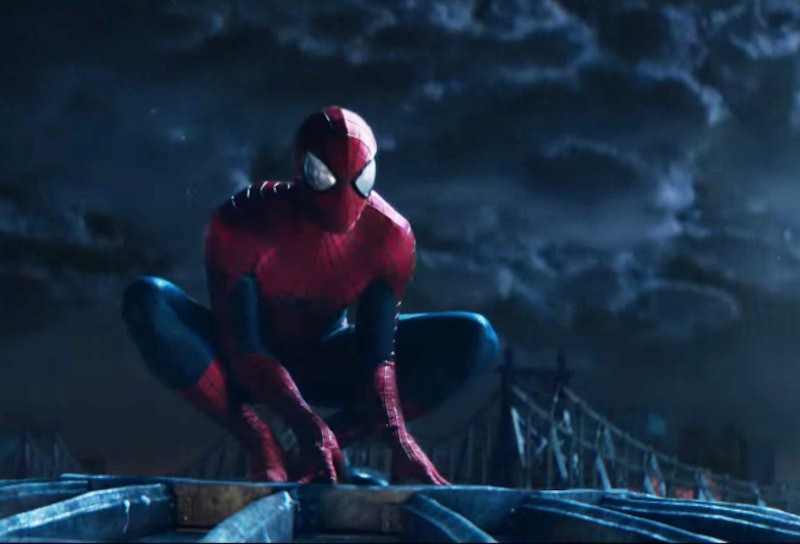 There is exciting news afoot for Marvel fans — again. Marvel has been delivering at the box office and leaving other superhero competitors in the dust, but the revelation that Robert Downey Jr. would appear in Captain America 3 for the Civil War storyline from the comic books was cause for celebration. Civil War is one of the biggest storylines to ever go down in Marvel comic book history, especially as relates to the Avengers, and it already has the potential to be the greatest superhero movie ever made if certain events work out. Like, for example, if Spider-Man appears in Captain America 3 as well. However, whether or not he will appear is a bit more complicated than it should be.

In the comics, the Civil War storyline revolved very heavily around the big players of Captain America, Iron Man, and Spider-Man. While Captain America was the face of the opposition to the Superhero Registration Act, Iron Man convinced Spider-Man to reveal his secret identity as Peter Parker in support of the act. However, Peter's support, and his relationship with Tony, soured and he ended up leaving to join Captain America's anti-registration movement. Along with the Fantastic Four and the X-Men, Spider-Man is one of the key characters in the Civil War arc that have already received their own films. And that's the problem.

Marvel might own the characters, but they don't own all the film rights. Sony owns the film rights to Spider-Man and there's no guarantee that they'll agree to a contract with Marvel to loan Spider-Man to Captain America 3. After all, they're in the middle of a successful Amazing Spider-Man franchise themselves and Captain America 3 is in direct competition to that. It would probably be in their best interest to block any chance for Cap 3 to be a success. The only way Spider-Man is going to appear in Captain America 3 is if the two film studios come to some sort of deal about finances and distribution of this one film, which involves a lot more elements than just shaking hands and signing a piece of paper.

It's exactly this controversy that is keeping Spider-Man out of The Avengers films. In the comic books, Spider-Man eventually became a member of the Avengers, but don't expect to see him show up in those films any time soon. According to a 2014 Screen Rant article, Avi Anrad, a former Marvel Studios executive and current producer of Amazing Spider-Man, said that "I for one don’t see the value for us in it. I think we’re doing such a good job with the Spider-Man Universe. Spider-Man is arguably the number one character in the world. He shouldn’t make a cameo." Of course, he also went on to say that he doesn't speak on behalf of Sony, but that doesn't bode well for fans.

At this point, it's probably safe to say that Spider-Man and the Avengers are going to remain in their respective movie universes with no overlap, but that doesn't mean that fans should stop asking for it. If enough fans raise their voices, then surely the studios have to listen. And Captain America 3 doesn't come out until 2016, which means we have about a year to convince Sony to loosen the reigns on Spider-Man and throw him into the Civil War foray for what could not only be a multibillion dollar blockbuster for both studios but could also give them plenty of plot for future Spider-Man films. It's about time Captain America and Iron Man get to meet Peter Parker, don't you think?