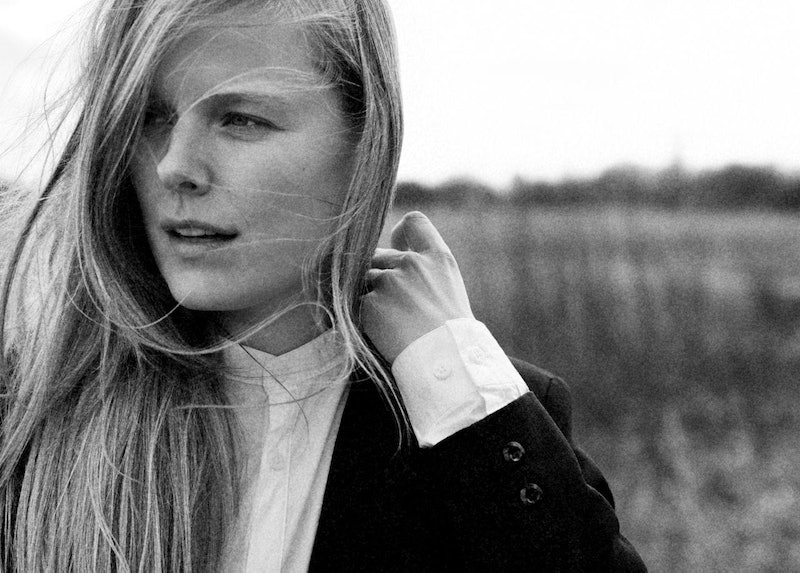 I am not sorry — for anything, anymore. Or, at least, I don't say I am, so I can be bolder. It's a conclusion I've arrived at after a reflection on my tendency to apologize all the time. It all started with a great and weird book, Sheila Heti's How Should A Person Be?

Actually, the book's not just weird, it's downright incomparable to anything I've ever read, and to try to describe it is to contradict myself. It's a narrative, but large parts are theatrical script; the content is at times metaphysical and then it becomes straight-up witty. And it’s a novel, so decidedly not a memoir, but it's very much based on a real life: This is the story of the friendship of characters Sheila and friend Margaux, based on non-fictional Sheila and non-fictional friend Margaux.

The contradictory weirdness is wonderful, though. Heti writes with insight and witty frankness. As a self-confessed Strange Woman, I identified with her voice many times: Her character described difficulty relating to other women, atypical career ambitions, occasional feelings of lostness — all things I would love to dish with her about while eating baked ziti.

One sentence in the novel, though, gave me pause and a chance for reflection. Heti made a claim about femalehood that really made me think. In one scene, character Sheila has inadvertently offended a friend, and Heti writes: “I thought of apologizing — but couldn’t. Women apologize too much, I once decided, and made myself stop.”

My eyes initially glowed with righteous recognition: I also apologize too often! Gah, Sheila is my twin soul! And then I was distracted by Heti’s decision that the habit is a female thing. It seemed bold, and I wanted to understand her line of reasoning. But the text moved on, to describe how how instead of apologizing, Sheila abruptly announced she would be leaving — and I felt like Heti's twin soul again.

Heti is not alone in her generalization that women are overly remorseful creatures. The same claim came up while I was reading Amy Grace Loyd’s debut novel The Affairs of Others , the riveting book about a widowed Brooklyn landlady whose new tenant tests her life of order and boundaries. The narrator, landlady Celia, asserts at one point: “Women say sorry too often. We say it when it’s not ours to say.” The claim stuck out because it was abrupt and so directly similar to Heti's claim in her totally incomparable book. A Google search of “apologizing too often” first links you to articles in which women write about how they find they say sorry too often and assume or argue it’s related to the fact that they’re women.

In an unapologetically unscientific poll, many of my female friends recognized that they, too, apologize unnecessarily and even inappropriately. One particularly bad case of the Sorries is Elaine. “I think I've used 'sorry' so often now that it's become a filler word,” she reflected. She says her habit partly developed from her perfectionism: she prefaces questions with “I’m sorry,” in an attempt to “apologize for not automatically having the answer to my question, or that I even had a question at all.” The extra sorries also stem from her desire to please other people: “I think I apologize preemptively so that I cannot disappoint.”

Caralyn echoed these thoughts, saying that she definitely apologizes too often when she doesn't feel at fault, and reflects it could be a way to "acknowledge your imperfections so no one thinks that you think too highly of yourself or are bitchy... it's a way to incline others' perceptions of you away from those negative adjectives." She doesn't want to come on too strong, but then another female friend of mine said she used to apologize all the time for not being aggressive enough. If she didn't want to hook up with boys, she wouldn't, but she would also apologize so she wouldn't be perceived a prude. "That's not something a girl should have to apologize for, but I did it anyway," she said.

Guilt, perfectionism, the need to come across as polite and demure but also sexy: These sound like problems that can easily be linked to a reality of female subordination. Perhaps the Sorries are symptomatic of the subservience of the women who Sheryl Sandberg urged to Lean In — women are not bold and honest enough and apologize; women are afraid of coming across as too aggressive or “bitchy” and apologize. If my female friends and I are contrite because we are afraid of being bold or aggressive, then perhaps we, as Sandberg suggests, need to be more confident, not defer to the people above us or around us who may be intimidating for whatever reason.

I’m hesitant to make a generalization about how women are wired to apologize, though, because I’ve found it’s not a tendency reserved to women. My guy pal Bennett says he apologizes in order to be “validated, so someone can dismiss” his worries and he can feel better. And a high school teacher once warned my coed class never to apologize after car accidents even if you’re at fault — apologies would reveal your guilt and could be used against you later in court. (That teacher also instructed that you should never apologize for speeding, never let a cop search your car without a warrant, and absolutely refuse, on legal bounds, what is now referred to as the stop-and-frisk. I recall nothing from the AP exam, but I will forever stand up to jerky cops.)

So it’s less an issue of gender, and instead the more universal feeling of vulnerability that really seems to be at stake when I apologize too much. A server handling my bagel recently dropped my order on the floor, and I apologized. In my brand-new job where my work is mostly administrative, I’ve made minor errors like forgetting to attach documents to emails and apologized profusely: “I am sorry; this won’t happen again!” (Spoiler alert: It probably will! SORRY in advance.) It’s a gut reflex, a crutch. In all these situations, I am vulnerable in some way: I feel uncomfortable when the man has to make me a new bagel, I feel guilty for having made my boss read a whole email with no promised document. And by saying, “I’m so sorry!” I can feel a little bit like I’m in control, as if telling someone else how vulnerable I am will make me somehow stronger. But, in fact I may just suffer even more! What happens if the bagel guy taps into this vulnerability? I eat a dirty bagel and hate myself for having ever apologized.

And I think when Heti, Loyd, and other women link vulnerability with gender — claiming that we defer and admit intimidation because of our inherent femaleness — that we are tapping into a truth that needs to be explored. Some women apologize too much, yes. Some women can be vulnerable, of course. And yes, some women are in many ways not on equal footing with their male counterparts — definitely. But generalizing as Heti and Loyd briefly do, to say that women as a group apologize too much, and women are generally vulnerable, is to suggest that our vulnerability is causally linked to our gender. We are therefore not responsible for our vulnerability — we are thereby made more vulnerable by our vulnerability! (It makes me dizzy.)

(I am not sorry it’s taken me so long to conclude here.)

So profuse apologies are not linked to female subordination, but instead to vulnerability, intimidation, and discomfort. I am sure Heti was not inviting a feminist critique when she generalized, but instead she may have wanted to establish solidarity with other women readers who apologize when they feel vulnerable. So I’m going to open up the invitation to all people, regardless of gender, who may be weaker, intimidated, uncomfortable: Stuff your sorries in a sack! And then sack up! Be a bit bolder, a bit more un-sorry. That's also, by the way, how I'd answer Heti's titular How Should A Person Be? in eight words. Eight words, because I'm not sorry if you happen to count "un-sorry" as two.

More like this
We’ve All Had Bad Sex. Nona Willis Aronowitz Is Talking About It.
By Sophia Benoit
10 Must-Read New Books Out This Week
By K.W. Colyard
Josh Peck Shows Love To Jennette McCurdy After Her Shocking 'iCarly' Revelations
By Radhika Menon
Emma Mackey *Is* Emily Brontë In The First Trailer Of The Biopic
By L'Oréal Blackett and Sam Ramsden
Get Even More From Bustle — Sign Up For The Newsletter