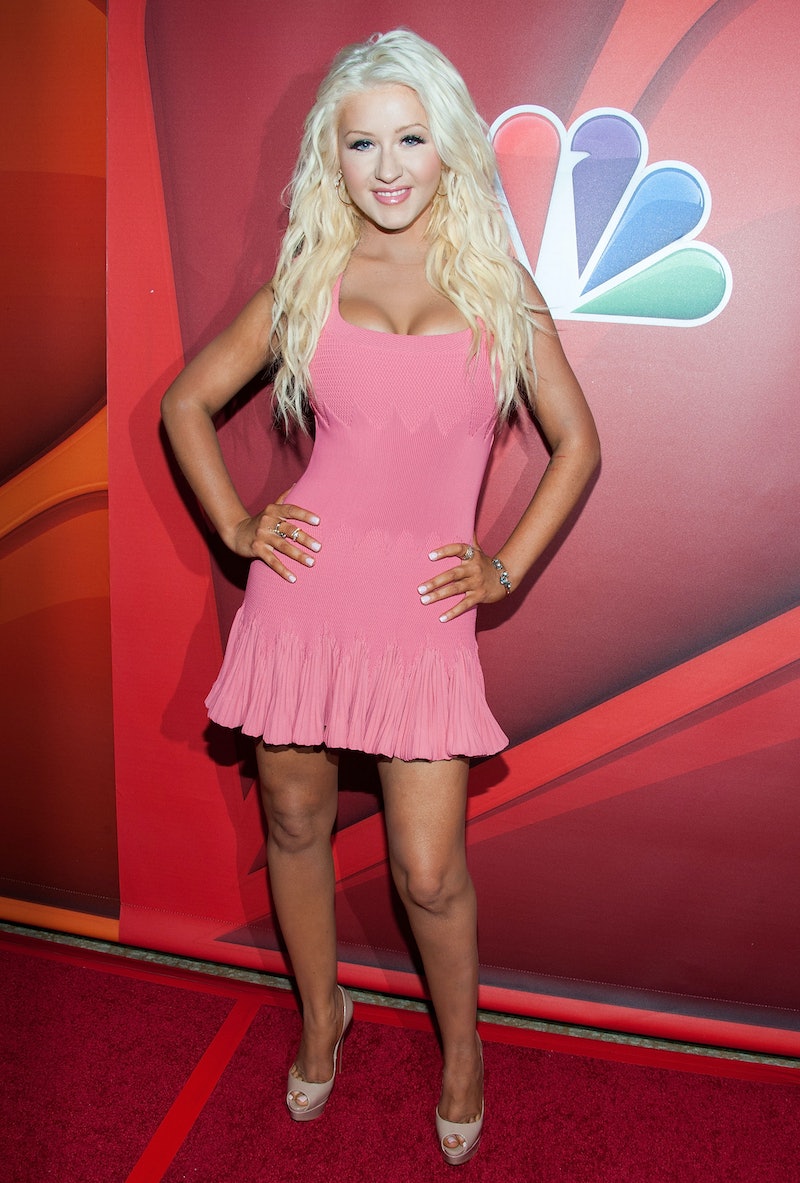 Even thought the battle rounds just started on Season 7 of The Voice, next season's coaches have already been revealed, and like past seasons, there will be a small game of musical chairs occurring on Season 8. It was announced on Tuesday that The Voice would welcome back Christina Aguilera as a coach, replacing Gwen Stefani. The other three coaches — Adam Levine, Blake Shelton, and Pharrell — will remain as the other three coaches for Season 8. It was sort of surprising that Usher wouldn't be returning, since the two middle coach chairs usually rotate each season, but Pharrell is a welcomed coach, so it's great he'll be returning. But Aguilera's return is definitely the best news out of the entire announcement.

Aguilera, who just welcomed a baby girl in August, was one of the original coaches from the first season of The Voice, and in my opinion, was one of the best. While I enjoyed Shakira's passion, and am currently enjoying Gwen Stefani's coaching style, welcoming the 33-year-old singer back will be like getting the gang back together — minus Cee Lo Green, and that's OK, based on his recent comments.

Here's why Xtina's return to The Voice is great news for the show's eith season.

She's had a couple of seasons off, so Aguilera is going to come back swinging. She's had time to get her game plan ready, and she will want that win.

She's not afraid to fight

Whether she is fighting for a contestant in the blind auditions, or she has to shut down what Levine is saying about a performance, Aguilera has never been one to keep quiet when she disagrees with one of her fellow coaches.

Maybe this one is selfish, but if Aguilera returns, it means we, as the audience, will get to hear her sing throughout the season... and that is great news.

She really cares about her team

Not to say that the other coaches don't, but with Aguilera, I've always felt this familial bond she forms with her team members.