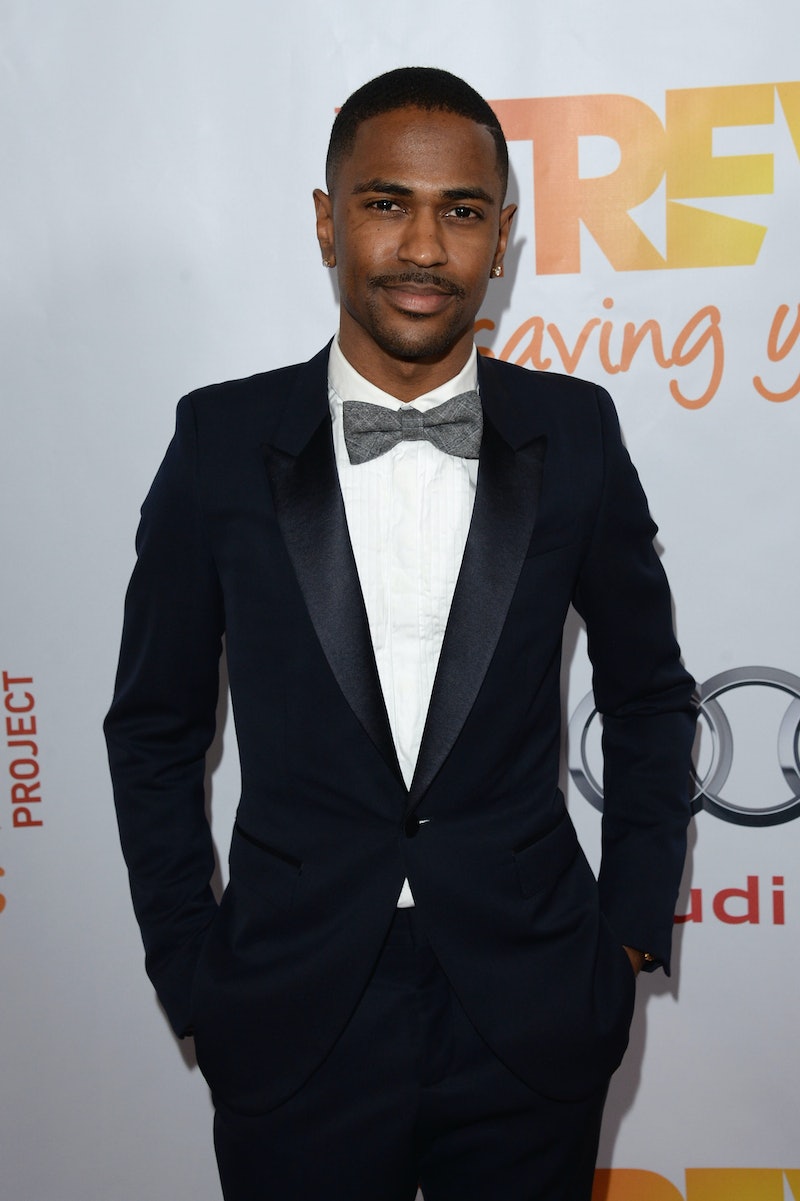 I'm sure that everyone here has contemplated the irony of Ariana Grande's name. In Italian, her surname literally translates to "tall," but the pint-sized pop star barely grazes 5 feet. Wanna know what's even funnier? Ariana Grande's boyfriend Big Sean is in a similar situation, considering how his height relates to his moniker. How tall is Big Sean, really? Well, if you're a real stickler for stature, you probably wouldn't swipe right on his Tinder profile.

I mean, he's no hobbit or anything, but he's not particularly tall as his name may suggest. According to Celebrity Heights and The Urban Daily, the rapper is 173 cm, or 5'8". In my own personal opinion, I don't think that 5'8" is all that diminutive, then again, I'm on the shorter side so everything's relative. Considering that fact, Big Sean may as well be a giant as far as Grande is concerned. Even in heels she barely comes up to his ear level, as he has a good eight inches on her.

Also, with respect to other rappers in his league, Big Sean is essentially about average height. Kendrick Lamar and Lil Wayne both clock in at 5'6". Sean's benefactor and rap mentor Kanye West is reportedly 5'8". Drake, however, is 6 feet tall, and Wiz Khalifa towers at 6'4".

Sometimes, he'll be on the shorter end of the spectrum...

And other times, he'll be a bit taller...

Then, there are the odd times where he's sitting down and you just can't tell.

Ultimately, Big Sean is far snappier than "Average Sean," so we're just going to have to go with suspension of disbelief on this one. Then again, if you'll allow me the usage of some gratuitous innuendo, maybe he's not referring to this numerical height but the height of, well, his bean stalk.

More like this
Everything To Know About Taylor Swift’s 10th Studio Album, 'Midnights'
By Grace Wehniainen and Jake Viswanath
Kesha Is Down To Be The Next Bachelorette
By Jake Viswanath
Dan Levy Appears In The Latest Teaser For The Weeknd's HBO Series, 'The Idol'
By Jake Viswanath
Beyoncé’s Special Tribute To Sister Solange Was Both Touching & Hilarious
By Stephanie Topacio Long
Get Even More From Bustle — Sign Up For The Newsletter