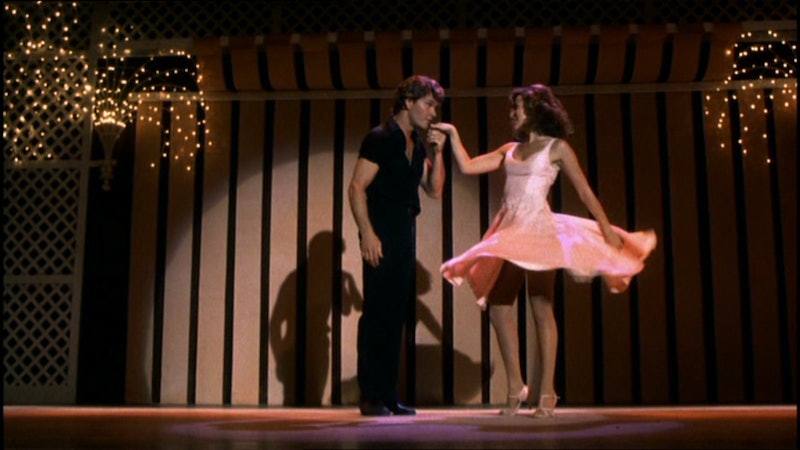 Kids dancing really well is the new cats on the Internet. The next viral-kid-dancing sensation is Charlie, an 8-year-old boy who has Patrick Swayze's part from the Dirty Dancing "(I've Had) The Time of My Life" dance down. And when I say down, I mean "Man, can that boy MOVE!" Charlie dances in front of the TV, which is playing the iconic scene, and keeps up with Swayze step for step, and even manages to add his own flair to the routine, despite being a tiny child-person. I think my favorite part is the way he throws his head back, as though his neck was a hinge. Perfection.

Swiveling his hips like someone who's been doing it for more than eight years (or maybe seven, how long does it take for babies to learn how to walk these days?), Charlie knows how to WERK. Toward the end of the video, he even gets extra confident, abandons the television, and shimmies up to the camera with so much ballroom dancing sparkling attitude you'll be hard-pressed to look away. Needless to say, the only thing that would make this better is if he opened with "Nobody puts Baby in a corner."