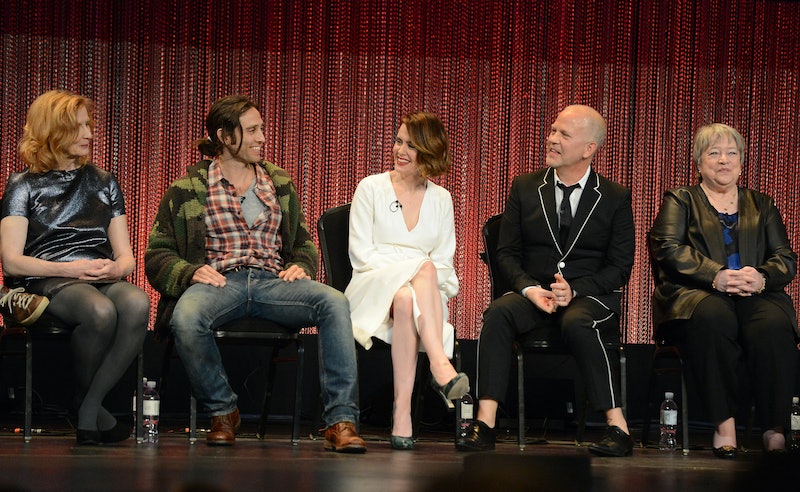 In case you missed the memo, American Horror Story is basically the best TV show of the moment. There are creepy clowns, lots of murder, and basically, Ryan Murphy doesn't want you to sleep on Wednesday nights. For four years now, we have been terrified of murder houses, insane asylums, New Orleans (the whole city, really), and now murderous clowns (not that we weren't already completely creeped out by these things before). Now, we can add another creepy category to the list because American Horror Story is renewed for Season 5 already. With the Freak Show premiere reaching 10 million total viewers, AHS broke FX records as the most watched telecast. But when is AHS Season 5 coming our way? I, for one, literally can't wait.

So far, information about Season 5 is limited. Murphy told Entertainment Weekly that he already knows what the plot of AHS Season 5 will be and that he is already meeting with actors about their roles. "There are clues in the first two episodes [of Freak Show] because I figured out season 5 very early on and I know that the fans love that. So there are clues that are dropped," he says. OK, so we don’t know what the storyline is (even though fans have some pretty cool ideas), but we know one thing for sure, and that’s when we can expect to see Season 5 on TV.

Every year since its start, American Horror Story premieres its first episode in October. Seventy five percent (meaning three seasons) of the show aired on the first Wednesday in October and the other one aired on the second week of October. It makes sense though. Why would anyone want to watch a show that’s intended to be creepy and scary in any other period of the year besides Fall? That’s the time when everything gets cold, people watch scary movies, and start planning out Halloween costumes. It would actually infuriate me if FX ever moved it for summer. Summer is for sing-a-longs. Period.

Based on past patterns you can expect American Horror Story Season 5 to premiere in the first two weeks of October 2015.

You’re probably also wondering what will happen with Jessica Lange because let’s be honest, without Jessica Lange, AHS just doesn’t exist. Murphy has high hopes for his leading lady. He spoke about the Lange's potential return to TVLine:

It always starts with a character for Jessica, so I think I’d have to present her with something she was very interested in. Before, I was met with a really quick ‘No.’ Now, I’m hearing, ‘Well, let’s keep talking.’ So I thought that was a very good sign … I think if I presented her with the right character, and it could work with her schedule, she might be interested … That’s my hope.

Hang in there, kids. I'm sure we will get more hints soon.