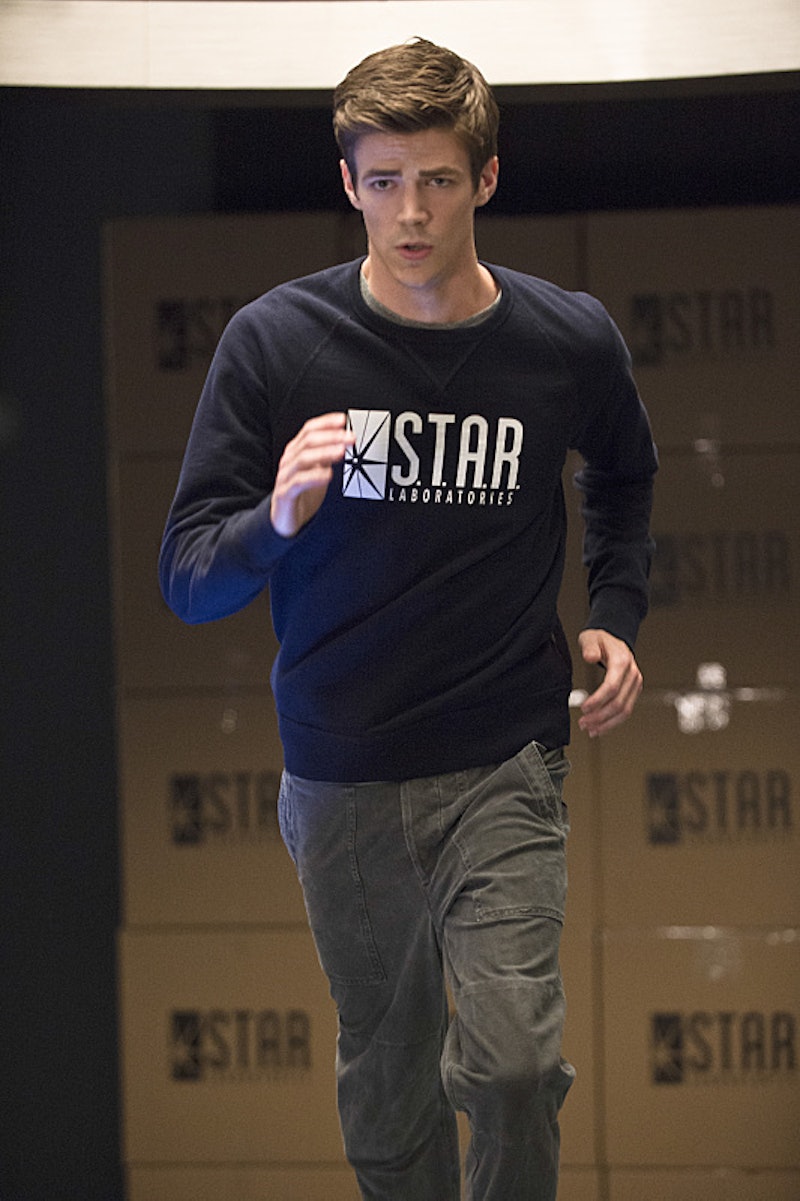 In Tuesday night's new episode of The Flash, " Fastest Man Alive," it seems that Barry Allen's powers are wearing thin on him. What started as an ache soon caused the young vigilante to pass out. The scientists at S.T.A.R. Labs run some tests and initially suspect that his speed is causing him to lose glucose at an inhuman rate. That's a surprisingly logical answer for a superhuman ailment — almost too logical. Somehow I don't think stocking up on Gatorade and Cisco Ramon's protein bars is going to do much good. Did the storm have negative effects on The Flash's health? What's making Barry pass out? Could being a meta-human come with its own side effects? That storm was the definition of instability, yet Dr. Harrison Wells didn't seem too concerned.

Sure, Barry has a lot to worry about. Iris is on his case. New villains are popping up every week. He's still somehow late to work. However, the fact that Allen's really cool superpowers are causing him pain should be at the top of the list.

Barry yelled "you're not my real Dad" at Detective West a few too many times for my taste. I think Jesse L. Martin's character has a point. It's too early on for Barry to be diving head first into the life of a superhero. Not only are these powers new to him, but so is being awake! He has no idea what the residual effects of the coma and the storm are. I, like Caitlin Snow, am on Detective West's side. Even superheroes have limits.

From a storytelling perspective, this is way too interesting of a plot point to vanish after one episode. So many superheroes, especially in the DC Universe, have this sort of blind angst and mope around with existential problems. To see someone's powers causing them real physical pain is so much more compelling and I'm excited to see where this goes.