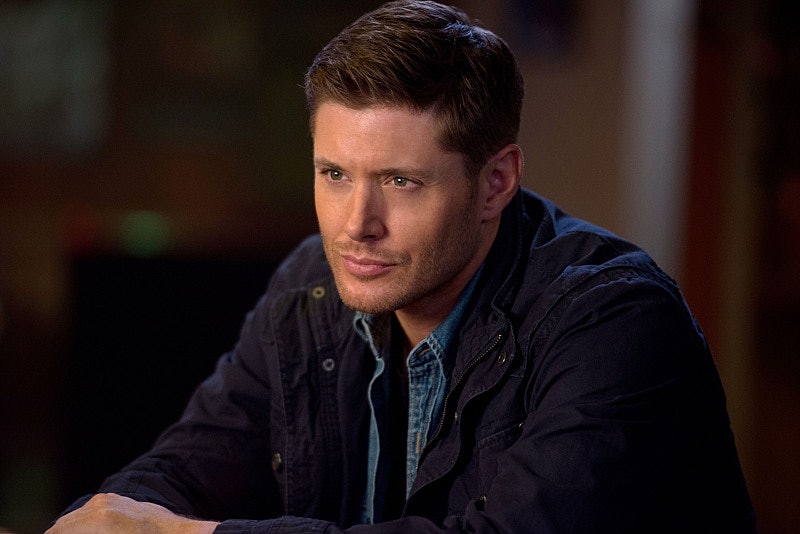 Things are getting worse fast for Demon Dean on Season 10 of Supernatural . While the Season 10 premiere, "Black," showed a lighter side to Deanmon involving karaoke-ing to "I'm Too Sexy" and embracing his more, ahem, sexual side, Tuesday night's episode "Reichenbach" showed the growing downside to becoming a black-eyed monster. The biggest problem Dean is facing is his anger, a problem he had when he was a human that has clearly escalated exponentially since his turn towards demon-ville. And that anger could either get Dean into some serious danger, or could make Dean the biggest danger of all.

After Dean starts "Reichenbach," by insulting and making a creepy pass at a stripper and beating the crap out of the strip club security guard, Crowley attempted to quell Dean's anger by giving it some focus. He tells Dean to get into the demon hitman business by killing a cheating wife and collecting the desperate husband's soul as payment for Crowley. Instead, Dean finds the husband to be "douchey" and kills him with the First Blade. He thinks the job is complete since his need to kill has been satisfied for the time being, but Crowley's not pleased. While trying to discipline Dean, the new demon pushes his King to the ground, causing Crowley to end their working relationship, mentorship, and friendship (an act Crowley would regret later in the episode). Crowley also tells Dean that by sparing the wife's life, he's shown that he still has humanity inside of him.

Dean confronts the vengeful Cole later in the episode and defeats him in what is sure to be the first of many battles between the two men, and he also finds time to make fun of Sam about getting cured. Dean asks his little brother, would he have bolted if he wanted to get the cure? Sam tells him that regardless of whether Dean wants to hurt him, he won't leave because their brothers and he is going to take him home no matter what. To this Dean laughs and jokes about this being a Lifetime movie-esque scene.

After the fight with Cole and on the way back home, Sam again tries to reason with his brother that if there was no humanity left in him, he would have easily killed Cole and not thought twice about it. But Dean tells him he didn't have mercy on Cole. He made him think about how he lost the chance to avenge his father for the rest of his life. Then he adds "What I'm gonna do to you Sammy, that ain't gonna be mercy either."

Clearly Dean's humanity is getting further and further away from him as the promo for next week's episode "Soul Survivor" shows us Dean's psychological torture of Sam could already be starting. This potential loss of humanity is something Sam and the rest of Team Free Will really needs to worry about how to save him. If they wait too long, Dean's need to kill will get stronger and stronger, which means when he goes out looking for the hunt, he'll either get more than he bargained for or he'll take out everyone he once loved.