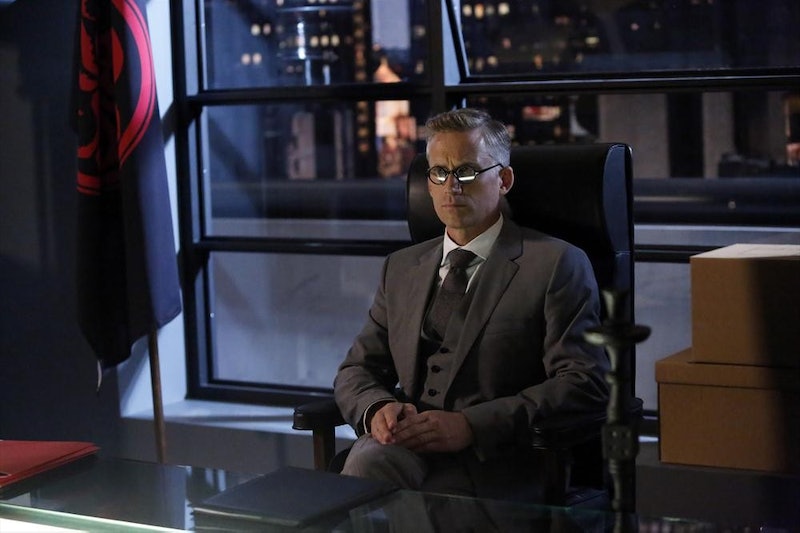 So we've now learned that on Agents of S.H.I.E.L.D., Whitehall sincerely wants the Obelisk and will do anything in his power to get it... including attaching a powerful device to Raina's hand and giving her a deadline of 48 hours to give it to him. None of this is huge news; after all, we've known that Hydra has been trying to obtain the Obelisk from the start, and it seems that Whitehall is the grand poobah of that organization, so, you know, logic follows. But what could Whitehall want to do with the Obelisk (otherwise known as the Shiny Angular Box Thingy)?

If you've read up on evil Nazi doctor Daniel Whitehall, you know his supervillain alter ego is Kraken. But Whitehall has yet to exhibit any actual supernatural powers, aside from being very smart and very evil. Could the Obelisk contain the technology behind the Kraken's famous helmet, which covers his body in armor that imbues him with superpowers?

Another theory is that the Obelisk could be something that was uncovered when Whitehall was part of the Zodiac (an organization of intelligence officials that included Agent Garrett and Nick Fury) back in the '60s. The Zodiac recovered lost artifacts, many of which were alien in origin, and all of which were later stolen by the group's Russian members. This would also fit in with many of the theories about the Obelisk's own nature; whether it's an Infinity Stone or a Kree weapon, there's no doubt that it's alien in origin. But the question still remains: just what exactly does it mean to Whitehall?