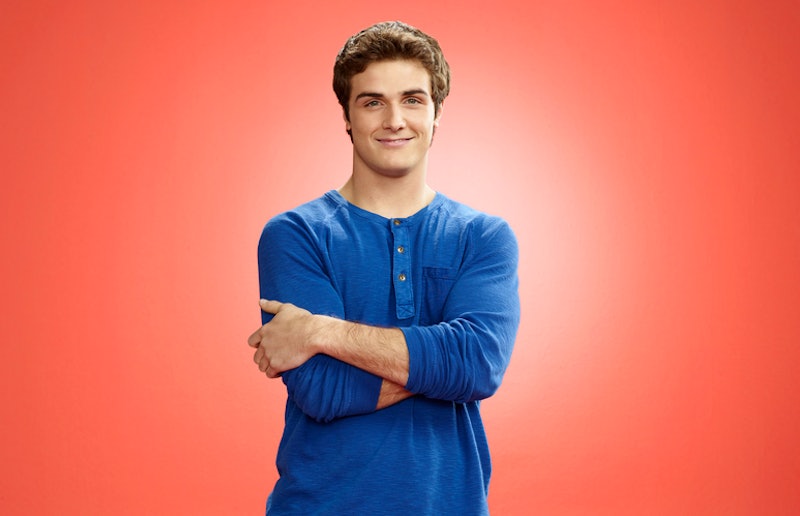 It'd be fair to say that Jenna and Matty have come a long way since we met them their sophomore year. They're both more mature, more considerate, and just generally better at being people. So how does all that factor in when Awkward throws a curveball like Jenna learning about something pretty horrid that Matty did when they first hooked up?

This episode of Awkward centered on the revelation that the dudes of Palos Verdes have been keeping a "Phone Book" rating the girls at the school. More dramatically, Jenna finds and entry clearly written by Matty soon after their first camp hook-up two years ago. Trust: Breached.

Things are bumpy for a while there — there's a pretty ugly fight, and Matty's chances with the new girl they've got lined up are dashed because she's not one to go for misogynistic pigs anymore. The thing is, Matty McKibben's not a misogynistic pig anymore. He's not the same clueless 16-year-old who made Jenna feel small, unimportant, and unworthy. He's not even the guy who'd blatantly try to steal his best friend's girlfriend out from under his nose. He's the guy she's had her most meaningful, respectful, loving relationship to date with, both romantic and platonic. Re-watch first season Awkward and then re-watch the season where we see him react as Jenna cheats on him and rips his heart out in public: Those are not the same dudes, not by any margins. Matty McKibben is no longer a garbage person, and we are all better for it.

So, yes, she forgives him. It's an especially sweet forgiveness after Matty realizes what a douche he used to be and burns the Phone Book in front of the entire school. As Jenna says at the end of the episode, "my moral compass is pointing north, and it turns out Matty McKibben's actually a pretty great friend."