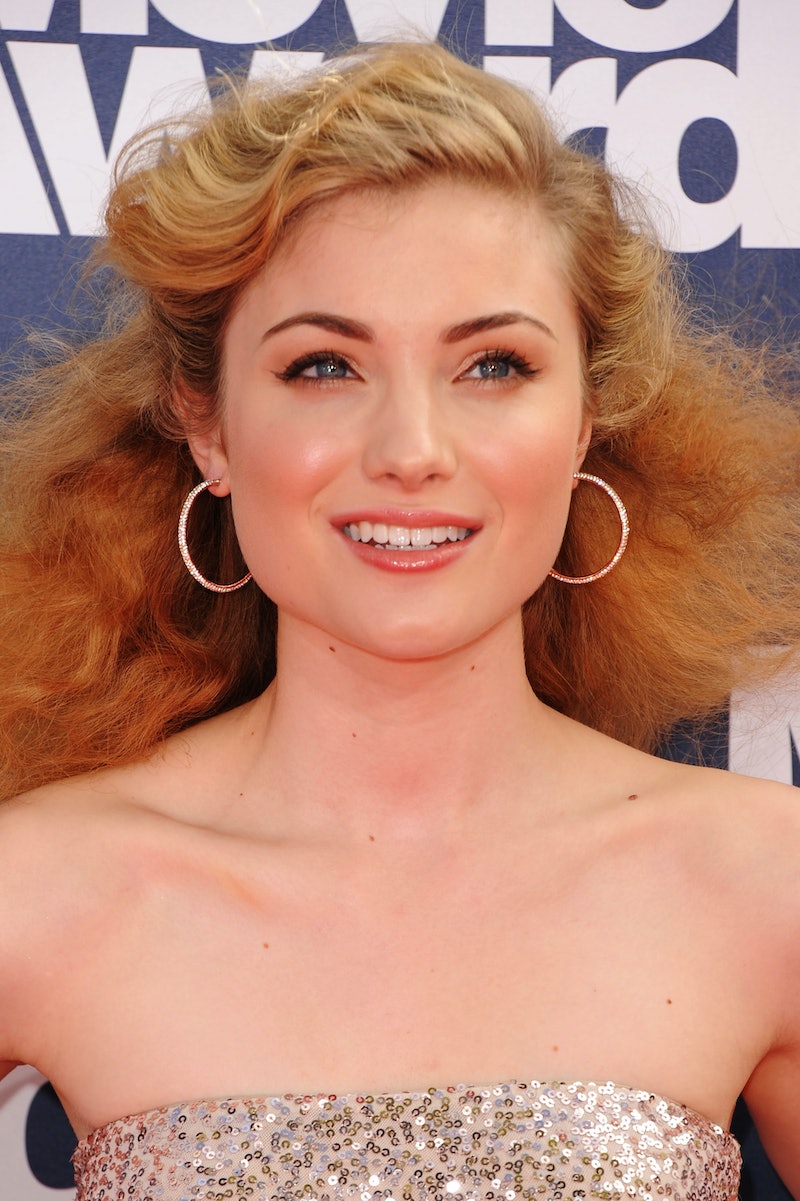 American Horror Story: Freak Show started off a little more low key than its previous iterations' premieres, with an entire scene reserved for a musical number, and not a single death-by-vagina or severed Adam Levine arm. But the sleepy pace of Jupiter, Florida and the earnestness of the freaks who temporarily reside there served to make that killer clown who showed up halfway through about 1000 percent more terrifying. Though the girl the AHS clown kidnapped is probably having a rougher go of things at the moment.

Twisty (a name perhaps inspired by his half-on-half-off mask, or more likely, by much more sinister reasons) makes his presence known in the premiere when he intrudes on a couple's romantic picnic in the woods and then, you know, knocks them out with bowling pins, stabs the boy to death with a pair of scissors, and abducts the girl. The scene was pointedly reminiscent of a scene from David Fincher's Zodiac where the Zodiac Killer joins another pair of young lovers as an unwanted homicidal guest. And Twisty the Clown just happens to be played by John Carroll Lynch, who played lead suspect, Arthur Leigh Allen, in Zodiac. But the girl Twisty abducts is undoubtedly a scene-stealer — even if she's not the stabby one.

The kidnapped girl is Bonnie Lipton, played by Skyler Samuels, which is probably why she looks so familiar (beyond just resembling the standard normal-blonde-among-the-freaks character, aka Marilyn Munster):

Samuels broke into acting on a trifecta of teen shows — Drake & Josh, That's So Raven, Wizards of Waverly Place — but she eventually breached the more supernatural side of Hollywood as a teenager and it now seems to be her realm of expertise.

In Samuels' first starring role on a series was on The Gates, an ABC series about a man becoming chief of police and moving his family to a gated community. Samuels played a teenage girl going through regular teenage girl things: high school drama, liking the new boy in school, discovering she's a succubus. Oh yeah, Andi was a succubus, one of many supernatural creatures hiding out in this quiet little community... sound familiar?

The Gates was canceled after one season, but Samuels bounced back with the leading role on ABC Family's Nine Lives of Chloe King... where she played a cat. Or rather, she played a young girl discovering that she's an descendant of the Egyptian cat goddess, Bastet, and that discovery comes with some cat powers, like claws and being hyper-aware of human emotions. Also (as you might have guessed) she has nine lives.

Sadly, Samuels cat-power days were also canceled after one season, but clearly she has the talent to keep proving her power as an actress. In addition to playing Bonnie on AHS this year, Samuels is part of a stellar ensemble cast in next year's film adaptation of YA novel (written by then-17-year-old Kody Keplinger) The DUFF, which also stars Bella Hawthorne, Mae Whitman, and Allison Janney.

Whitman plays Bianca, a girl who discovers she is known as her friend group's "Designated Ugly Fat Friend" (IN WHAT WORLD???) and calls on her pals Jess (Samuels) and Casey (Bianca A. Santos) to help her shed the label. The plot is a bit worrisome, but considering the popularity of the book, the whip-smart cast, and Variety's stamp of approval that the film deals frankly with "self-esteem centered on perceived physical beauty or lack thereof," The DUFF looks to be one for Samuel's winner pile.