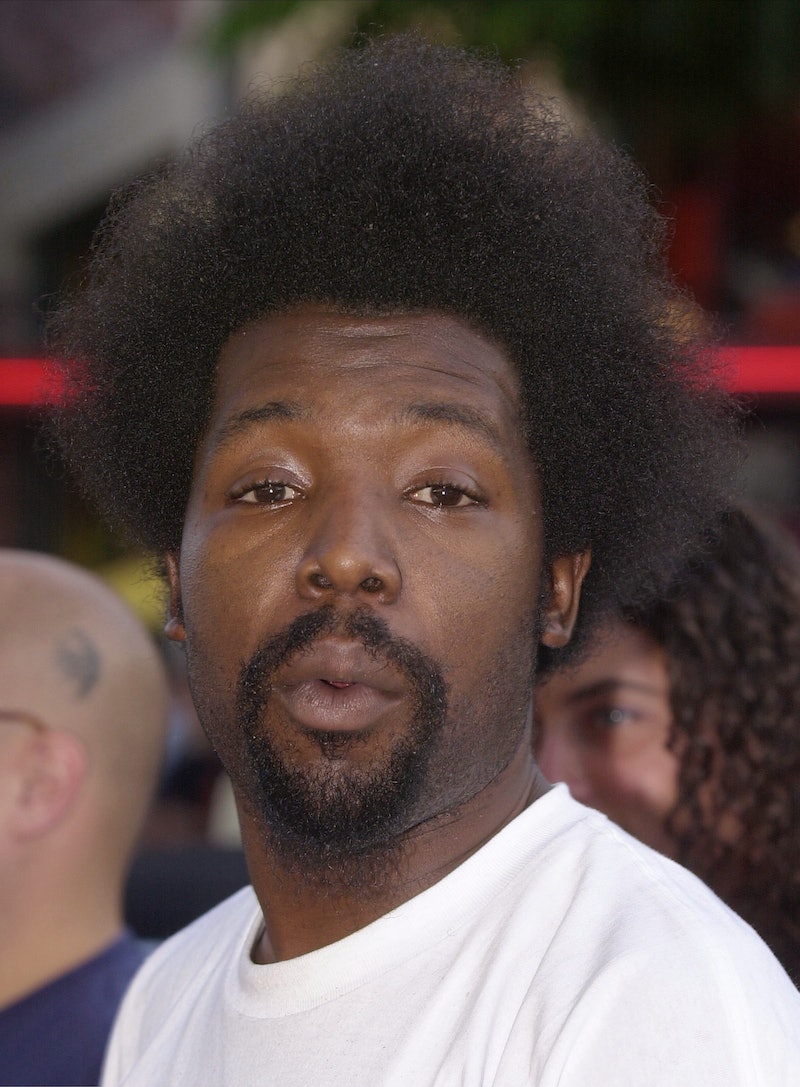 Remember listening to "Because I Got High" in the early 2000's (on headphones, of course, because your parents would kill you for listening to a song about weed)? It's practically become the anthem of lazy stoners everywhere. Well, now it's gotten a socially conscious update from Afroman himself, and the new lyrics do a complete 180 from the original version.

Instead of smoking weed and missing class, work, court, and essentially ruining his life, Afroman now smokes weed as a medical cure. In the song's newest version, Afroman smokes pot to aleve various ailments like glaucoma, addiction to cigarettes and alcohol, chronic anxiety, and an underfunded government.

There's nothing more indicative of how drastically America's attitudes about pot have changed than this song. Culturally, pot was once relegated to slackers and stoners, but now the pro-legalization camp is selling it as a socially responsible miracle drug. Although marijuana may be slowly getting legalized in a growing number of states now, it's always been a part of American culture...just not legally. Hell, there are almost as many songs about pot in the American Songbook as there are about love. Makes you wonder what some of these classic marijuana songs would sound like with a 2014 makeover of their own...

This song is over 80 years old. Your grandma probably listened to this song. Which is about weed. Just think about that.

Back then Mary Jane was an easy-lovin' disco babe. Nowadays, she'd be a health-conscious hipster. My, how the times have changed.

"Drop out of life with bong in hand, following the smoke to the riff-filled land." "Dopesmoker" is the THC-filled magnum opus for doom stoner metal band Sleep. Fun fact: I saw Sleep in concert a couple years ago, and you could practically smell the weed coming off the venue before you even went it.

Rest in Power to DJ Rashad, who died this April. But the question still stands: why you smoking reggie? You know you can just get better stuff at the dispensary.

Look, I don't need to tell you this. If you're reading this article, I assume you have been in 10th grade at some point, and thus most likely were forced to listen some idiot you had a crush on struggle to play Sublime on his guitar.

The Mighty Diamonds, "Pass the Kouchie"

Okay, "Pass the Dutchie" may not have been about weed, but The Mighty Diamonds song that Musical Youth was covering was most definitely about weed.

"Hey hey hey, smoke weed everyday." Snoop Dogg has practically made a career out of being one of America's most famous weed smokers, most famously in this song.

If only Missy Elliott could remake this catchy weed anthem so we could all relieve the Golden Years of Missy Elliott.