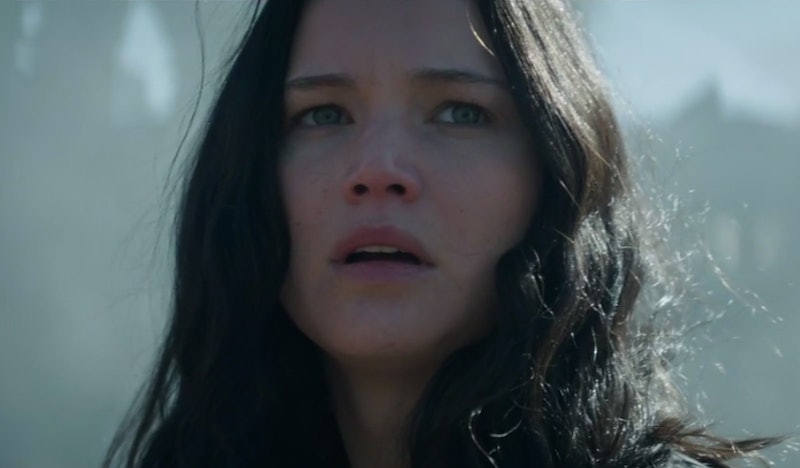 Both sides of Panem's warring forces have their hands pretty full with Katniss Everdeen in Mockingjay. She's a little...emotionally fragile, for one, and a little belligerently and spontaneously rebellious for another. But if there's one thing they can count on, it's her having a lot of very understandable feelings about her home district. And so we have the setting for the most recent Mockingjay clip, in which Katniss visits District 12. District 12, of course, is not doing so well.

As Philip Seymour Hoffman's Plutarch says in the clip, in order to get Katniss to accept her Mockingjay duties and lead the revolution against the Capitol they have to "make it personal for her." Mission accomplished, I'd say.

Yeaaaaah, Katniss' hometown is what one might call "smoldering rubble" in this clip, which is bad for Katniss but really great for Jennifer Lawrence's face-acting game. Girl knows how to sell that heartbreak, is all I'm saying. This is also the first time we get to hear Lorde's "Yellow Flicker Beat" contribution to the soundtrack over actual footage, and I've gotta say: It's working pretty well. Solid choices all around.

According to Hypable the clip was released through a marketing game in which fans tweeted the hashtag #UnlockMockingjay in order to get a peek at the trailer.