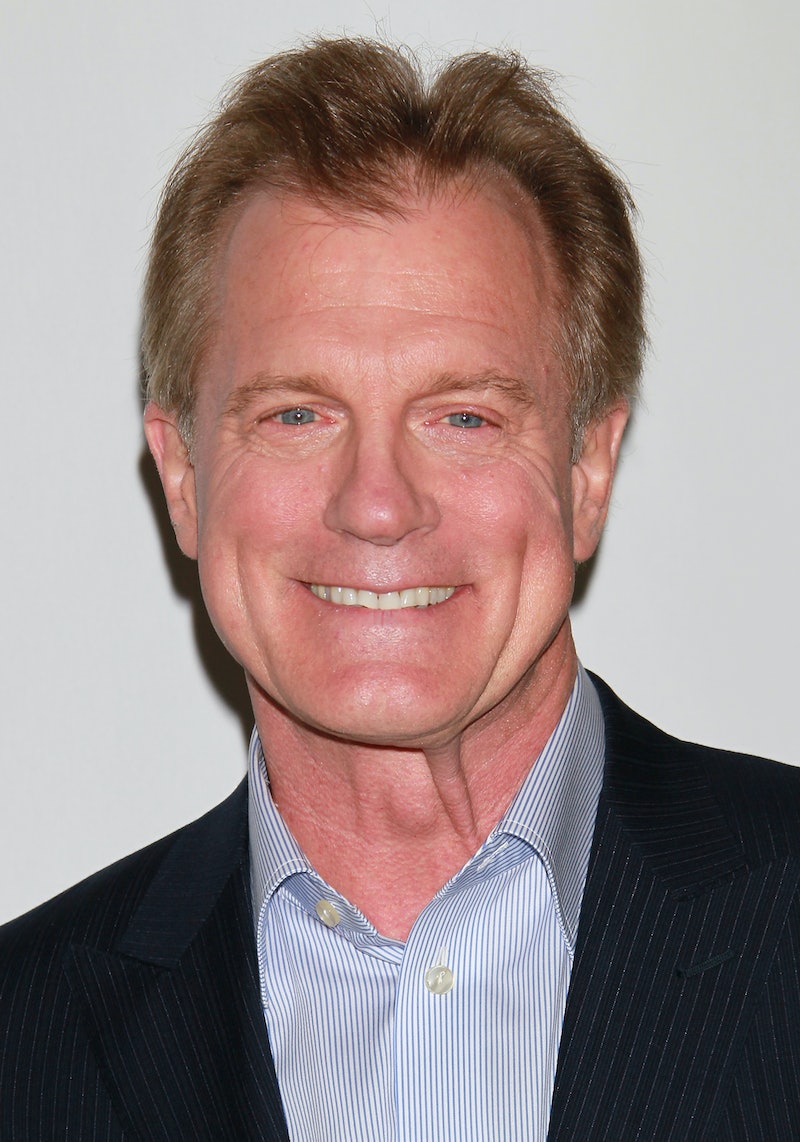 Just when we thought the Stephen Collins' child molestation case couldn't get more horrifying, we were proven very, very wrong. The shocking story that the 7th Heaven star confessed on tape to sexually abusing three children is still at the forefront of our minds, but it only seems to get worse as more and more details are released. On Tuesday, it was alleged that another sexual abuse victim reported Collins to the Los Angeles Police Department for molestation that she suffered at his hands 30 years ago when she was 13 years old. Now, TMZ is reporting that police are searching for Collins' third sexual abuse victim, and I'm not sure how I feel about that.

More than anything right now, I want the victims of this horrifying crime to receive the justice that they have been denied for possibly decades. I want them to be able to heal. According to TMZ, the third victim that they are looking for was the 13-year-old babysitter for Collins' daughter and, allegedly, he would "repeatedly drive with the babysitter in the front seat with their 6-year-old daughter in the back seat and expose his penis to the babysitter." As horrifying as that is to read, it must have been a hundred times more horrifying to live through. Reportedly, police now want to talk to the woman and have yet to make contact with her...but what if that's how she wants to keep it?

You can't force an abuse victim to come forward. You can encourage them to and you can promise them your support, but ultimately it is their decision whether or not they feel ready to talk about what happened to them. In many ways, it's simply practical self-preservation. In the case of this woman, it might have taken a lot of time, a lot of therapy, and a lot of support from trusted loved ones in order for her to put her abuse behind her — and even that doesn't necessarily mean that she's over it. That doesn't necessarily mean she ever will be. Having to see Collins' name in the headlines could have inspired her to come forward — like the victim who went to the LAPD — or it might simply be like reliving a nightmare to her, undoing years of rebuilding her personal strength.

In other ways, it could simply be that the woman is satisfied to see Collins being brought to justice for sexual abuse even if it's not specifically for sexually abusing her. Thankfully, the names of the women that Collins is said to have sexually abused have not been released publicly, but that's not to say that they might not be leaked in the future. Taking the risk of being forevermore known to the general public for this single event takes more personal strength than anyone can reasonably ask someone who lived through something like that to display. Quite honestly, while I understand that the police need to find the third victim in order to best build their case against Collins, I think it's more respectful to wait for her to come forward herself or respect her privacy if she chooses not to speak to them. At the end of the day, that's her right.