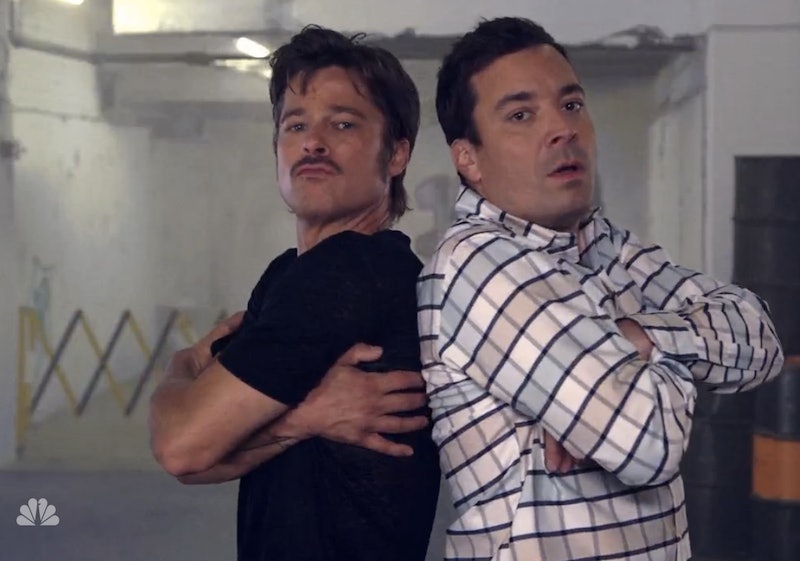 So we already knew that Brad Pitt is one of the most versatile, talented actors in the game right now. Between films like The Tree of Life, 12 Years a Slave, Inglourious Basterds, and Fury — and that's just from the past few years!) — Pitt's proven that time and time again. But who knew the dude was this versatile? In an appearance on The Tonight Show to promote his upcoming World War II film, Fury, Brad Pitt participated in a breakdance competition with host Jimmy Fallon, as part of a hilarious skit involving the two talking to each other using dance moves.

Sure, it's probably a body double who's pulling off those moves, but still, it counts.

The skit (which is complete with retro early '90s hip-hop music every time Fallon or Pitt breaks out in a dance — perfection) basically features Fallon and Pitt exchanging breakdancing moves in an underground parking garage, which turns out to be some intense interpretive dance moves. I won't spoil their conversation, of course, but it's pretty elaborate.

Can this be proof that Pitt's next movie needs to involve some breakdancing scene of some sort? Angelina Jolie can just write it into By the Sea . I'm sure she wouldn't mind showing off her new hubby's fake-awesome dance skills, right? 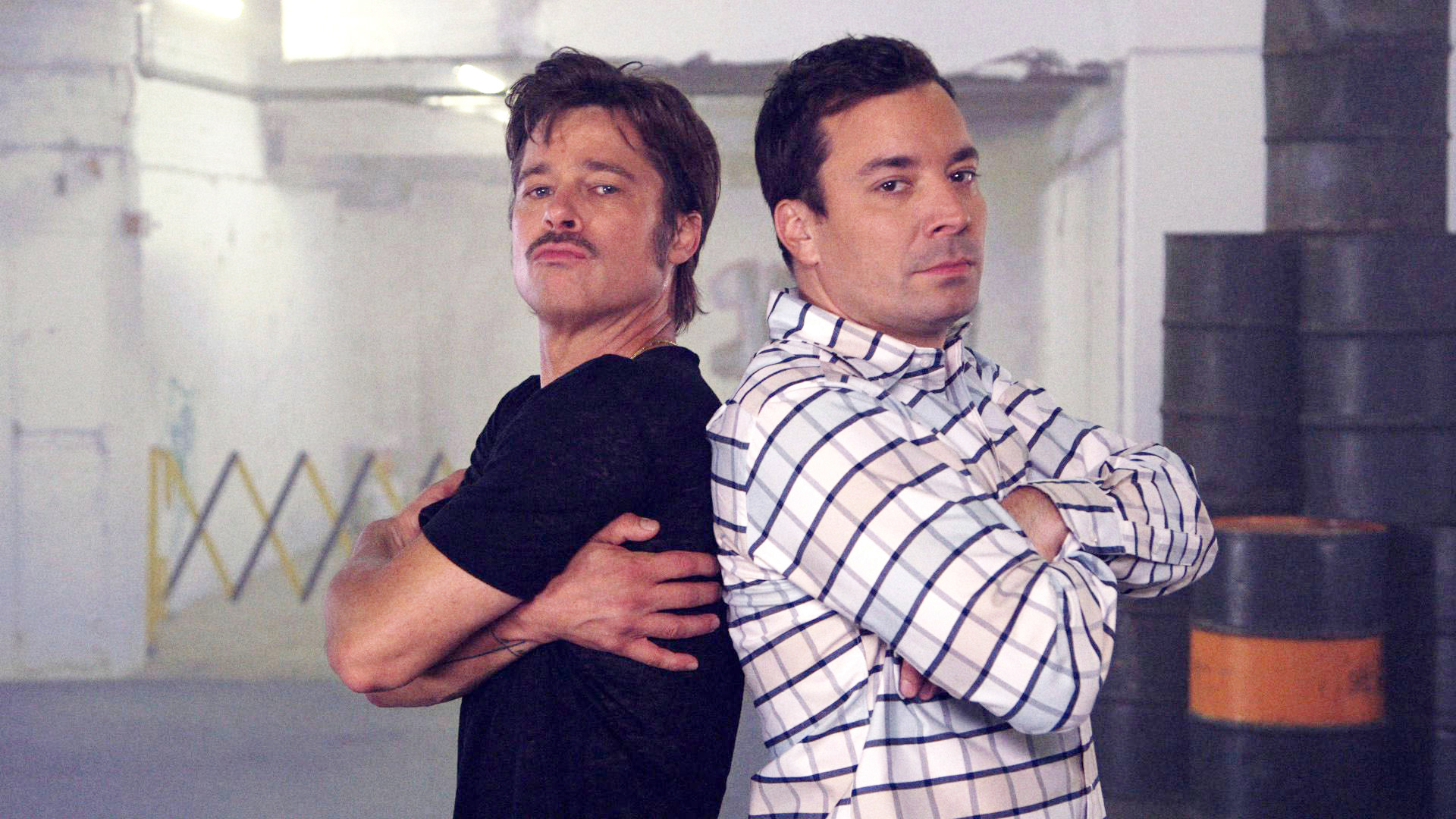