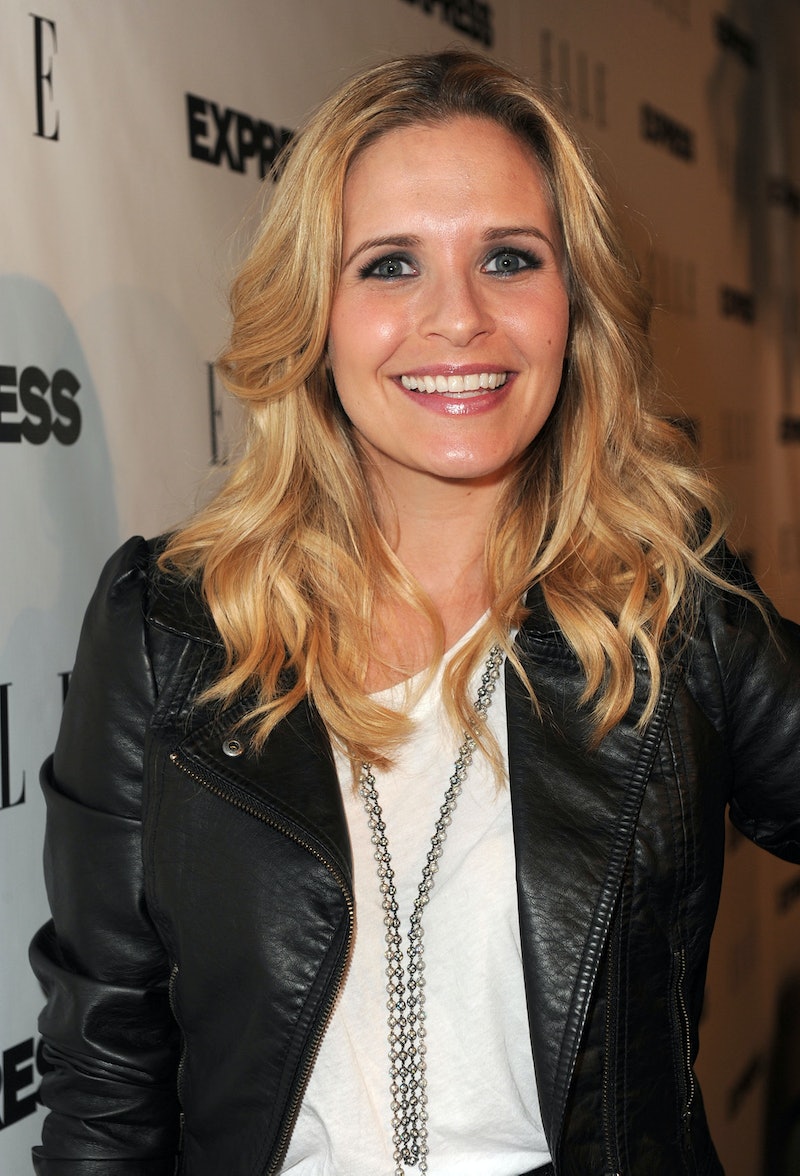 Now that one of her biggest secrets has been exposed, Ellis Grey has a lot of explaining to do on Grey's Anatomy . Her secret daughter, Maggie — who is also a product of her affair with Richard Webber — is in Seattle demanding answers, and now that Meredith knows she's got family she never knew about, she wants answers too. Unfortunately, the only person who can give us those answers is long dead... but that, of course, is where flashbacks come in. Hello, young Ellis Grey! In seasons past, a pre-Alzheimer's Ellis Grey was played by Sarah Paulson, but she seems to be a little busy these days with American Horror Story: Freak Show. Unsurprisingly, young Ellis has been recast, and in Thursday night's new episode (and maybe even more episodes in the future?) we'll get to see Sally Pressman as the younger version of Meredith's mother.

I can't wait to see Ellis' past unfold. Whatever flashback sequences we get will be awesome, because backstory is an area where Shonda Rhimes always shines. So who is Sally Pressman? She's somebody you're probably already familiar with, even if you don't realize it yet.

She's best known for her role on Army Wives

In Lifetime's military life drama, Pressman played Roxy LeBlanc, a young military wife and mom who is married to a sergeant. On the show, Roxy dealt with a traumatic, emotionally turbulent past, which means Pressman is well seasoned for anything Grey's could possibly throw her way.

And she's had guest spots on Scandal & Once Upon a Time

In the Shondaland recycling bin, most guest stars end up lucking into a spot on both Grey's and Scandal, and Pressman appeared on Scandal quite a bit. Remember that time Lisa Kudrow ran for president? Pressman played her sister-turned-assistant, who was eventually revealed to be the daughter Kudrow had as a teen in a multi-episode arc. This means she shared the screen with Kerry Washington more than once, so Pressman is officially the luckiest person ever.

She's also been cast in a mysterious Once Upon a Time guest role, because apparently she's so lucky she gets to spend time in Shondaland and fairy tale realms.

She hosts her own talk show, Ladies on Top

Only one episode has aired so far, but New Girl 's Lamorne Morris was her first guest. On the show, Pressman and co-host Angelique Cabral play "bored Hollywood housewives."

And her kid is an artistic genius

Seriously. These Halloween stickers though!