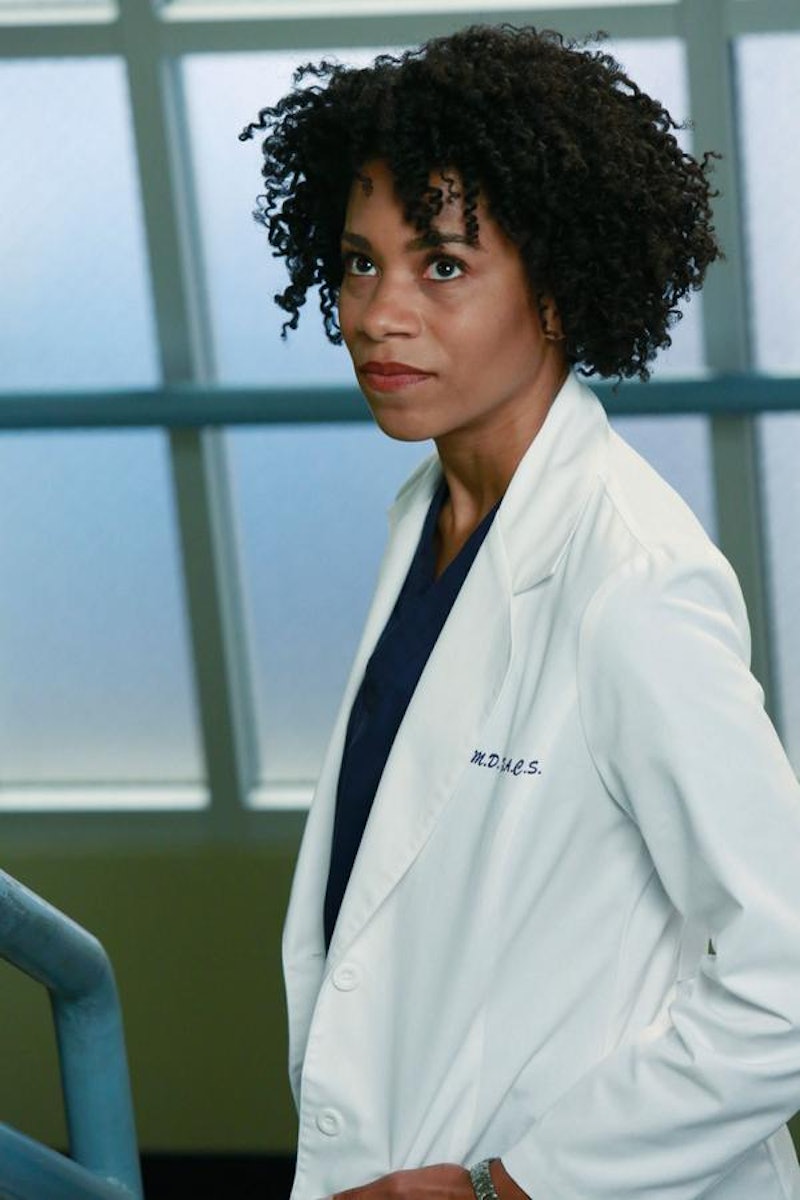 It's week two of Grey's Anatomy with Meredith's hated new sister Maggie Pierce and an interesting development was introduced: Maggie could have Alzheimer's. It wasn't directly referenced, but her mother is Ellis Grey, who suffered from the early onset version of the disease, and Maggie seems to have some memory problems of her own. This episode resident Jo Wilson was assigned to Maggie's service, but Maggie could not for the life of her remember the name "Wilson." She called her a variety of names during the episode from Willis to Watson, and in the end only got her name correct because she wrote it on her arm.

Call me crazy, but Wilson is not that hard of a name to remember. Things got even stranger when Wilson corrected her and Maggie replied, "Huh, I'm usually so good with names." Foreshadowing much?? Plus we already know young Ellis Grey is being recast for the season meaning her own path to Alzheimer's could be a storyline.

But we do have to remember, this is Shonda Rhimes and usually the most obvious answer isn't the right one, so we might have to hold off on our Alzheimer's diagnosis for now. Still, fans seem to think the evidence is quickly piling up.

But whether or not the theory is true, Maggie is definitely getting fans talking. Last week they hated her even more than Meredith did and this week many complained that they wish it was Yang instead of Maggie on the show. Look, I miss Cristina Yang too, but I do appreciate that the writers aren't replacing her. Maggie may have her job, but she isn't another Yang. She's smart, yes, but personable in a way Yang never was. Fans loved Yang for who she was, but that doesn't mean the show should have cast another character just like her.

Maggie may be similar to Lexie Grey and she may be a heart surgeon like Cristina Yang, but she's also her own person. Which is part of the reason why I can't stand that some people have taken to calling her "Black Meredith." Not only is that racist and out-of-line, but it's depriving her of being her own character on the show.

Maggie is not the ethnic version of her sister, she's a unique character all her own with her own story lines. And who knows, maybe one of those plot points will be her Alzheimer's one day. It certainly does seem like Rhimes is laying the foundation for that.