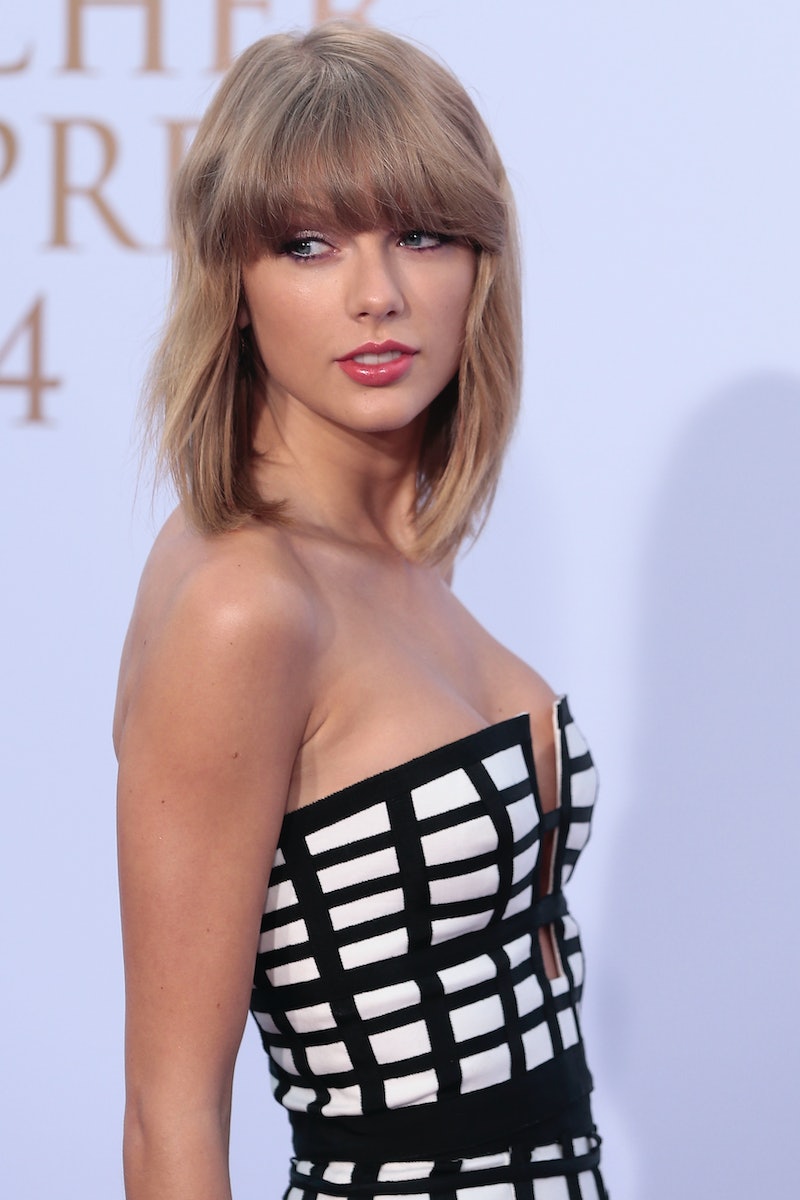 In the time that I've been a fan of Taylor Swift (about seven or eight years now, wow) I've found that she doesn't get nearly enough credit for how immensely talented she is. Yes, she sings and she plays guitar, but she also writes her own lyrics and guys, they're really good. So, sometimes she pens more of a surface pop song, so what? If you've been a fan as long as I have, you know that the majority of her tunes are clever, heartfelt, and sincere, with the occasionally sprinkling of a fun, dance-y hit. Hence her rabid and enduring following. People feel like she understands them — even people like the amazing Lena Dunham who called dibs on a Taylor Swift song for her future wedding.

It's not much of a secret that these two have become pretty close as of late, especially since Swift is making beautiful music with Dunham's partner, fun. guitarist Jack Antonoff. And by beautiful music, I mean literally. Have you heard "Out of the Woods" yet? Antonoff produced and co-wrote that track.

MTV News pointed out that Swift posted some wonderfully cryptic lyrics on her Instagram on Thursday, and Dunham responded by telling Swift that she's going to make that her wedding song one day. Quite an honor for Swift, if I do say so myself.

The Girls star's dibs on the song brings up a whole load of questions, though. Like, did she write it for them on purpose? Did Dunham just identify with the song because Swift is an emotional healer? In either case, it got me thinking about other potential songs that would best fit all of her famous friends.

"COME BACK, BE HERE" FOR LORDE BECAUSE SHE'S FROM THE OTHER SIDE OF THE WORLD

"NEVER GROW UP" FOR HAILEE STEINFELD, BECAUSE SHE'S STILL A LIL NUGGET

"YOU'RE NOT SORRY" FOR SELENA GOMEZ & A CERTAIN CANADIAN