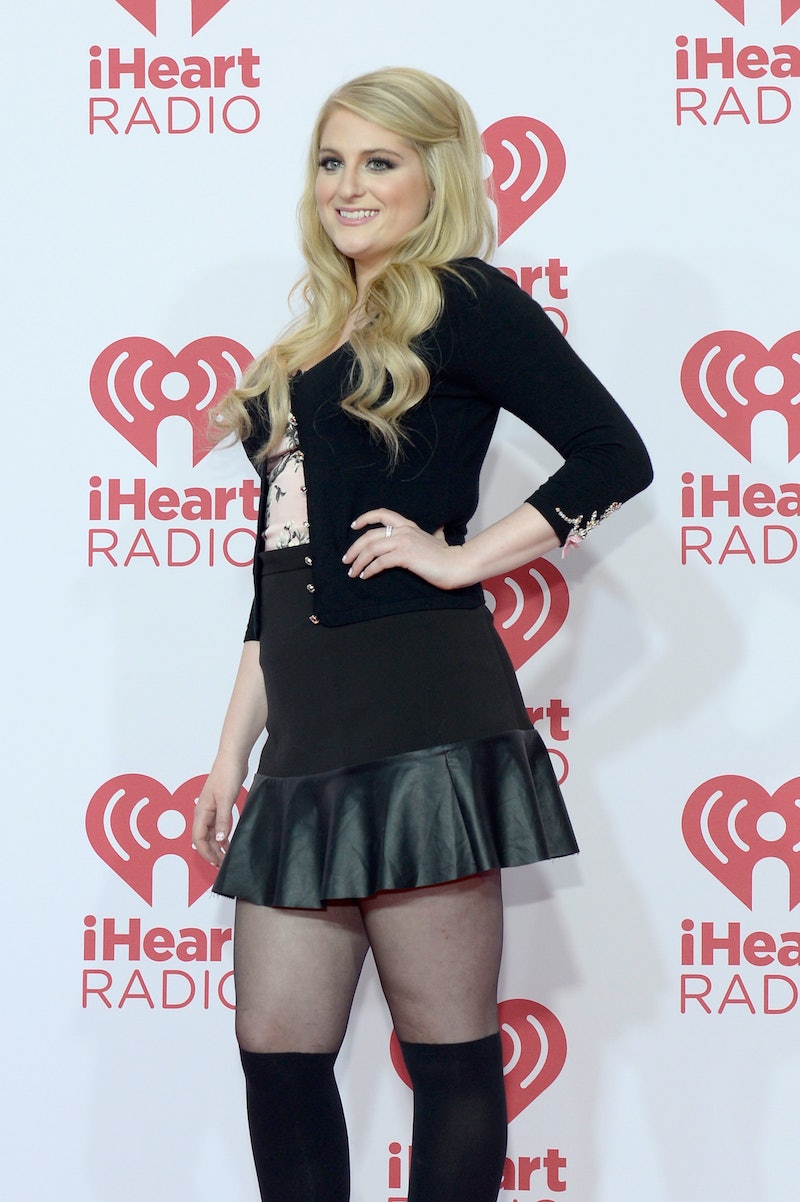 Proof that Meghan Trainor's upcoming debut album is going to be way more intense wonderful than anyone can imagine: Apparently, Trainor literally shed sweat, tears, and blood while making it. According to USA Today, Meghan Trainor had to go on vocal rest while recording her album, which is due out in December, because she was working so hard on it that she developed polyps — or, benign abnormal tissue growths — on her vocal chords. That is, if you recall, the same thing that songstress Adele suffered from back in 2012.

"They were brutal," Trainor explained. "I was like, ‘I’ll never be a pop star. There it goes. Bye-bye.'"

Doctors reportedly put Trainor on vocal rest immediately when the polyps were discovered, and that lasted about two months. When Trainor did start singing again, she was reportedly worried that her voice didn't sound as strong as before — but after singing some of the album's vocals while lying flat on her back to promote a stronger tone, Trainor was back in full form.

Luckily, this is generally the case for a lot of patients who develop polyps on their vocal chords, like Trainor and Adele: According to UCLA Voice Center for Medicine and the Arts director Gerald Berke, MD, changes in the voice are uncommon. "As for changes in voice, unless there’s a significant amount of tissue loss, there is no vocal change. It’s very rare," she told WebMD back in 2012, when news of Adele's condition broke.

Thankfully, Trainor's condition wasn't more serious — and can I just say, she seriously deserves respect for powering through something like that. Get it, girl.