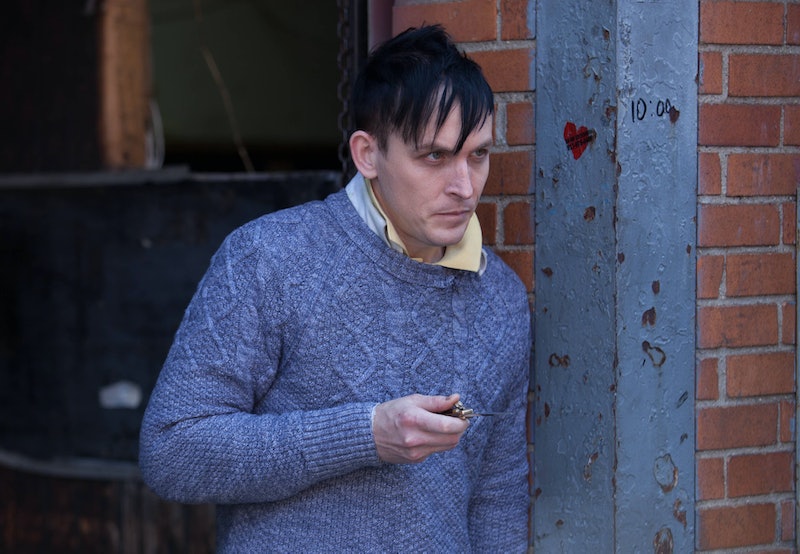 When I first heard that Fox's new Batman drama Gotham was creating a new villain named Fish Mooney for the series, I was a bit confused. After all, the mythology of Gotham City runs deep — there are so many existing Batman characters to adapt that it was hard to see why the show would ever need to create an entirely original character. But after several episodes of Gotham, I began to speculate that there was a big reason behind original character Fish Mooney's place on the show — one that might mean the career criminal isn't long for this world. As Oswald Cobblepot — aka the future Penguin — says, "there's a war coming," and one casualty might just be Mooney, killed by Cobblepot himself.

There are a lot of liberties that the series' writers can take with Mooney's character knowing that she doesn't have to stay true to any original story. We don't know Mooney — outside of Gotham, she doesn't exist, and I think there's a very important reason for that. One theory is that Mooney is on the show to serve as a vehicle for Oswald "Penguin" Cobblepot's ascent to the top of the organized crime chain of command. Gotham is a Batman origin story, and in this case, Mooney is a significant part of shaping the man Cobblepot will eventually become — because he eventually takes over her role in Gotham.

Mooney is a huge personality and presence on Gotham, and had she continued with a life of crime after an adult Batman sprung onto the scene, she would most likely go head-to-head with the masked vigilante. But... she doesn't. She doesn't even exist when Batman arrives, at least not in any version of his story that we've seen before. But the Penguin does, which leads me to believe that Penguin assumes Mooney's role in Gotham after murdering her and intertwining himself in her affairs. Let's not forget this genius theory from Bustle writer Kayla Hawkins, who points out that Cobblepot's animal likeness, the penguin, consumes fish to survive . That's one major clue that could point to Mooney's demise.

If Mooney's death is crucial to the Penguin's criminal life, then the only question now is when she'll go. I have a feeling that Mooney will survive the first season of Gotham — why bring in a big name like Jada Pinkett-Smith just kill her off after several episodes? That's not to say that her death couldn't be a looming in the distance. If Gotham wants to shock fans — and make them desperate for a yet-to-be-confirmed Season 2 —the series could kill Mooney off in the first season finale and begin the second season of the show with a power-crazed Penguin on the rise.

But while it makes a lot of sense for Mooney to die, I hope that this lady sticks around for quite some time. Sure, she's incredibly wacky and a criminal, but she's also a total badass who can take on any of the male gangsters in her field. Let's hope that the Penguin doesn't catch up with Mooney quite yet — I'm too intrigued to lose her already.