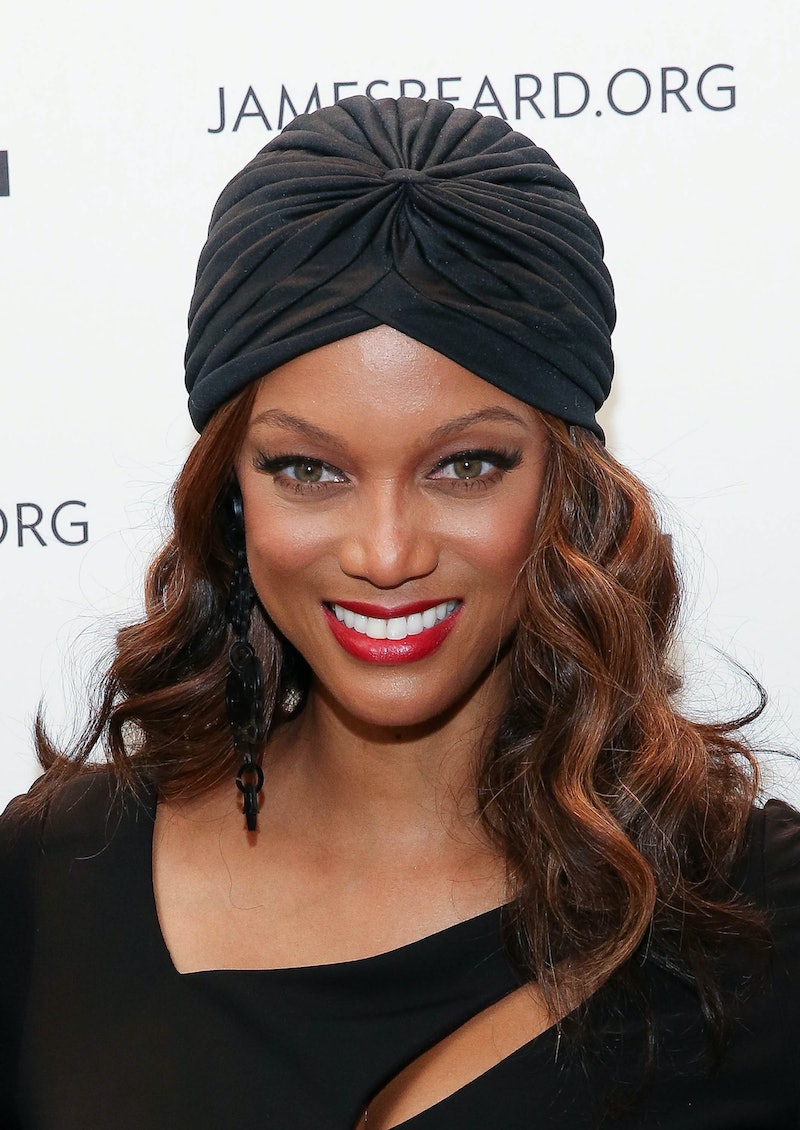 I can come up with a million and one ways to describe Tyra Banks' greatness. She's a former Victoria's Secret and Sports Illustrated supermodel with an affinity for made-up words like "smizing" and "tooching." She's the owner of TYRA Beauty, a new cosmetics collection that will probably spark incidents of spontaneous pose-offs between random strangers on the street. The America's Next Top Model host also writes for the Wall Street Journal from time to time, and her brow-raising Instagram page is home to some of the craziest selfies known to mankind. Obviously, that's not all, though — in a recent interview, Tyra Banks proclaimed without question that she's a feminist.

"I do consider myself feminist, yeah," Banks told Yahoo! Beauty when discussing her makeup line. "Totally. Even when I was a model with my bra and panties on for a Victoria’s Secret fashion show. Sure, I was stompin’, and I know guys were like, ‘Woo, look at Tyra.’ But I know that my body being thicker on that runway meant something. A lot of the things I did in my modeling career as a woman of color was part of that feminism — of expanding the definition of beauty and making women feel beautiful, no matter what color their skin is."

Considering her background as an African-American model, Banks certainly has firsthand experience with the industry, and it's great to see her mesh messages of anti-racism, anti-sexism and body acceptance with the powerful force of feminism. And, ultimately, her stance on feminism couldn't be more representative of what's truly important: "Right now, with women in power, and not apologizing for being strong or wanting to make money or to be on top, that’s my message — and that’s all feminism," she continued.